The Head of Karelia Arthur Parfenchikov took part in the opening ceremony for a new school in the village of Ledmozero, and told about developing a regional cadet education program for the children from remote settlements in Karelia.

On September 3, 2018, the village of Ledmozero (Muyezersky District of Karelia) hosted a big event: a new village school started a new school year with raising the national flag and playing the national anthem. The new school, considered the most up-to-date secondary educational institution in Karelia, will be able to enroll 330 kids.

Children living in Ledmozero will no longer have to squeeze into an old wooden elementary school building. The new modern and comfortable school would do credit to any large city.

The new school was built to replace an old and unsafe one under the federal assistance program for building new general education institutions in the subjects of the Russian Federation.

The three-story reinforced concrete panel building was constructed using Finnish technologies. It is suitable for Karelian climate, which means that the new school will be warm and comfortable.

The school has an elevator and all the necessary equipment for children with disabilities.

Spacious school rooms and halls meet all the applicable construction and sanitary standards. The building is equipped with the necessary electricity, heat and water supply, sewage, ventilation and fire extinguishing systems, and its elevator and doors are fireproof.

The surrounding area facilities include asphalt pathways, green lawns, a recreation area with a special zone for outdoor games, athletic field with mini football, basketball and volleyball grounds, gymnastic equipment, a long jumping zone, a treadmill and others athletic facilities.

The school will be used not only for standard lessons. During the second half of the day, music and sports lessons, as well as other extracurricular activities will be organized for children. In fact, the new school is meant to become a real educational center for the village and even for the whole Muyezersky Dsistrict.

The Head of Karelia Arthur Parfenchikov attended the opening ceremony.

"We all have been waiting for this special day - this is the first new school to be opened in Karelia in 10 years. It is an excellent modern school building, where children will be able to get both general and supplementary education. This is a great example of what schools should be like in our cities, towns and villages," he said.

Arthur Parfenchikov also added that new large schools in Petrozavodsk, Sortavala, Kem and Medvezhyegorsk are expected to be built under the relevant federal program.

"Children who live in remote places should have the same education conditions as children from Moscow, St. Petersburg and Petrozavodsk. I firmly believe that we will succeed in this endeavor, because without it there can be no further development in the region," he said.

Local school teachers and the employees of Karelstroimehanizatsiya (KSM) construction company received appreciation letters for their professionalism and integrity. It took KSM company less than 9 months to build the new school, which is 3 months earlier than expected.

The opening ceremony was also attended by Dmitry Ivanov, a representative of the Russian Ministry of Education, who delivered the welcoming address on behalf of the Minister of Education and in particular said that 67 new schools were opened across the country by the beginning of the new school year and 168 more will be opened by the end of the year.

All 210 students took an oath of loyalty to their new school. Boris Zhadanovsky, the CEO of KSM company, handed a symbolic school key to the school principal Sergey Falkov. After that, six schoolchildren - three graduates and their younger sisters - rang the first bell.

After the opening ceremony, Arthur Parfenchikov walked through the school building and inspected the classrooms, workshops, a canteen, a medical unit and sports halls.

Arthur Parfenchikov also told about the plans for developing a regional cadet education program, which will give children from certain Karelian villages an opportunity to study at the Presidential Cadet School and the Karelian Cadet Corps. 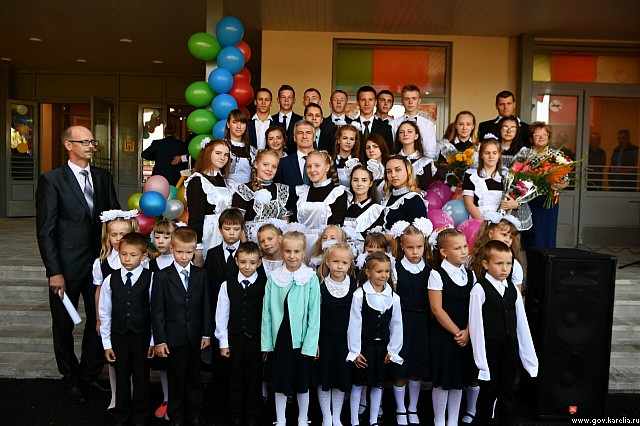 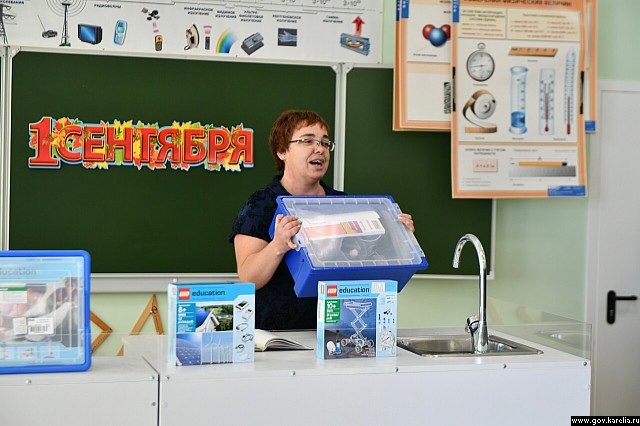 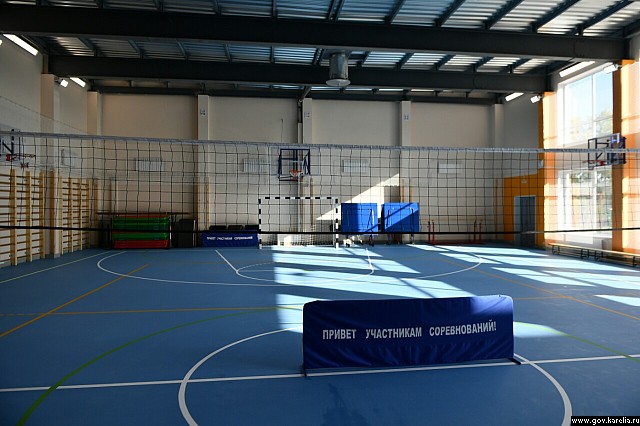 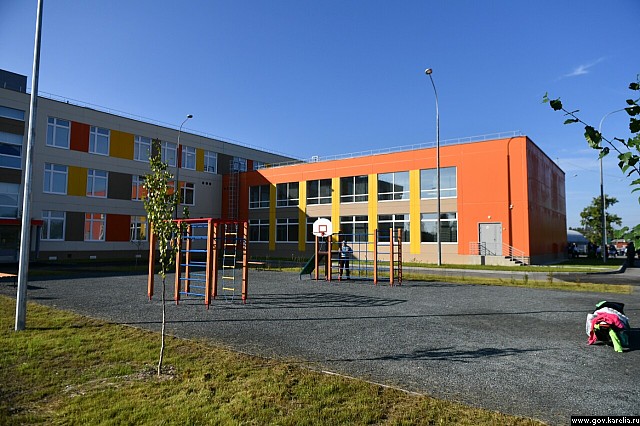 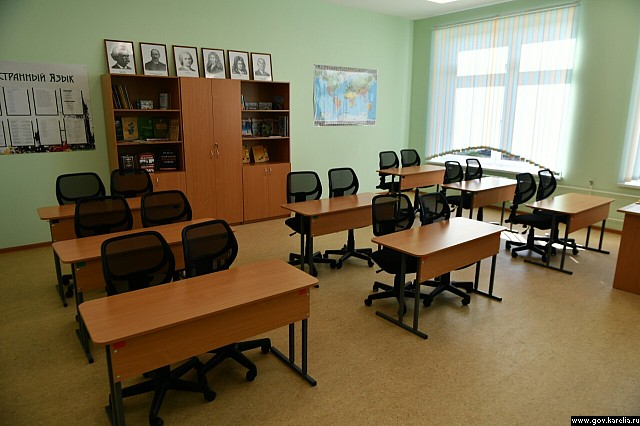 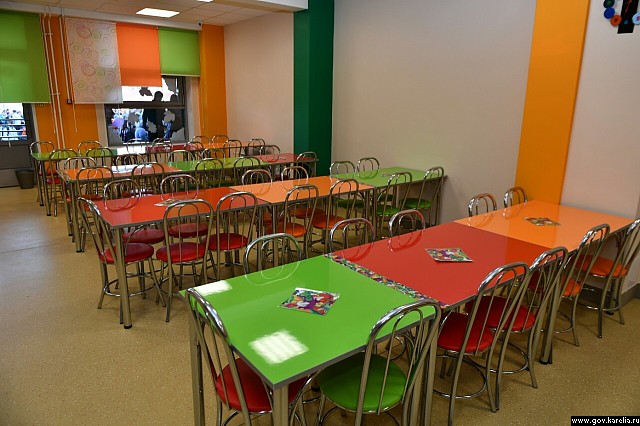 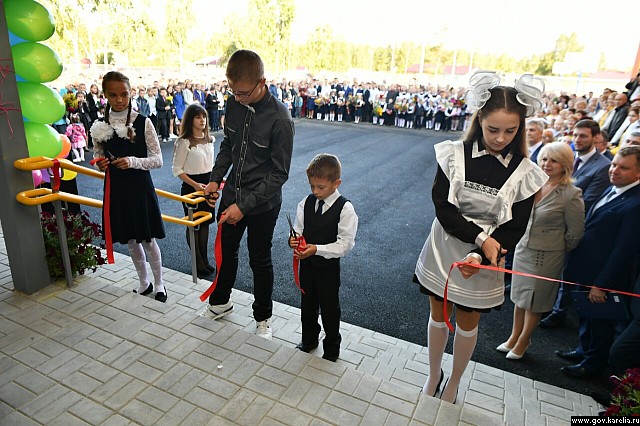 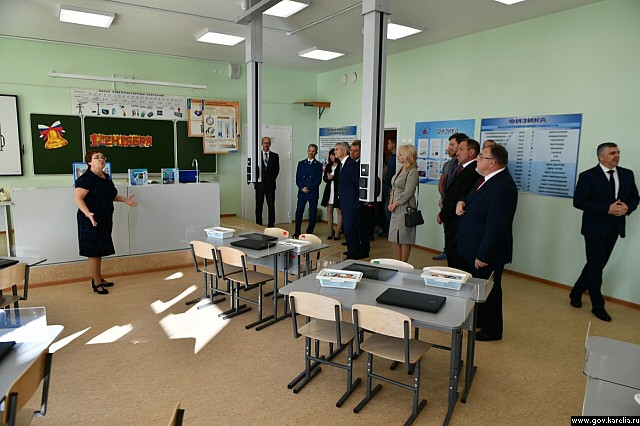 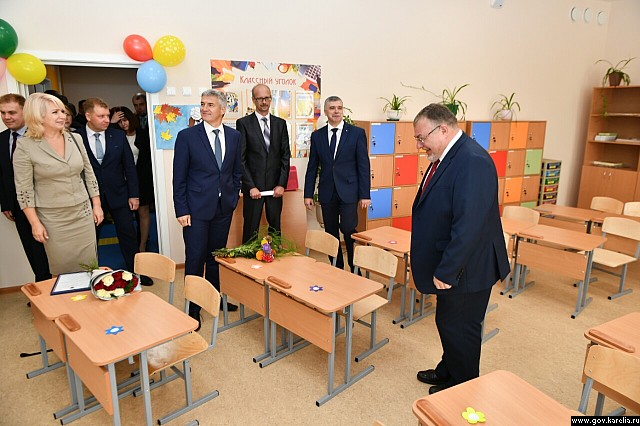 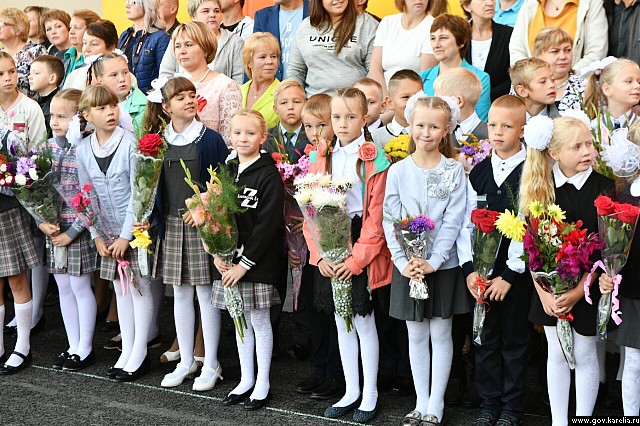 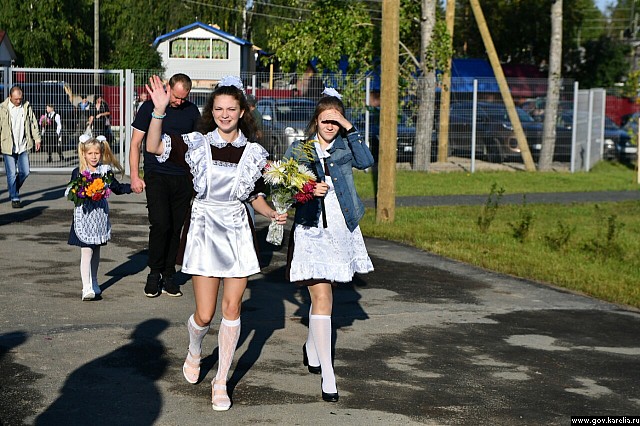 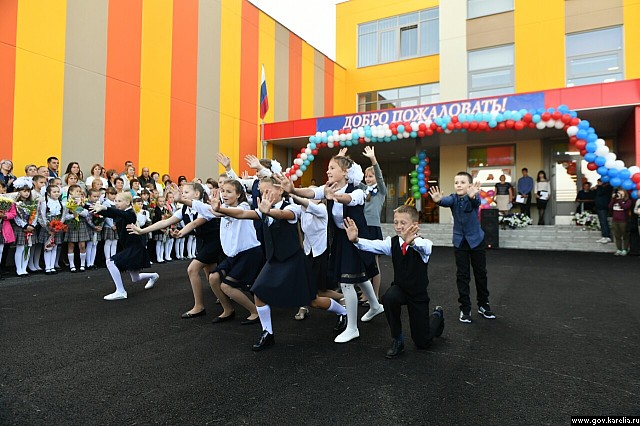 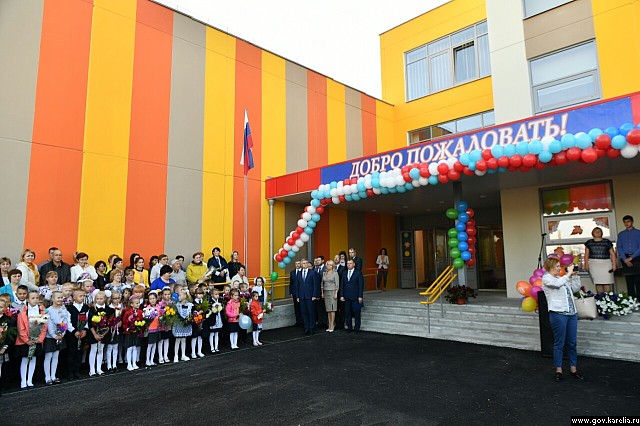 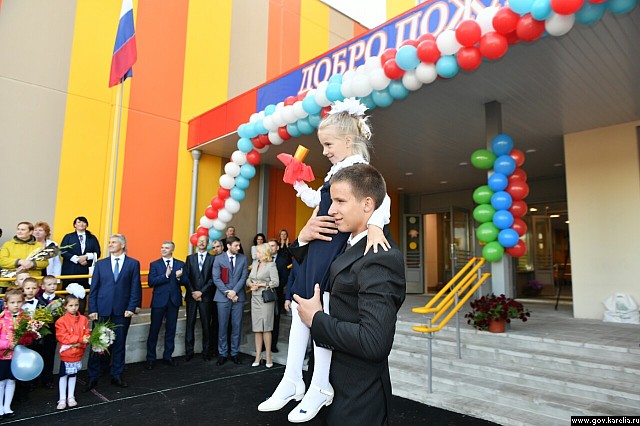