In the year of the 75th anniversary of the Victory, an extensive program of cultural events is being prepared in Karelia

Traditionally, the largest events will be held in Petrozavodsk and the regions of Karelia on May 9.

On February 3, the Government of Karelia held a regular meeting of the Victory Organizing Committee, chaired by the Deputy Prime Minister of the Government of Karelia on social issues Larisa Podsadnik. The representatives of the executive authorities of the republic, public and veteran organizations discussed the preparations for the anniversary of the Victory in the Great Patriotic War. The range of the cultural events dedicated to the memorable date was one of the important issues. The information on the issue was presented by the Minister of Culture of Karelia Alexey Lesonen.

The activities dedicated to the anniversary of the Victory are being held in the republic throughout the year. Traditionally, cultural and leisure institutions are the main organizers of the celebrations. On the eve of the anniversary, from late April to early May, public cleanups for garbage collection and rehabilitation of the memorial sites will traditionally be held in all parts of Karelia.

Twelve municipal cinemas of Karelia will become participants in the network project “The Cinema of the Victory”. The audience will be offered a retrospective demonstration of the best Soviet and Russian films about the Great Patriotic War and themed issues of “Soviet Karelia” documentaries. History lovers will be able to learn more about military history on the newly created thematic section of the Internet resource “Wiki Karelia”.

Let us remember that on the eve of the holiday the Museum of the Karelian Front in Belomorsk will be opened, created on behalf of the President of the Russian Federation. Its opening is scheduled on May 7, 2020.

On May 9, durbars and solemn ceremonies of laying flowers and wreaths at memorials and memorial sites, the St. George Ribbon and the Immortal Regiment campaigns, festive concerts, literary and musical compositions, patriotic song and drawing contests, book exhibitions, and sporting events will take place in all municipalities.

The Ministry of Culture of Karelia and the Administration of Petrozavodsk have developed the holiday concept in the capital of the republic and, together with partner organizations, are preparing for the celebration. On May 9, the memorial complex “The Alley of Memory and Glory” and “The Tomb of the Unknown Soldier with the Eternal Flame of Glory”, Karl Marx Avenue, Kirov Square, “Yamka” Park on the territory of the former Onega Tractor Plant will be the main sites of the celebrations.

The great festive program on May 9 includes a solemn ceremony of laying flowers and wreaths, a parade on Kirov Square (which will be preceded by the online broadcast of the parade on Red Square in Moscow), and the All-Russian campaign “Immortal Regiment”. A series of spectacular events will take place on the main stage of the city, Kirov Square, during the whole festive day: the theatrical performance opening of the festive events “The Roads of the Great Victory”, the dance flash mob “May Waltz”, the program “The Sports Ode to the Victory”, which includes the showcase performances of the sports schools pupils of the city and the traditional mass athletics relay race. Then, a festive concert marathon will be launched with the participation of the best groups and solo performers of the city and the republic. 75 songs about the war will be performed by 75 artists in the year of the 75th anniversary of the Victory.

Karl Marx Avenue will be used for the first time as the interactive zone “Moscow - Berlin”. On the eve of the holiday, thematic photo zones and stands will be opened along the avenue, marking the main milestones of the war, the major strategic operations and battles, and the history of Karelia during the war years. On May 9, Karl Marx Avenue will launch the festival "We Cannot Forget These Roads!" The festival in the form of a street holiday will include interactive events and at the same time will present the symbols and life in 1941-1945.

The site “RioRita - the Joy of the Victory”, which will appear on May 9 in all regional centers of the Republic of Karelia, will be another novelty. In Petrozavodsk, it will be located in Karl Marx Avenue and will recreate the music, outfits, dances and the atmosphere of the war era. Professional dancers and anyone who wishes will become the activity participants.

A separate reconstruction program of military operations will be organized in “Yamka” park, performed by the members of the military historical reconstruction club “Styag” and guest clubs.

Currently, the organizers are working on the evening program in Kirov Square. It is expected that a professional military creative ensemble will perform in it.

The anniversary events will finish at 22.00 with the festive fireworks "The Lights of the Victory!" 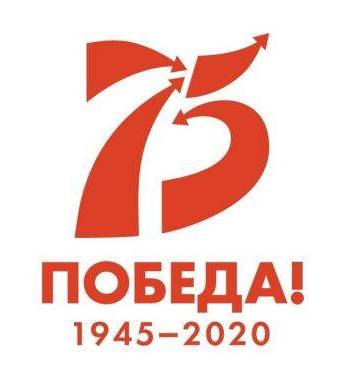 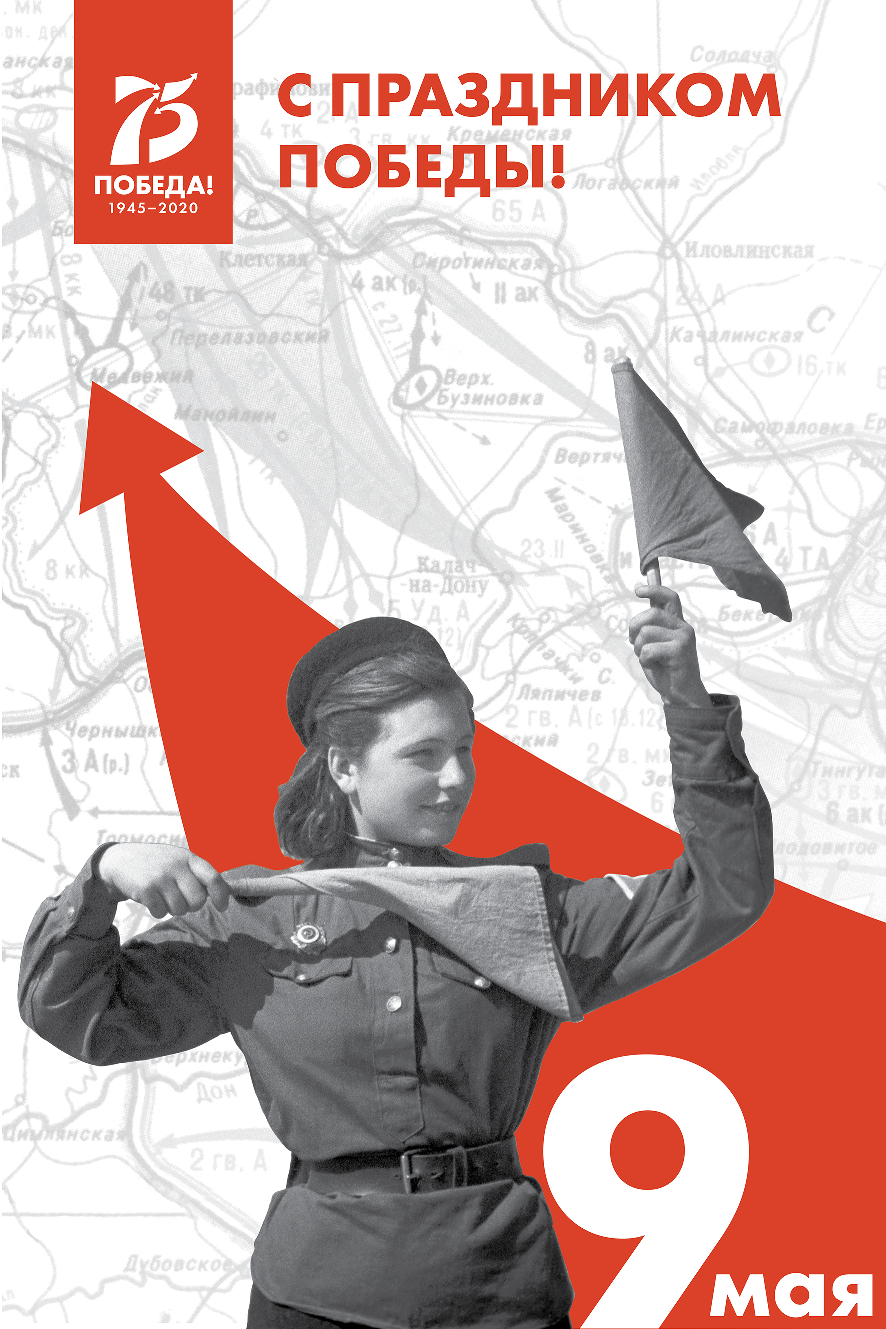 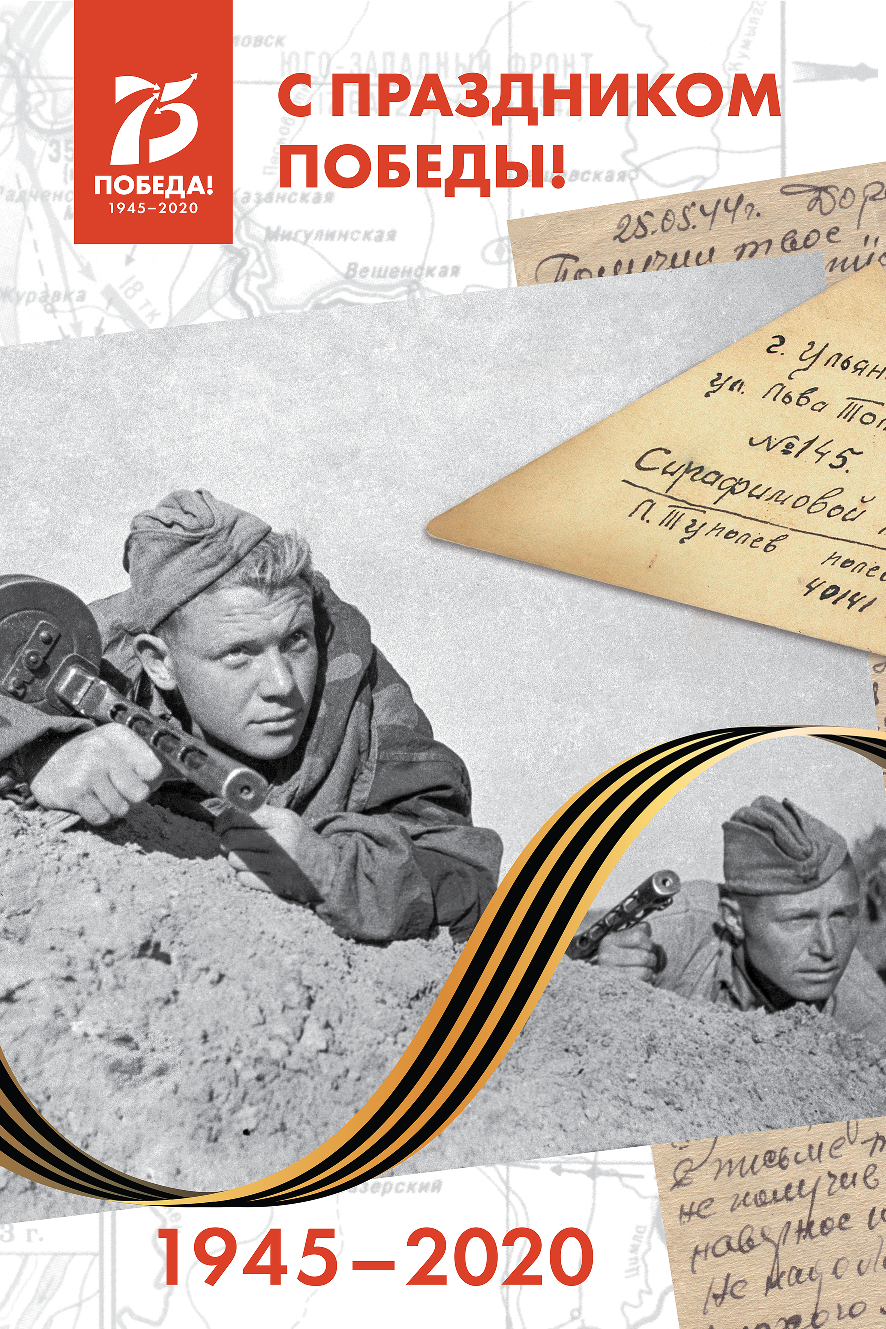