Prime Minister of Russia D. Medvedev held a working meeting with the Head of Karelia A. Parfenchikov

The key theme of the meeting was implementation of the national projects in the Republic of Karelia, the issues of social and economic development of the region.

On September 5, Prime Minister of Russia Dmitry Medvedev met with the Head of the Republic of Karelia Arthur Parfenchikov.

The Head of Karelia reported that the Government of the region has taken the necessary measures for successful implementation of the national projects in all spheres of strategic development. The most significant is the healthcare sector, where positive results have already been noted.

- For the first time in recent years, there has been a downward trend in overall mortality, including the one from the main problem - cardiovascular disease. Much remains to be done on this issue. But the work has been carried out, including the primary medical care units. This year alone we opened 17 new midwifery units in rural areas. We continue this work and, thanks to your support, including that from the contingency fund, we are seriously re-equipping our medical facilities with medical equipment,” said Arthur Parfenchikov.

The Head of the region said that the national projects “Demography” and “Education” are being actively implemented in Karelia. In September, two new kindergartens for 150 and 300 children will open in Petrozavodsk. In total, by the end of the year, 830 places in kindergartens for children up to three years old will be created. The amount of funds aimed at preparing for the new school year has been increased three times.

As of September 1, the bulk of the work of this year on the national project “Safe and High-Quality Roads” has been completed. More than 2 billion rubles have been allocated for regional roads repairs. At the end of 2019, the share of regional roads that meet regulatory requirements will be brought up to 34%.

The Head of Karelia also reported to Dmitry Medvedev on the results of the social and economic development of Karelia from January to July this year and thanked for the support provided to the region as part of implementation of the national projects and the special federal program “Development of the Republic of Karelia for the Period up to 2020”.

One of the important indicators, the investments, has a positive trend. In the first half of 2019, there was a 10% growth in comparable prices, which amounts to 16 billion rubles. At the same time, the main contribution to the growth of the investments was made by small businesses, which investments increased by 1.5 times, exceeding 5 billion rubles, and their share in the total investment amounted to more than 30%.

- At the beginning of 2017, the ratio of public debt to income was 124%. In just two and a half years, we have reduced this figure to 53% in interaction with the Ministry of Finance. We have reduced public debt by 9 billion, our own incomes have seriously grown,” said Arthur Parfenchikov.

Dmitry Medvedev expressed the hope that the work aimed at improving the situation in education, healthcare, the road sector and in creating new jobs would continue. 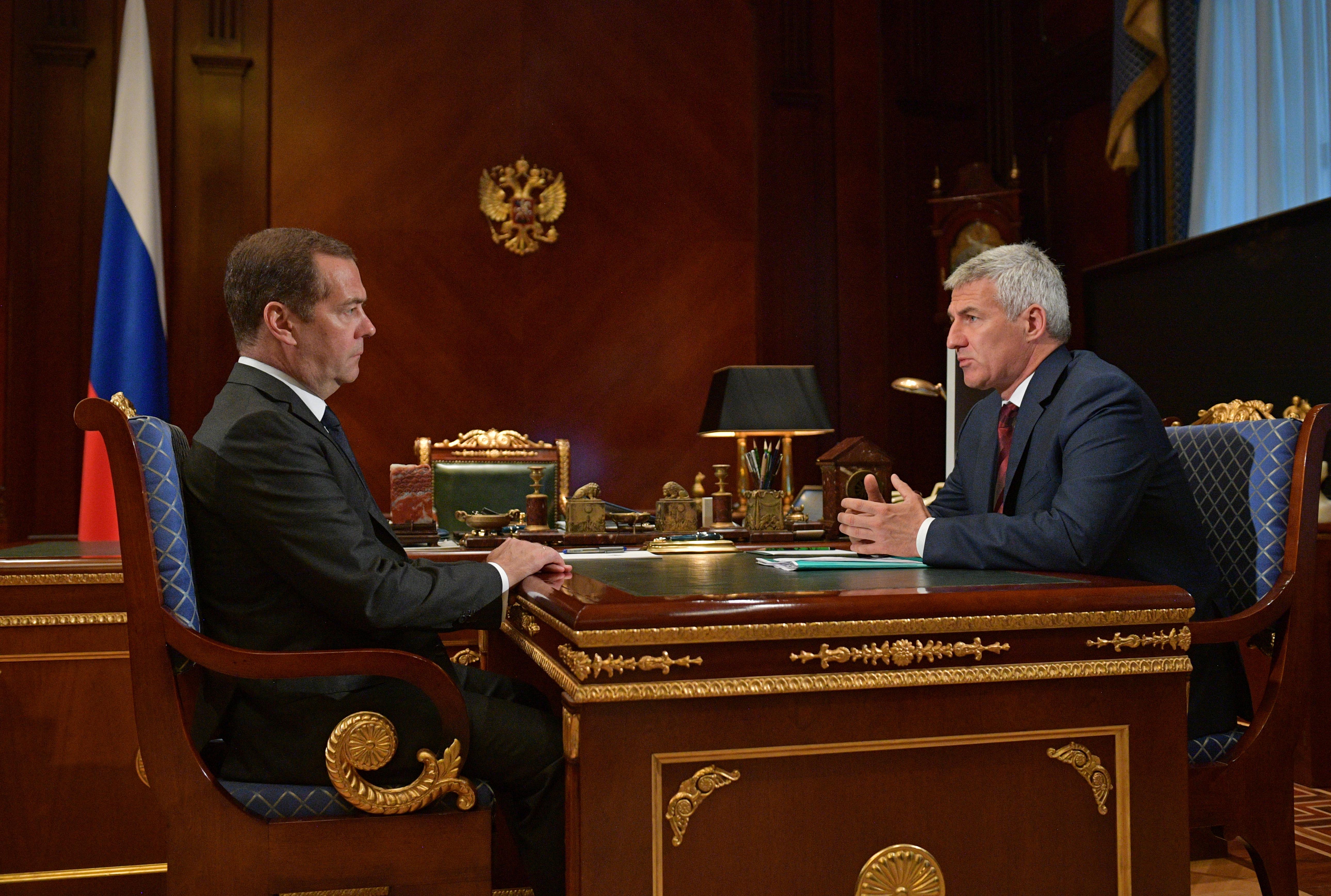