Further cooperation between Karelia and the Fujian Province of China opens broad opportunities for the implementation of new joint projects.

On September 7, 2018, during the first day of the Karelian delegation's official visit to Xiamen city in the People's Republic of China, the Head of Karelia Arthur Parfenchikov met with the Secretary of the Fujian Provincial Committee of the Communist Party of China, Mr. Yu Weiguo.

"During our working visit, we are planning to attend the opening ceremony for the 20th International Trade and Investment Exhibition and use this significant international platform to discuss a number of important issues, including the possibility of holding an exhibition of Russian goods in the retail networks of Chinese Yunhui and Syashan companies; signing a contract on the regular supply of Russian products to these retail chains; organizing a tea festival in May of 2019; and implementing in Karelia some joint investment projects in the spheres of agriculture and stone processing together with the group of companies for the investments and development of the Fujian Province," the Head of Karelia said in his welcoming speech.

Arthur Parfenchikov also stressed the importance of considering the possibility of constructing a hotel complex in Petrozavodsk and a center for traditional Chinese medicine in one of the Karelian tourist areas, as well as the development of cooperation in the spheres of higher education, culture and tourism.

Mr. Yu Weiguo, in turn, emphasized that cooperation between the two regions had been fairly stable and was becoming a significant driving force for the development of both regions' capacities. New perspectives of the further mutually beneficial cooperation between Karelia and the Fujian Province open broad opportunities for the implementation of joint projects. 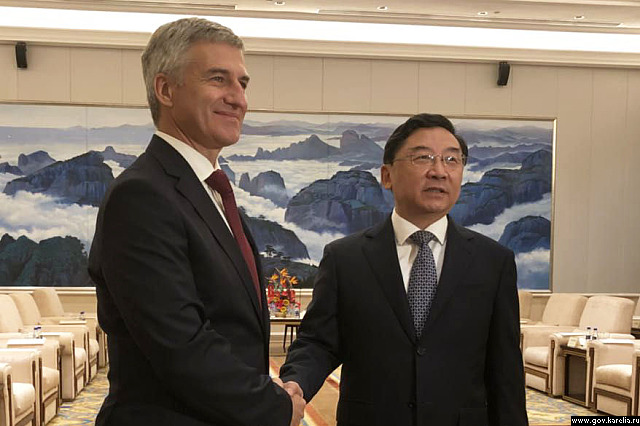 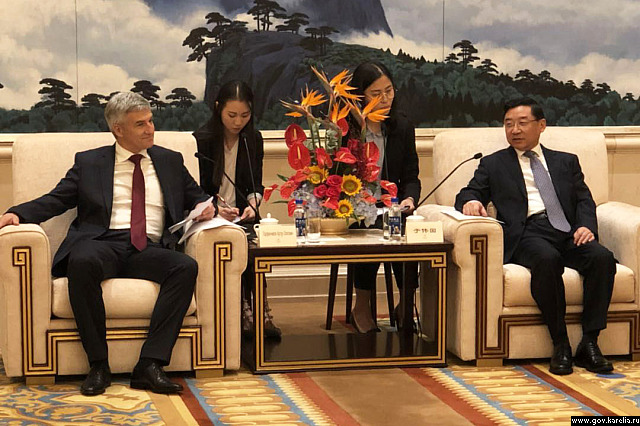 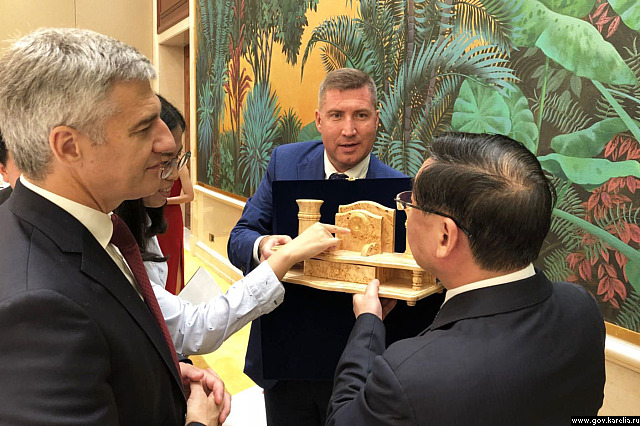 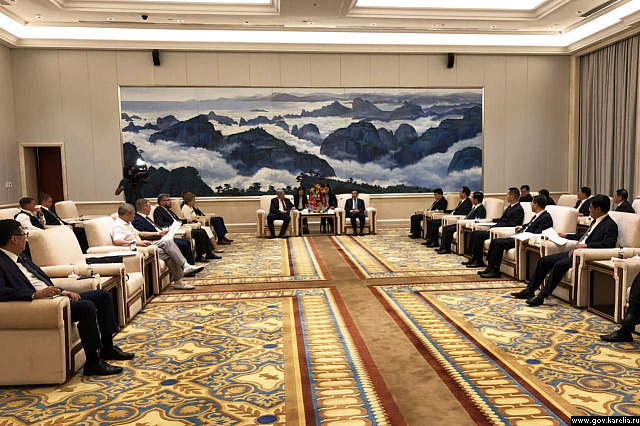