By 2025, more than 30 public and 200 courtyard areas will be improved in the city, 40 residential buildings and 40 carriageways and sidewalks will be repaired, 14 kilometers of new roads and 17,000 square meters of housing will be built, including those for relocation from the unfit housing facilities. The total amount of financing is more than 12 billion rubles.

Today, the head of the region and the head of Petrozavodsk discussed the plans for the social and economic development of the Karelian capital by the example of three public areas popular with the townspeople. Artur Parfenchikov and Vladimir Lyubarsky checked the progress of the improvement of Zaretsky Park, Berezovaya Alley and Gagarina Square.

“We have to combine various sources of funding in a joint scheme. These are programs for repairing roads, houses overhauling, and area improvement. Naturally, somewhere there will be direct funding from the republican budget,” said the Head of Karelia.

The improvement of Zaretsky Park is being carried out within the framework of a subsidy allocated to Petrozavodsk from the regional budget in 2021. Now they are making a new parking lot for cars, and this year it is planned to repair the footbridges and paths. The football field will be resurfaced and the fence will be restored. The project is expected to be fully implemented in 2023, when an observation deck and a light and music fountain will appear next to the Pimenovsky Bridge. The park also plans to open a cafe.

Berezovaya Alley in the Drevlyanka district was partially renovated in 2019. The paths were then paved with tricolor paving stones, the fountain was repaired, the benches, trash bins, plant stands, park swings and chess tables were installed. Now the territory of the children's town requires special attention. According to the deputy head of Petrozavodsk, Yulia Mizinkova, children's gaming equipment, which forms a large complex, as well as Markelov's simulators, will again be installed in this part of the alley. For the safety of children, the Head of the Republic instructed to install a new fence around the perimeter of the site.

In addition, they will set in order Postal Square located next to the alley and the former market. According to the already developed concept, the area will be paved with concrete paving stones and granite slabs, the lawns will be arranged, the lighting will be repaired, the benches and trash bins will be placed. These works are planned to be completed in 2023.

The final point of the joint city tour was Gagarina Square. Its improvement is scheduled for 2023. A project by the architects Alexander Kim and Alexei Skripitsyn will be implemented here. The idea is based on the fact that the square is named after the first cosmonaut. It is proposed to install a sculptural spaсial model of the solar system on the square. In the center of the composition, the model of the Sun surrounded by the models of eight planets will be installed. The planets will be polished granite balls of different diameters, their brass "orbits" will be built into the granite surface of the area. The composition will also include symbols of a waterfall, forest and stone.

“The three objects that we examined today are a part of one concept created on behalf of the Head of the Republic. The total amount of financing is more than 12 billion rubles. The money of various programs and funds is combined here. We must synchronize the federal, the republican, and the city efforts in such a way that the citizens get a comfortable, understandable, beautiful and convenient result for them,” said Vladimir Lyubarsky.

The head of the republic supported the plan for improvement of Petrozavodsk proposed by the city administration. The program for 2023-2025 includes repair of 30 public and 200 courtyard areas, 40 roadways and sidewalks, 40 houses, the construction of 14 kilometers of roads, shared paths, more than 17,000 square meters of housing, and arrangement of more than a thousand of new outdoor lighting points. 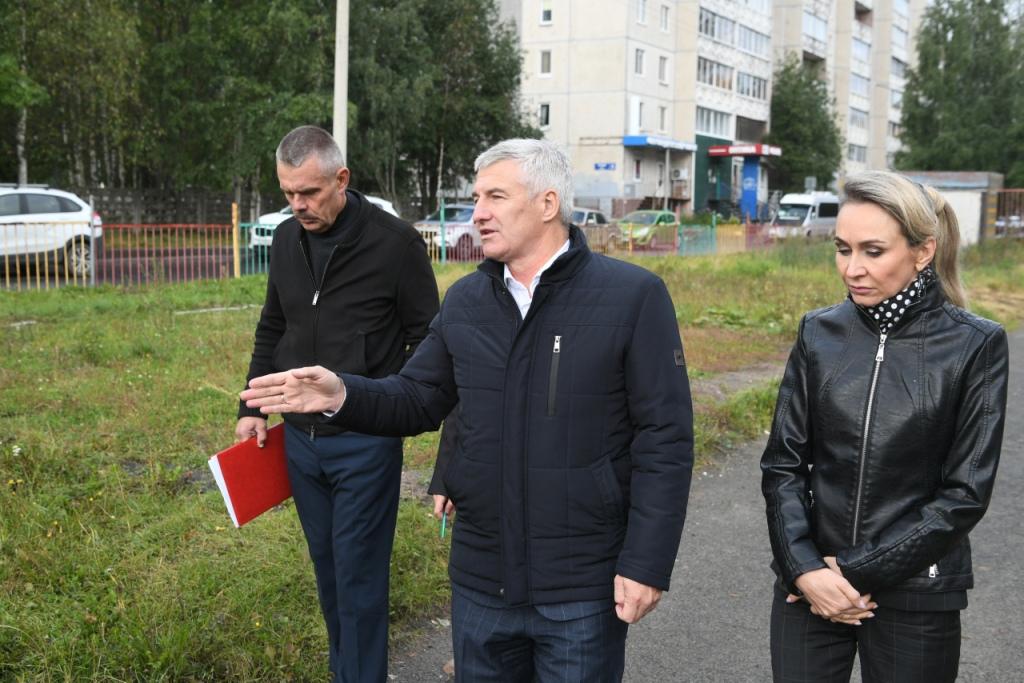 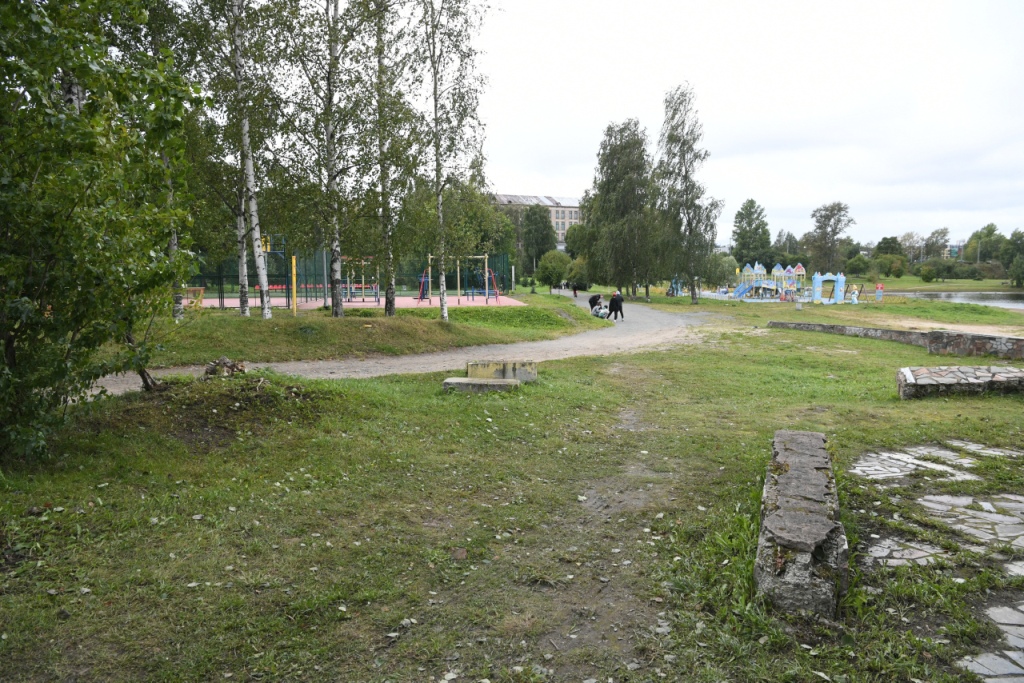 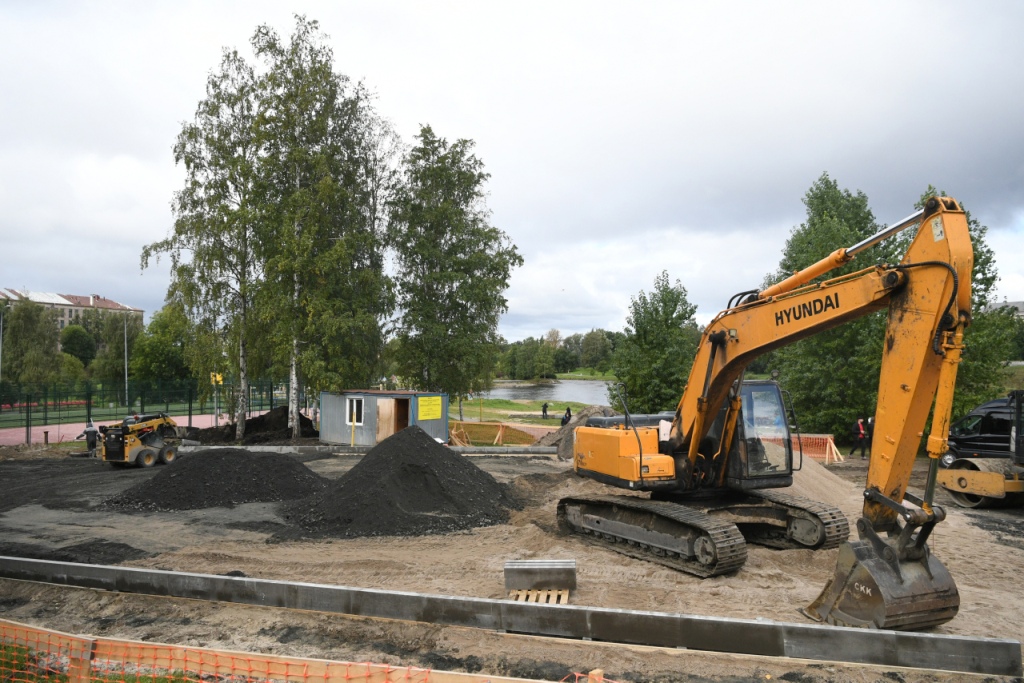 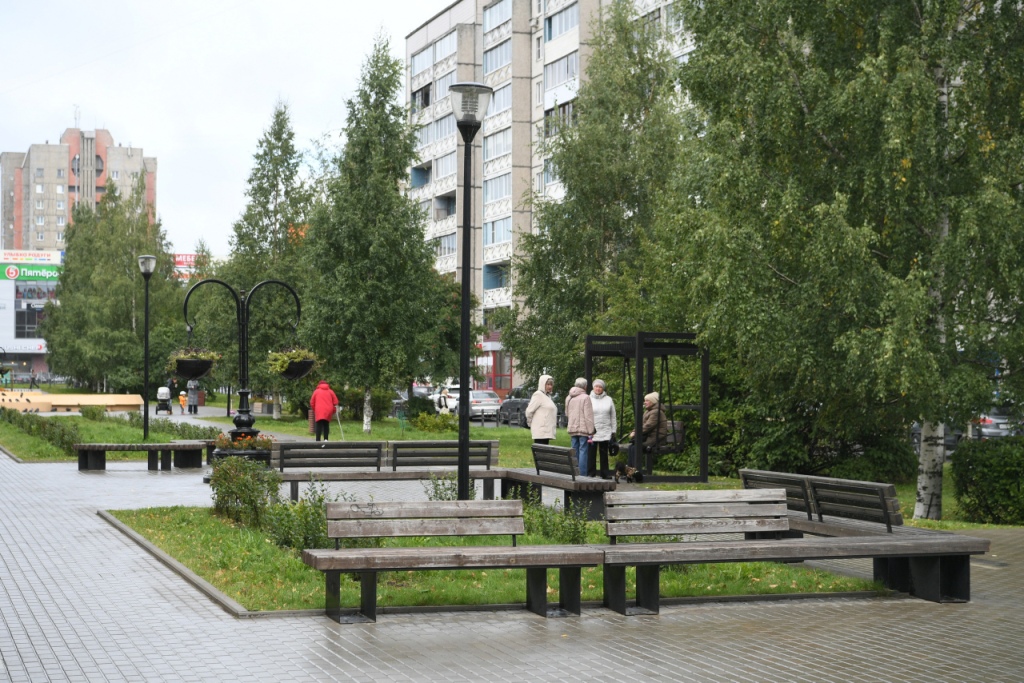 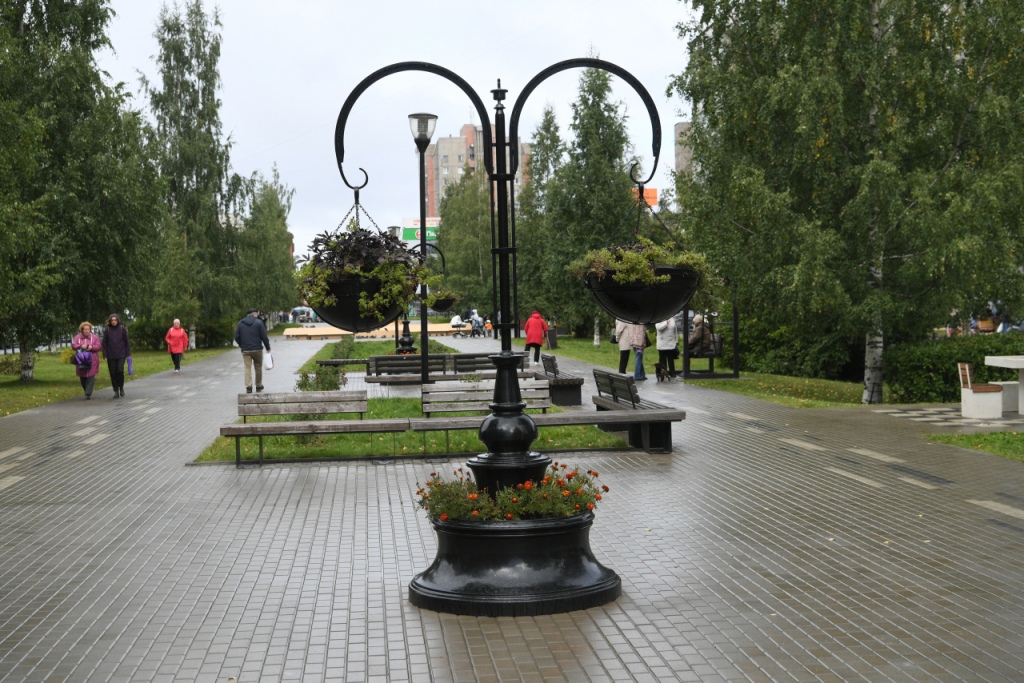 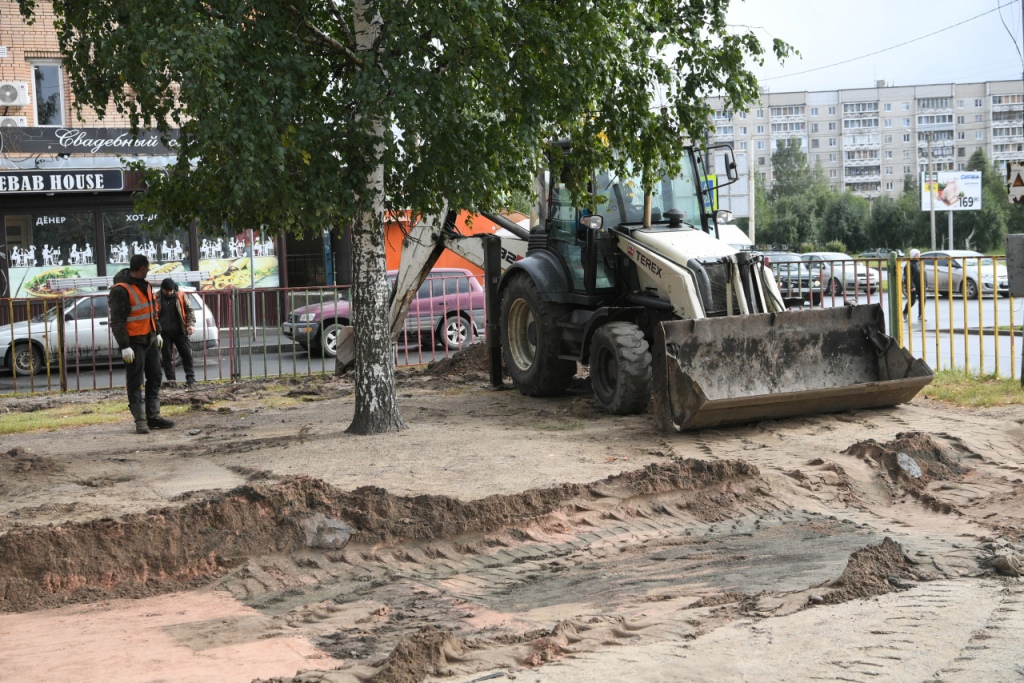 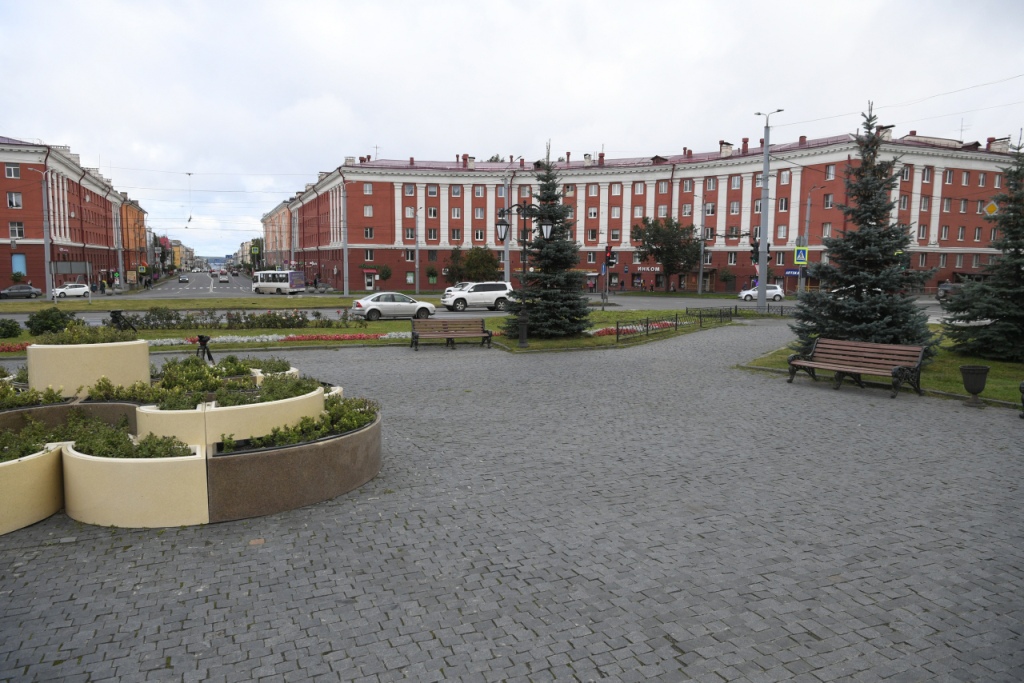 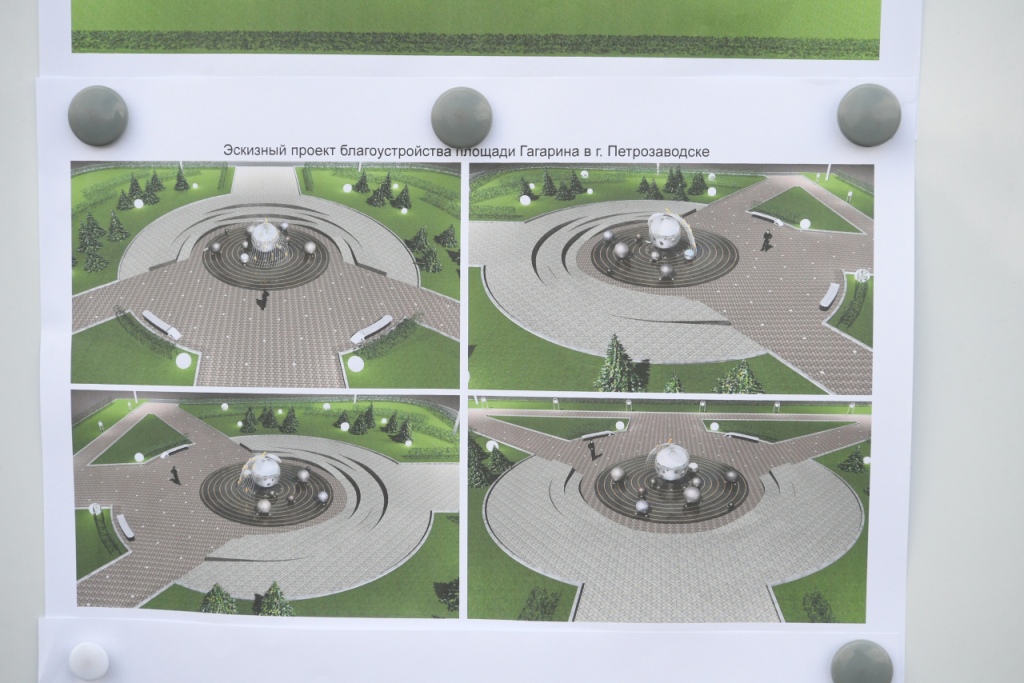