In Karelia, in the Ruskeala Mountain Park, the International “Ruskeala Symphony” Festival has come to the end. The festival was held for the third time during three days, from August 9 to 11, and gathered spectators from different cities of Russia, Finland, Italy, Germany, and Ukraine.

Traditionally, the festival was attended by the stars of the world academic stage from Russia, Great Britain, Belgium, the Republic of Belarus, and Armenia.

The main concert venue was the Italian quarry, and Handel’s orchestra suites “Music on the Water” were performed by the chamber staff of the Karelian Philharmonic Symphony Orchestra conducted by the British conductor Marius Stravinsky, on the water indeed. It happened on a ferry, cruising along the turquoise surface of Grand Marble Canyon Lake.

The “Ruskeala Symphony” festival, which was initiated by the Head of the Republic of Karelia Artur Parfenchikov in 2017 and immediately entered the top 15 regional events in the cultural and tourist life of Russia, increases the comfort of the festival venue infrastructure each year without lowering the level of performing skills of invited participants. Those who attended last year festival must have noted positive changes with pleasure. There is a new paved parking for 540 cars, a railway platform located directly on the territory of the Mountain Park, equipped walkways with comfortable flights of stairs, and much more. Enormous work was carried out by all the organizers of the festival: the Ministry of Culture of the Republic of Karelia, the Karelian State Philharmonic Society and the Ruskeala Mountain Park (LLC “Kolmas”) with substantial support from the Ministry of Culture of the Russian Federation and the Government of the Republic of Karelia. Many issues have been resolved thanks to the help of the festival’s general partner, TUI Russia tour operator (LLC “TT-Travel”).

Despite its young age, the festival has already acquired its own traditions. Following the Italian and French ones, this festival was opened with the concert "An English Night in the Italian Quarry". The Karelian Philharmonic Symphony Orchestra, conducted by Maestro Marius Stravinsky (Great Britain), some of the best performers of our time, guitarist Dmitry Illarionov and violinist Leonard Schreiber (Belgium) and, to a lesser extent known in Russia, one of the most talented and successful DJs of Great Britain, the winner of the World Championship DMC DJ World, a three-time winner of the "Battle for World Domination" of the World DJs Association DMC DJ Mr. Switch (UK) were the triumphs of the first festival day.

On August 10, the “Ruskeala Symphony” festival began on the water. Music was born, like Greek Aphrodite, in the waters of Grand Marble Canyon Lake, and for the public, tightly clinging to the rocky coast, it appeared in the form of the chamber group of the Karelian Philharmonic Symphony Orchestra conducted by Marius Stravinsky. The acoustic charm of unearthly beauty continued with compositions performed by violinist Karen Shakhgaldyan, pianist Armine Grigoryan and unique duduk and shwei performer Emmanuel Ovannisyan. And when the audience was completely sure that nothing could surprise and delight them anymore, Dmitry Illarionov (guitar) and Leonard Schreiber (violin) came out on the stage, forcing those who had arrived at the festival to come to a different conclusion: beauty, as life, is infinite. The vocal group from Belarus “Camerata” is such a symphony orchestra where they “play” only one instrument - the voice. The applause turned into acrobatic stunts: each listener of the immense audience, which occupied the entire Italian quarry during the festival, tried to jump higher and shout out the words of gratitude to the artists so that the great performers could feel his or her personal gratitude.

The day finished with a tremendous concert of the symphony orchestra conducted by maestro Anatoly Rybalko and soloists of the Bolshoi Theater of Russia Olga Seliverstova (soprano), Julia Mazurova (mezzo-soprano) and Ilya Selivanov (tenor).

On August 11, Melpomene and Thalia joined the patroness of music and poetry Euterpe. Theatrical performances unfolded throughout the park. On the railway platform, the spectators from St. Petersburg were greeted by the buffoons from the National Theater of Karelia, and the artists of the Puppet Theater of the Republic of Karelia launched improvised theater venues in the visit center zone. And in the afternoon the whole audience gathered in the Italian career. Two magnificent performances at once were prepared for the public by the festival organizers. “Hello There!”, the musical performance dedicated to Andrei Mironov, was directed by Snezhana Savelyeva and brilliantly played by the actors of the Non-State Auteur Theater “Ad Liberum” Elena Sapegina and Alexander Kartushin (who were also the constant hosts of all festival concerts) and Anatoly Palaev’s Ensemble “A-JAZZ”. Mironov’s favorite songs and beautiful choreography of the pliant actors caused an explosion of applause from the audience.

And the festival culminated in a musical performance of “The Magic Ring” based on the famous fairy tale by Boris Shergin. The actor of the Moscow Theater "Sovremennik", People's Artist of Russia Sergey Garmash, was the reader. And what a great tale reader he was! The audience’s impression was formed both from his cunning squint and sincere sympathy for the heroes, conveyed by intonation and gestures. Emotions ran high, reinforced by the masterful play of the “Onego” Orchestra conducted by Mikhail Totsky. Being not only a conductor, but also a talented orchestrator, Mikhail managed to select musical illustrations from the works by Valery Gavrilin, Rodion Shchedrin and Evgeny Botyarov so that the composers seemed to write them specifically for this Pomor fairy tale.

At this final concert of the festival, another pleasant surprise awaited the audience: the Head of Karelia Arthur Parfenchikov invited the guests with children to take “seats” in the stalls for free.

The three-day grand celebration is over, and it is difficult to describe its music in a few words, as 10 festival concerts were incredibly diverse in both genre and style. And in these diversity and unpredictability become another advantage of the “Ruskeala Symphony” programs. 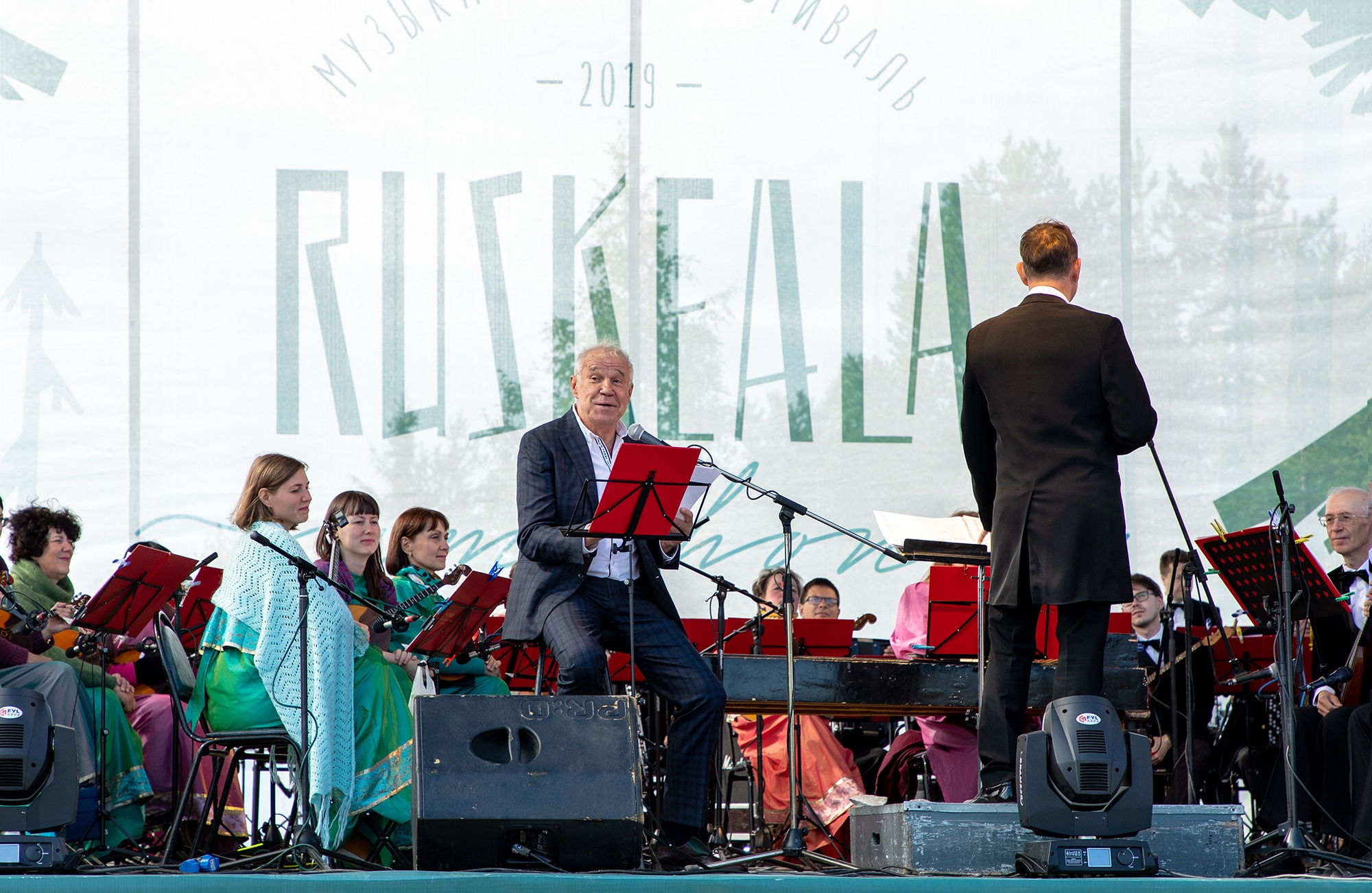 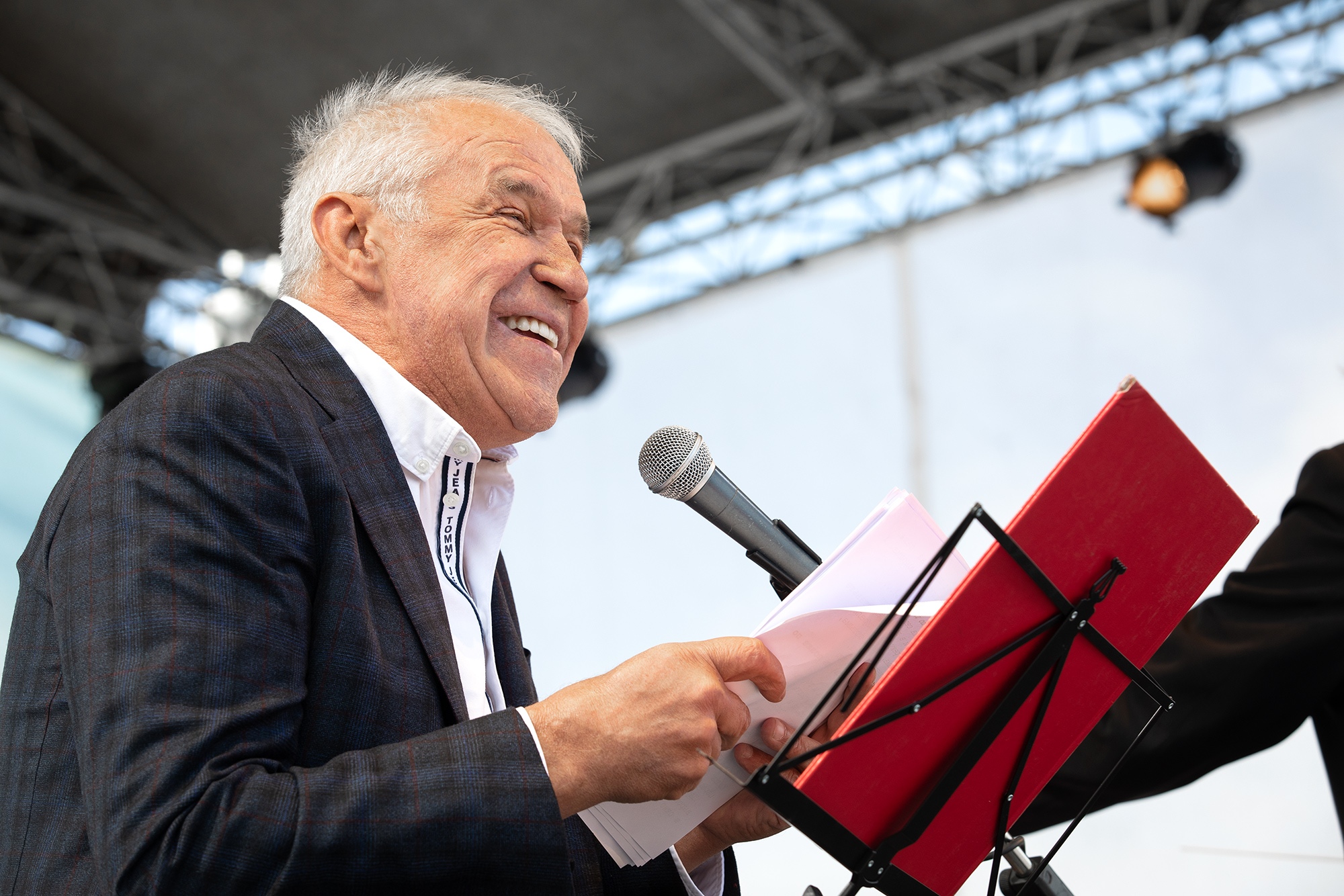 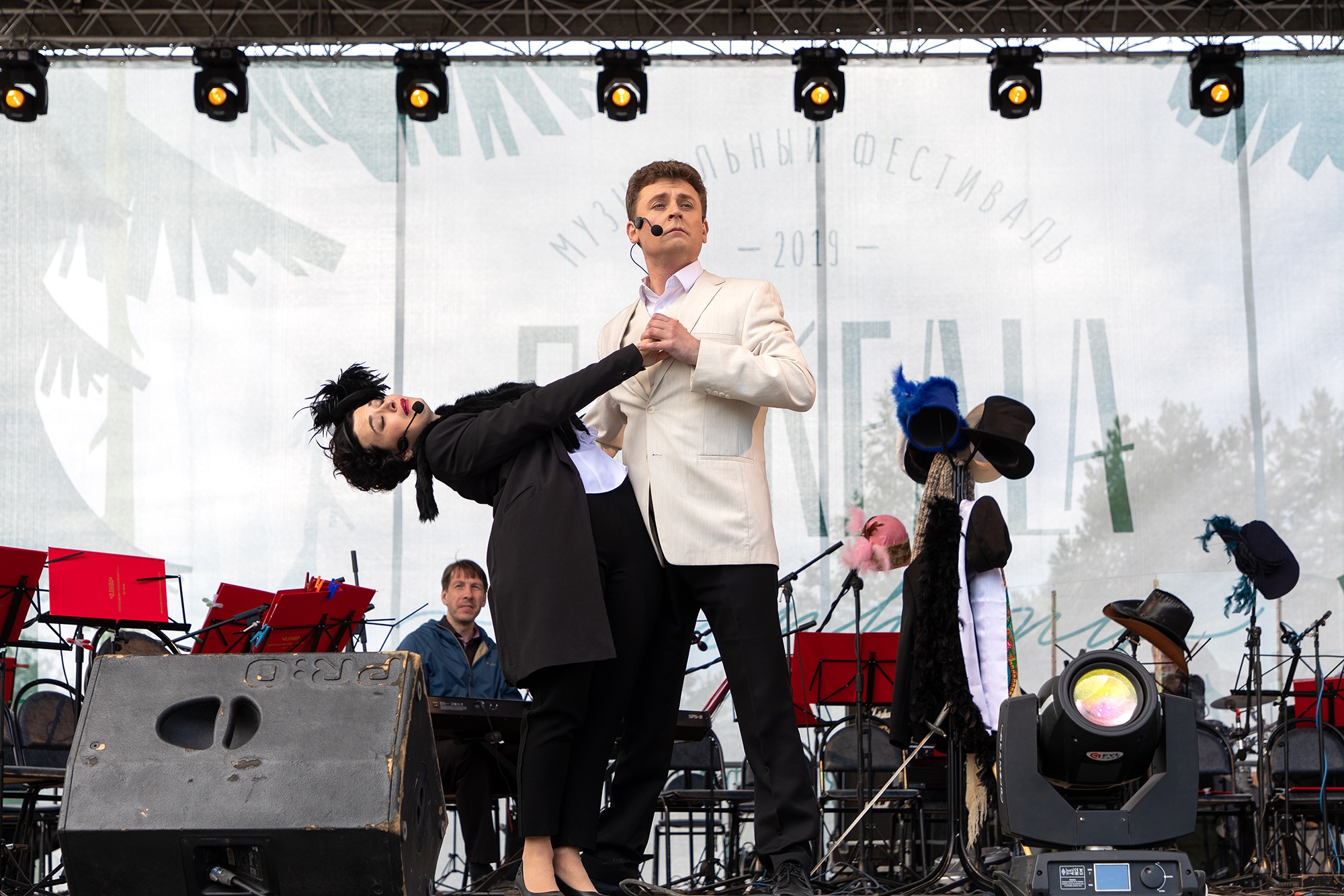 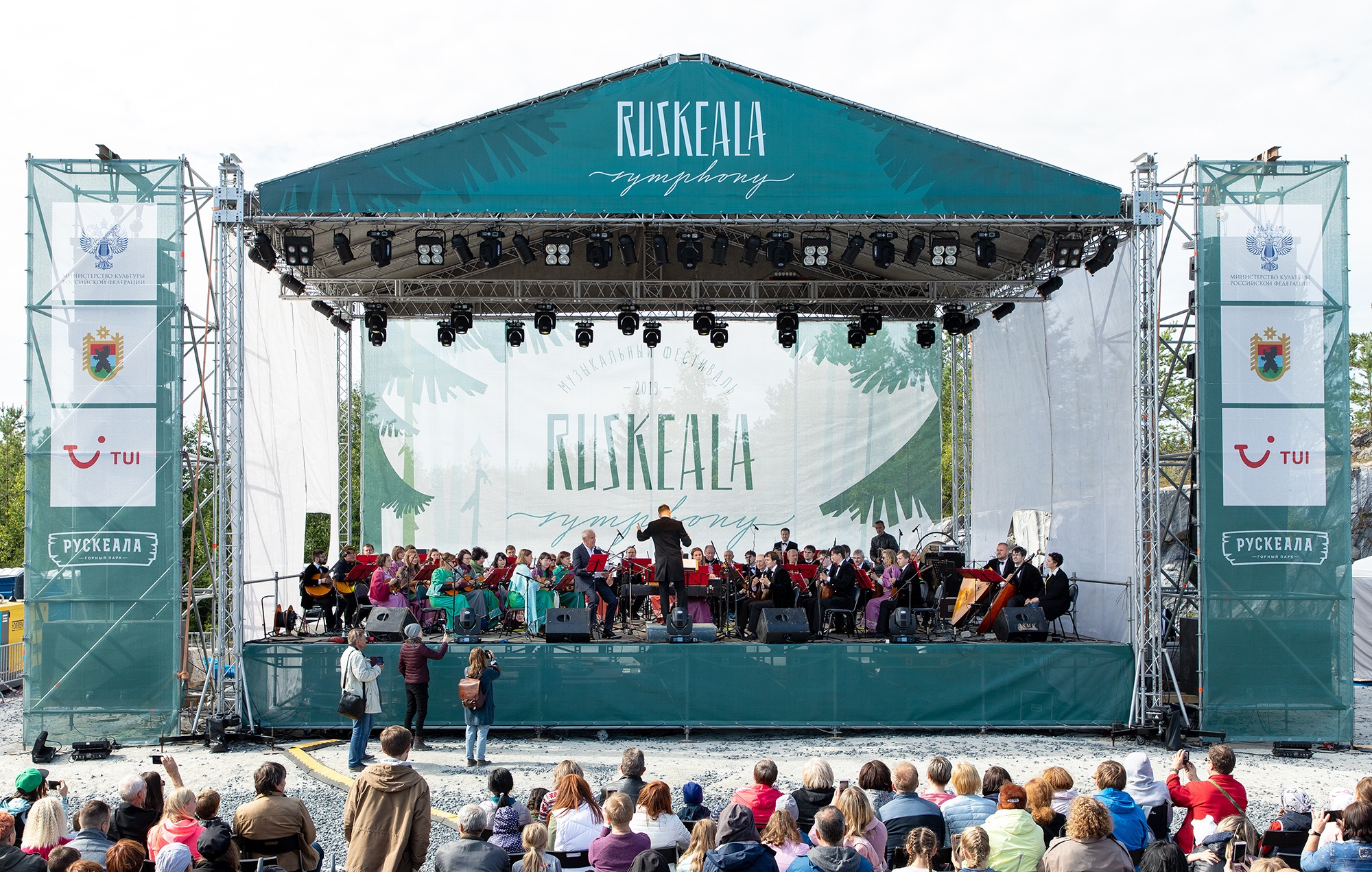 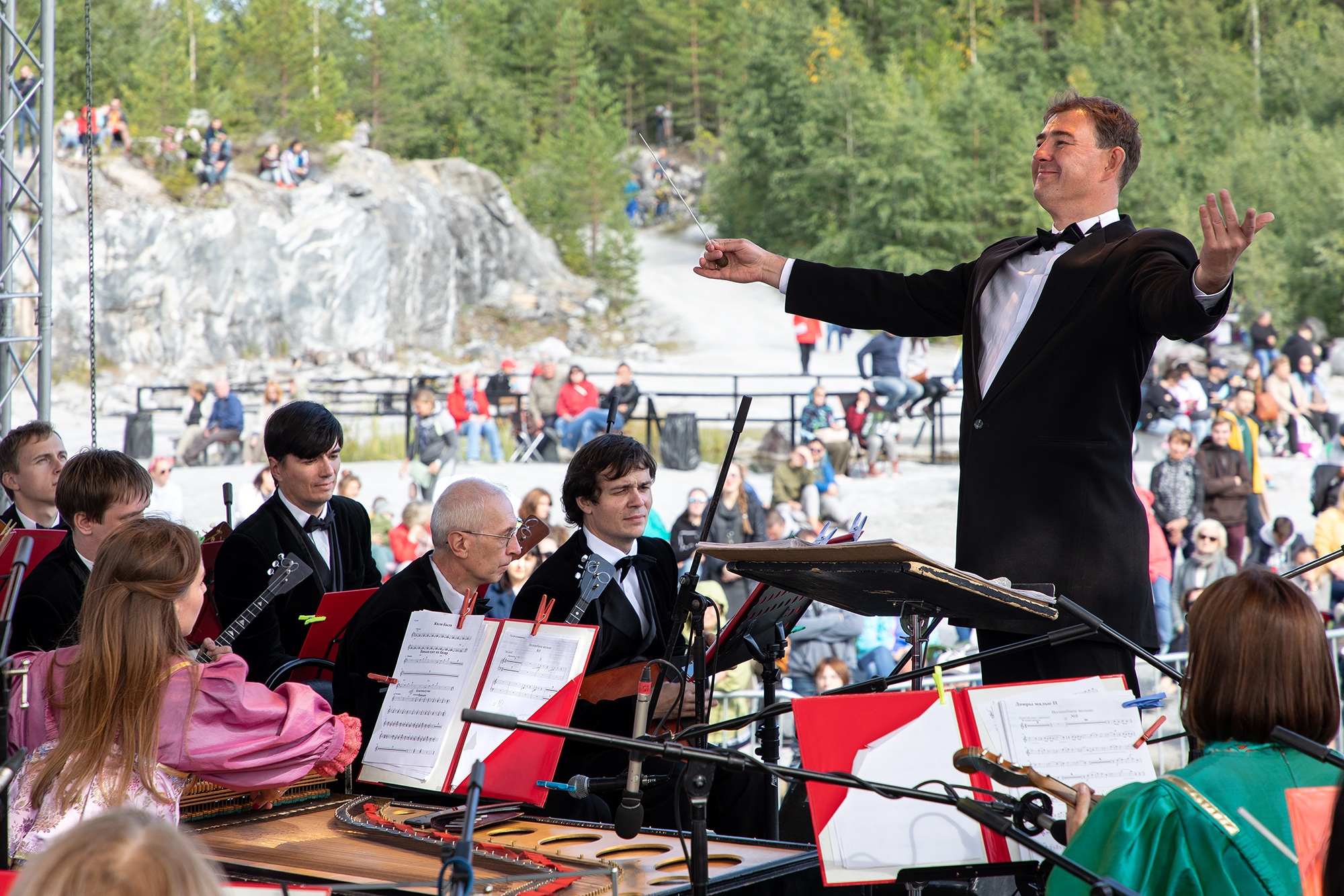 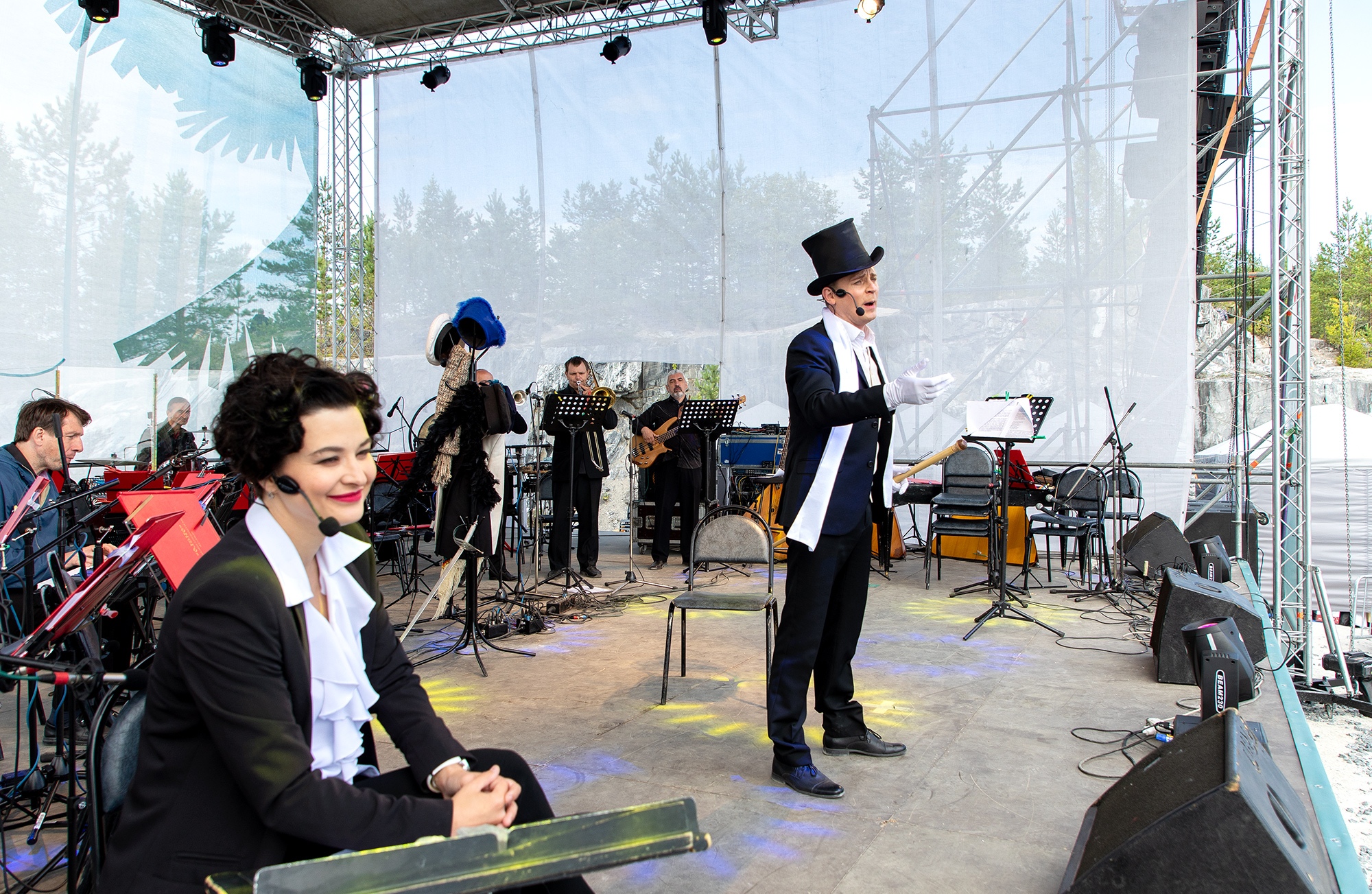 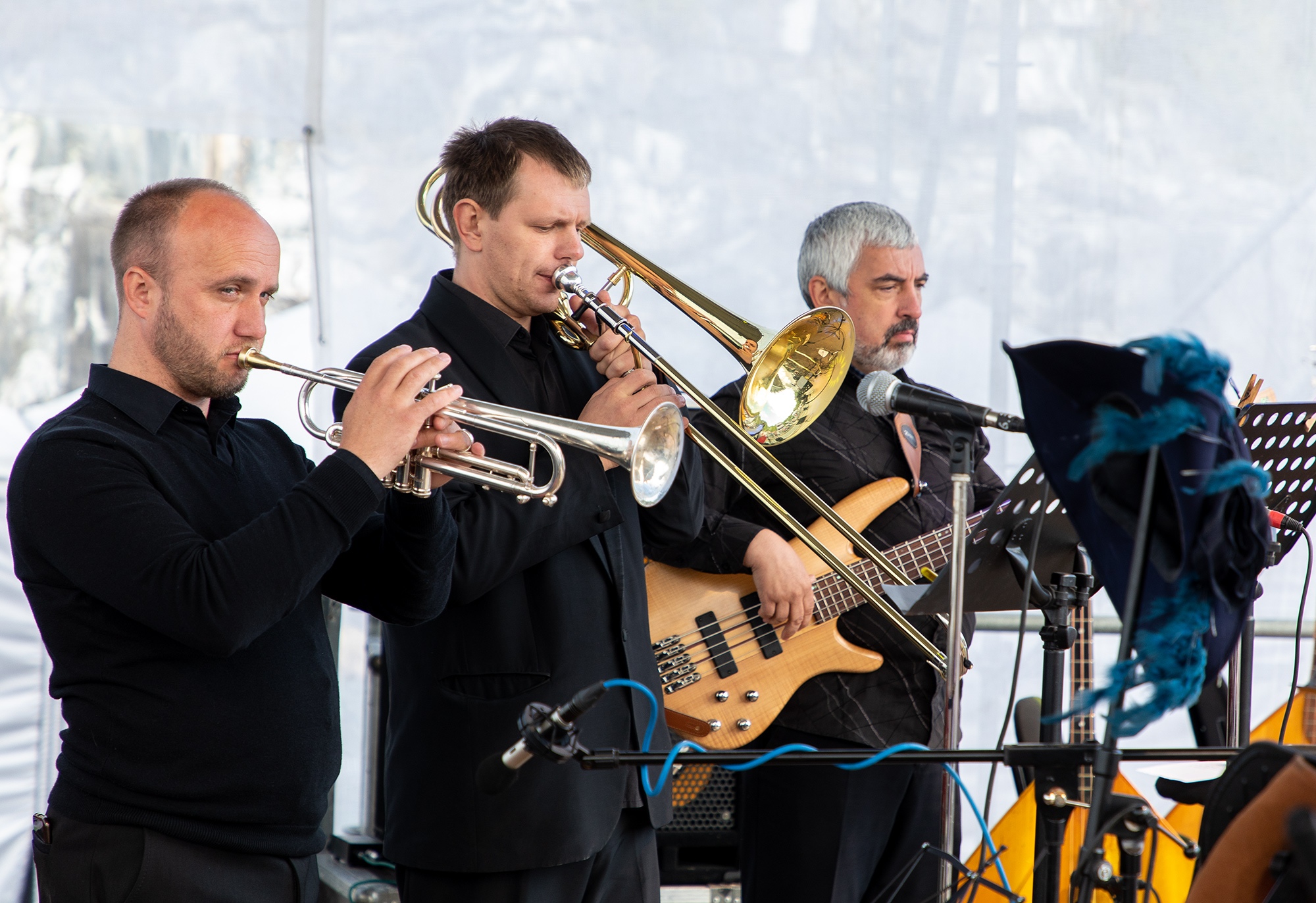 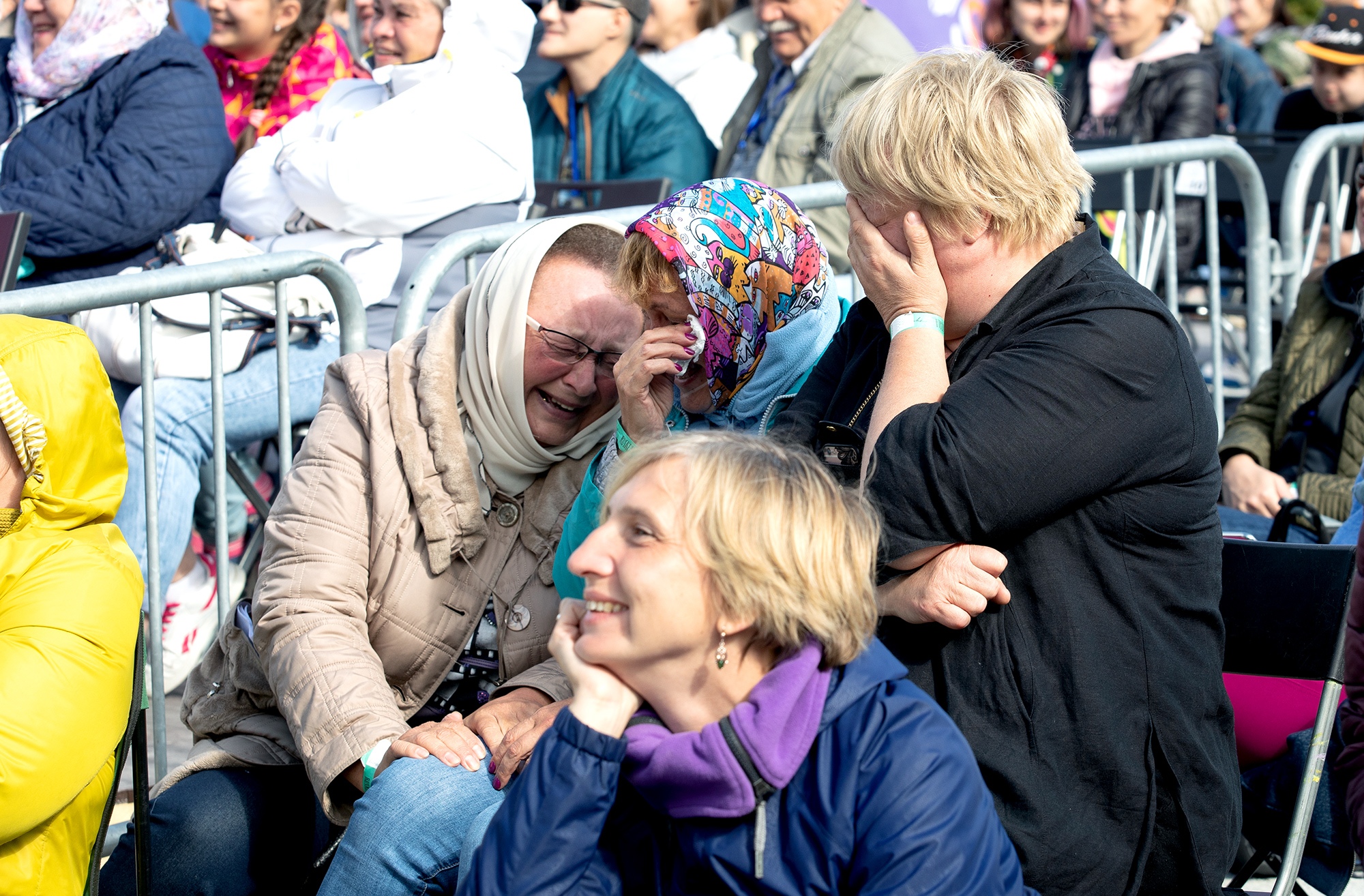 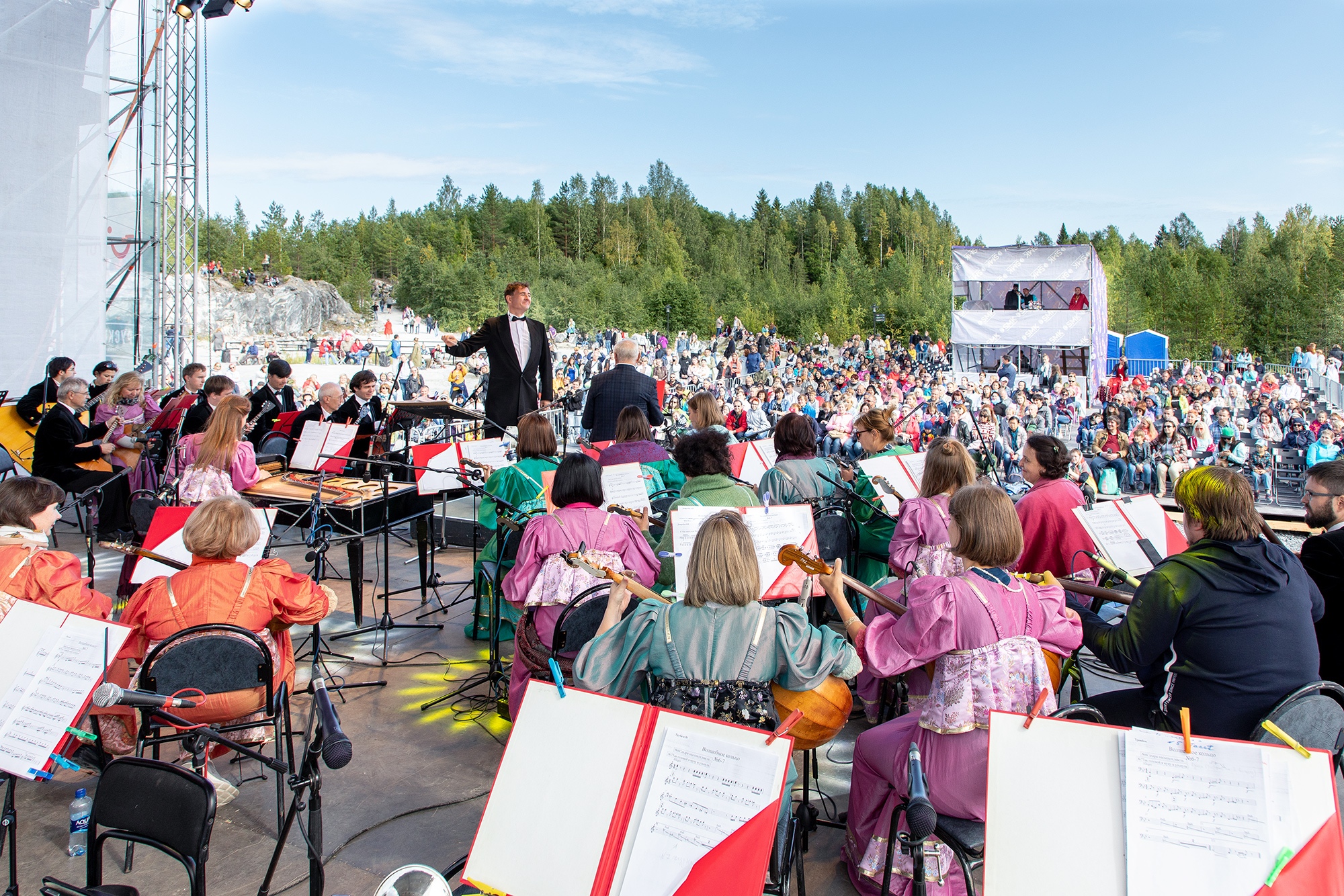