On May 19, Alexander Gutsan, the Plenipotentiary of the President of Russia in the Northwestern Federal District, assessed the work of the Karelian industrial enterprises under the sanctions. He visited the technopark "Yuzhnaya Promzona", the Onega shipbuilding and ship repair plant and the foundry "Petrozavodskmash".

Today, Alexander Gutsan, the Plenipotentiary of the President in the Northwestern Federal District, works in Karelia. Together with the Head of the Republic Artur Parfenchikov, the plenipotentiary visited large Petrozavodsk enterprises: the technopark "Yuzhnaya Promzona", the Foundry, and the Onega Shipbuilding and Ship Repair Plant.

According to Dmitry Fabrikantov, the representative of the owner of the technopark "Yuzhnaya Promzona", under the conditions of the anti-Russian sanctions, Karelian stone and products made therefrom have become even more in demand:

“The requests for orders have doubled compared to the same period last year. The sales geography has also expanded: from the Krasnodar Territory to Sakhalin."

The Karelian suppliers provide 90% of the raw materials for the production process, the rest of the stone is obtained from other regions of Russia. Spare parts for equipment are purchased by the industrial park from the companies of friendly countries and from the Russian market.

“We now have two tasks. They are construction of the second stage of "Yuzhnaya Promzona" and the creation of a separate eco-park for production waste and stone dust processing. At the same time, we will be able to take advantage of new measures of federal support,” the Head of Karelia emphasized.

Technopark "Yuzhnaya Promzona" began its work as the part of the national project "Small and Medium-Sized Businesses and Support for Individual Entrepreneurial Initiatives" for 2019-2024. The plans are to double production and create new jobs in 3-4 years.

“Modern high-tech production, good equipment, qualified specialists. In accordance with the challenges of the current economic situation, as well as in the future, the number of jobs should increase,” said Alexander Gutsan.

After visiting the technopark, the Presidential Plenipotentiary held a working meeting at the Onega Shipbuilding and Ship Repair Plant. With the support of the Head of State and the Government of Karelia, they are implementing a project for the enterprise deep modernization, which involves introduction of digital support for ship construction, as well as robotization and production processes automation.

During the modernization process, a block of hull shops with an area of ​​more than 25,000 square meters, a checkpoint, a retaining wall, a data processing center, an industrial gas conversion station, a compressor station, and treatment facilities will be built in the territory of the plant. The existing building berth will also be reconstructed. An integrated digital production information system will be used to manage the enterprise. As a result, the number of ships produced will be increased from three to ten annually, and at least 500 additional jobs will be created.

This year, it is planned to complete the zero cycle of the hull shops block at the facility, stripping and foundation works will be done. By the autumn of 2023, the framework of the new block of hull shops will be ready. The height of the hull building shop will be more than 33 meters. The new boathouse will be equipped with 14 overhead cranes, including those with a lifting capacity of up to 60 tons, 2 hammer-head and 3 goliath cranes.

The director of the enterprise Vladimir Mayzus demonstrated to the plenipotentiary the product of the plant: the crab fisher "Kapitan Aleksandrov", which was launched in January this year. This is the first specialized vessel to be built on a turnkey basis. Previously, used fishing vessels were purchased for commercial crab capture and then were remodeled to suit the needs.

In addition, Alexander Gutsan and Artur Parfenchikov visited the foundry “Petrozavodskmash”, which has a unique production potential in Russia and experience in mass production of heavy castings. The enterprise produces castings from any pig iron grade and weight up to 140 tons.

At the moment, the foundry is implementing an investment program aimed at launching mass production with their pre-machining of castings used in diesel engines assembly.

The project provides for development, production and product introduction for various sectors of economy. For example, blocks, crankcases, covers and other cast iron components of diesel engines of various capacities are in demand in the railway industry. Until recently, such parts were not produced in Russia and were supplied to machine builders from abroad.

Besides, during the working meeting of the Plenipotentiary Alexander Gutsan with Artur Parfenchikov in the Government of Karelia, the issues of social and economic development of the region, the implementation of the national projects and the progress in fulfilling the instructions of the President in the territory of the republic were considered. 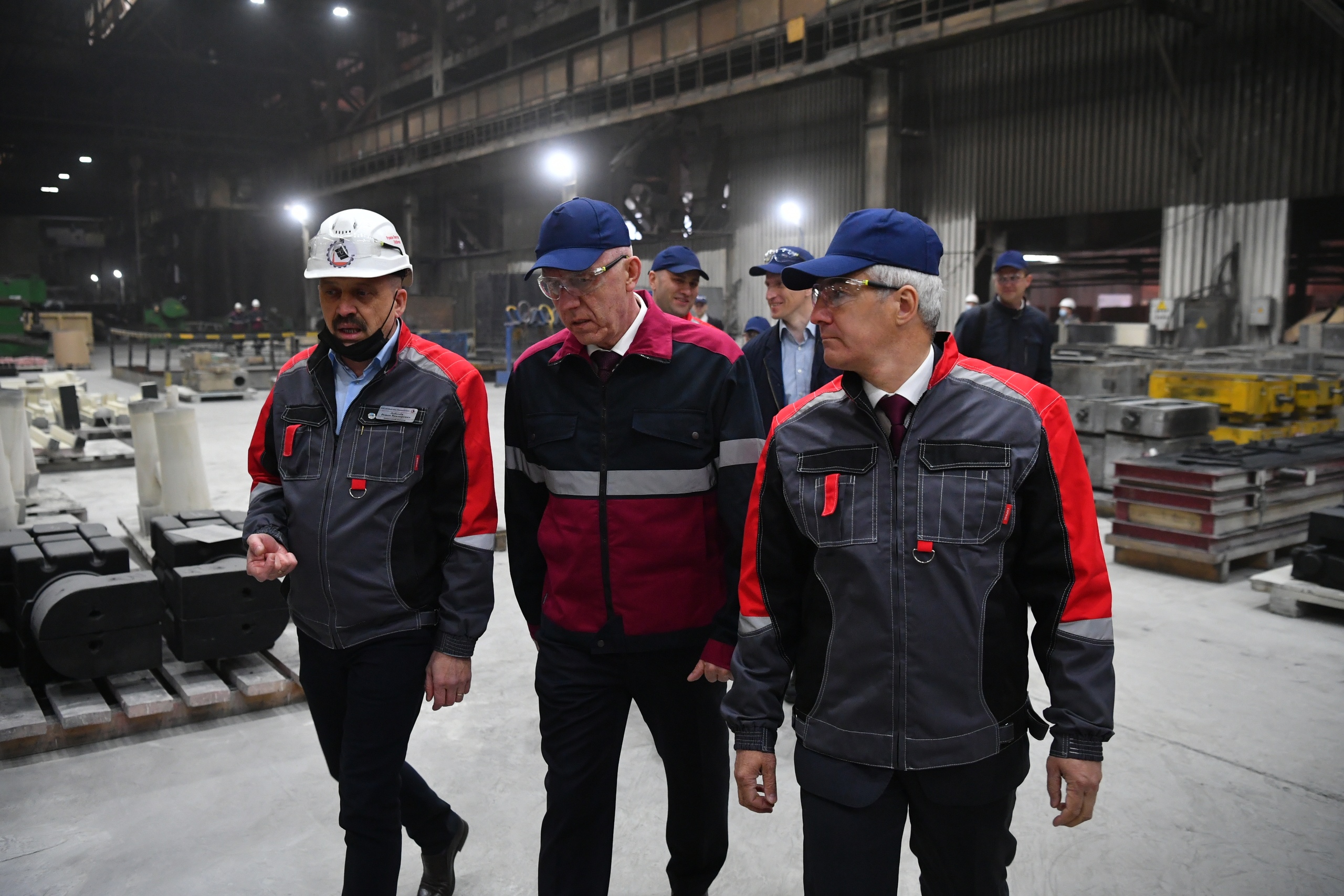 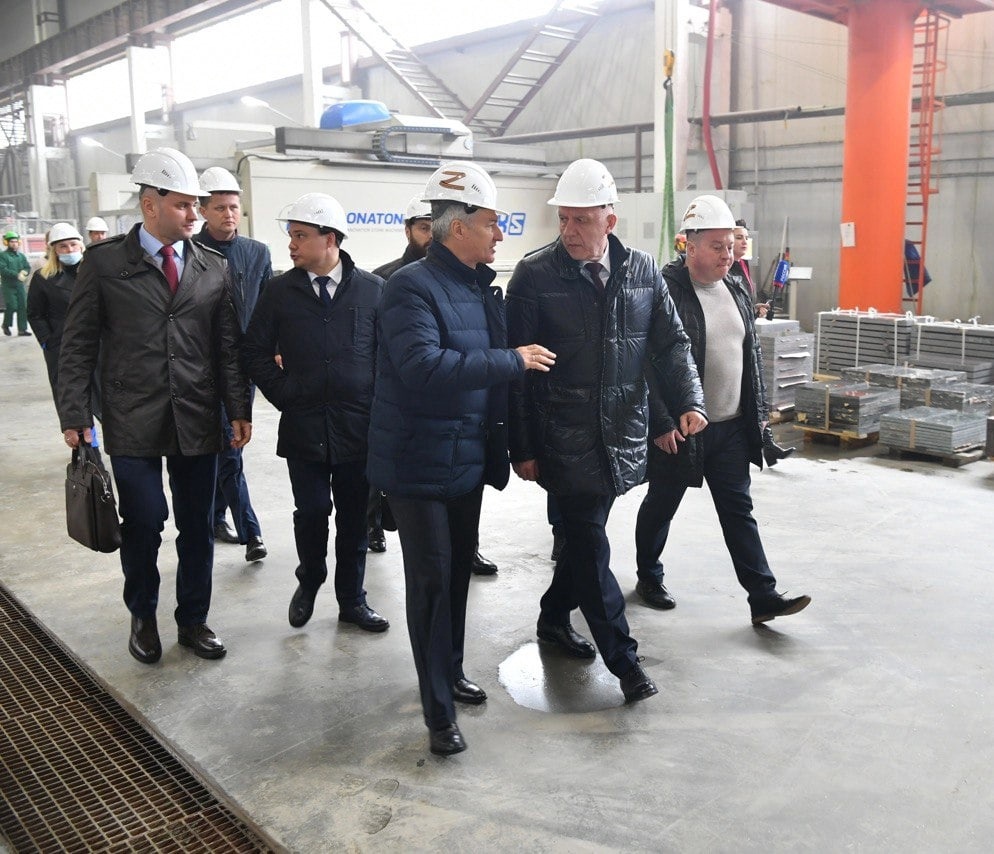 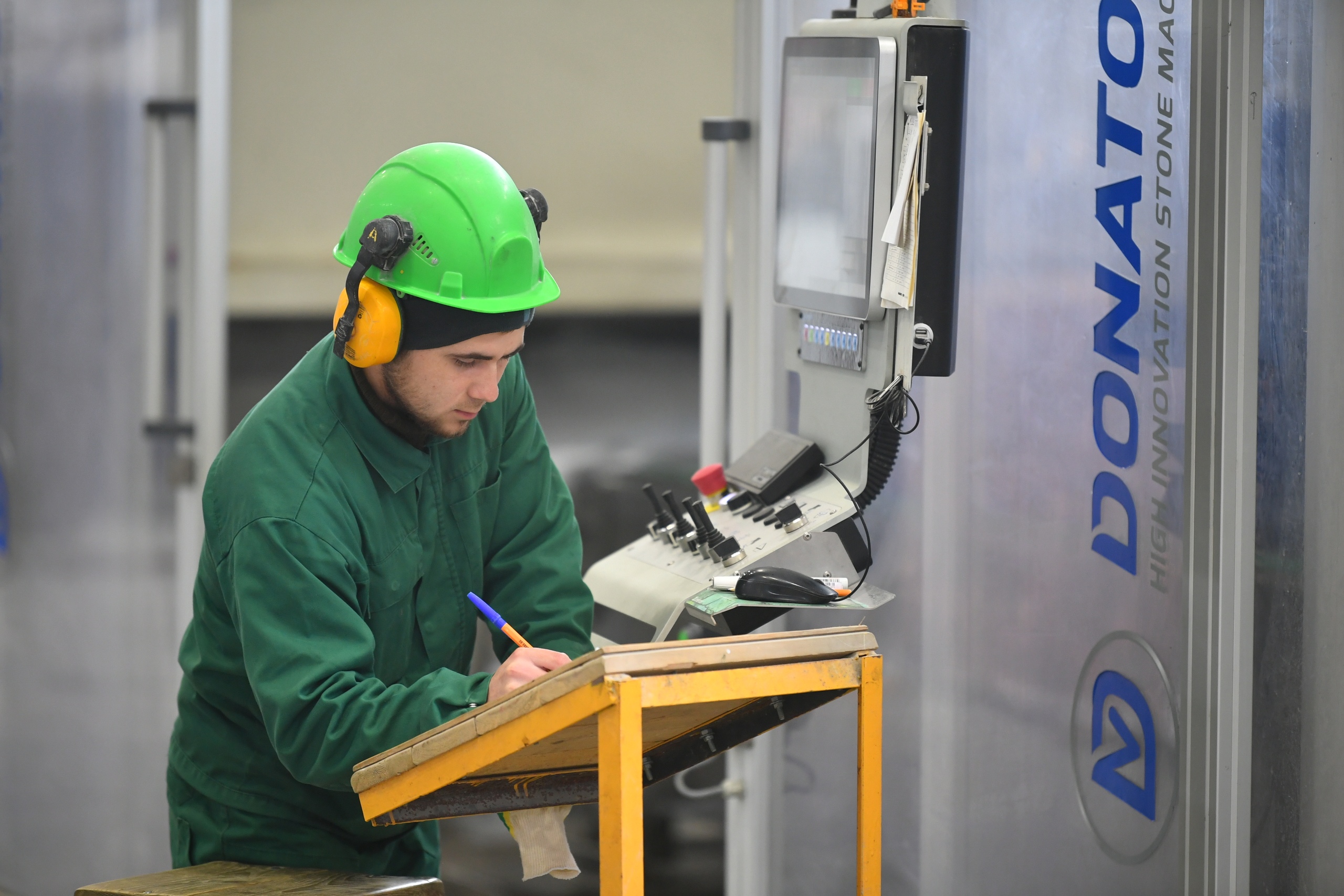 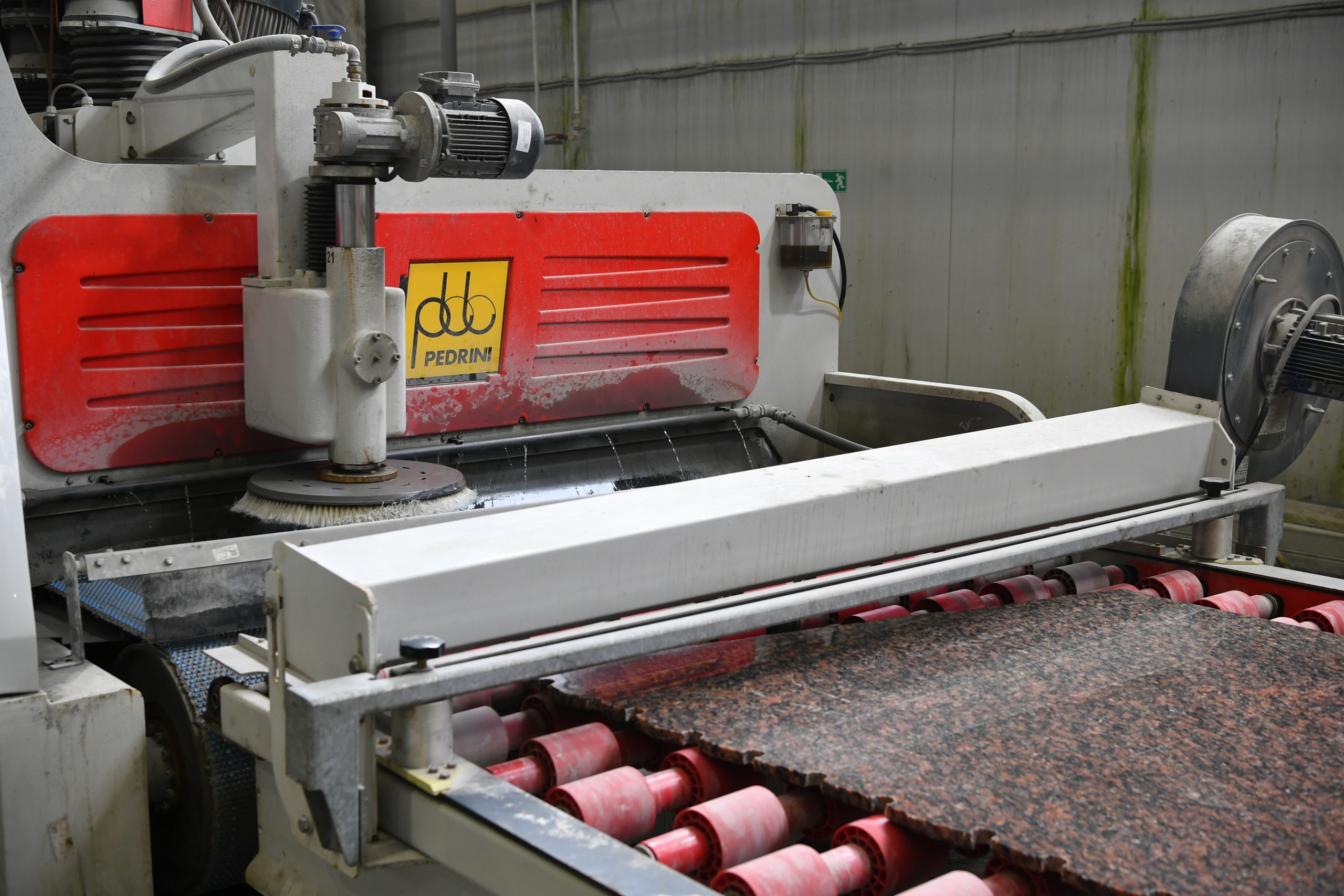 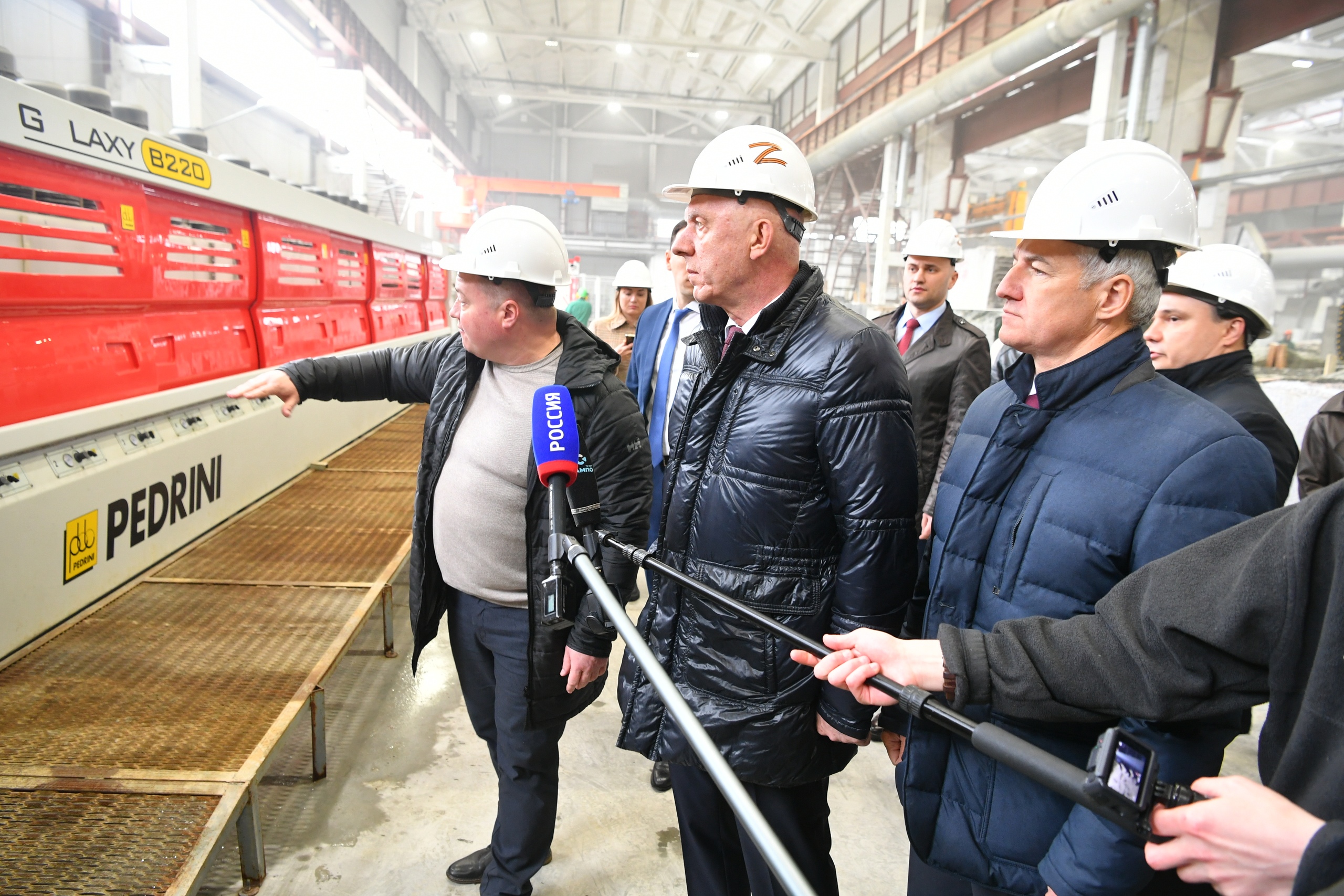 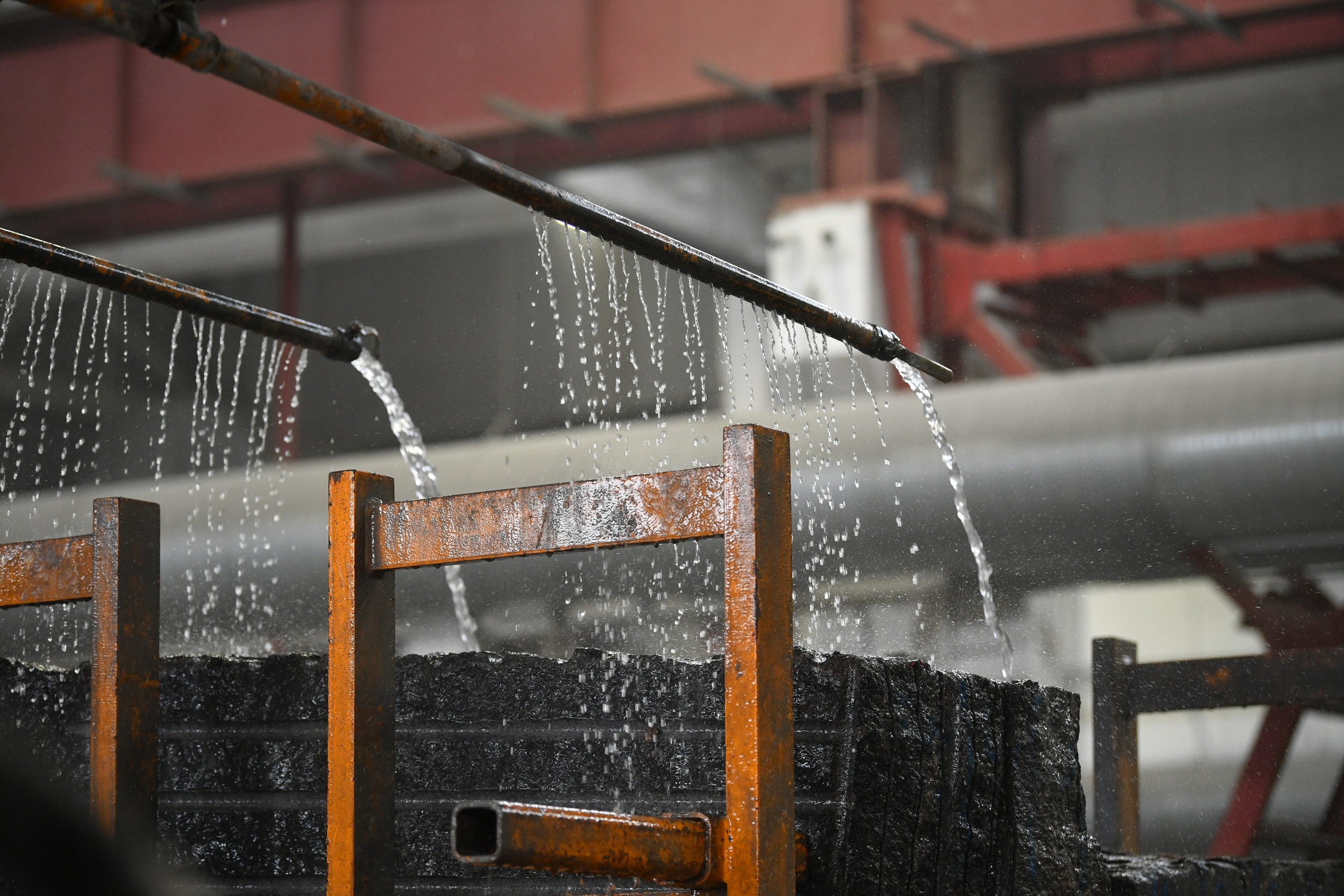 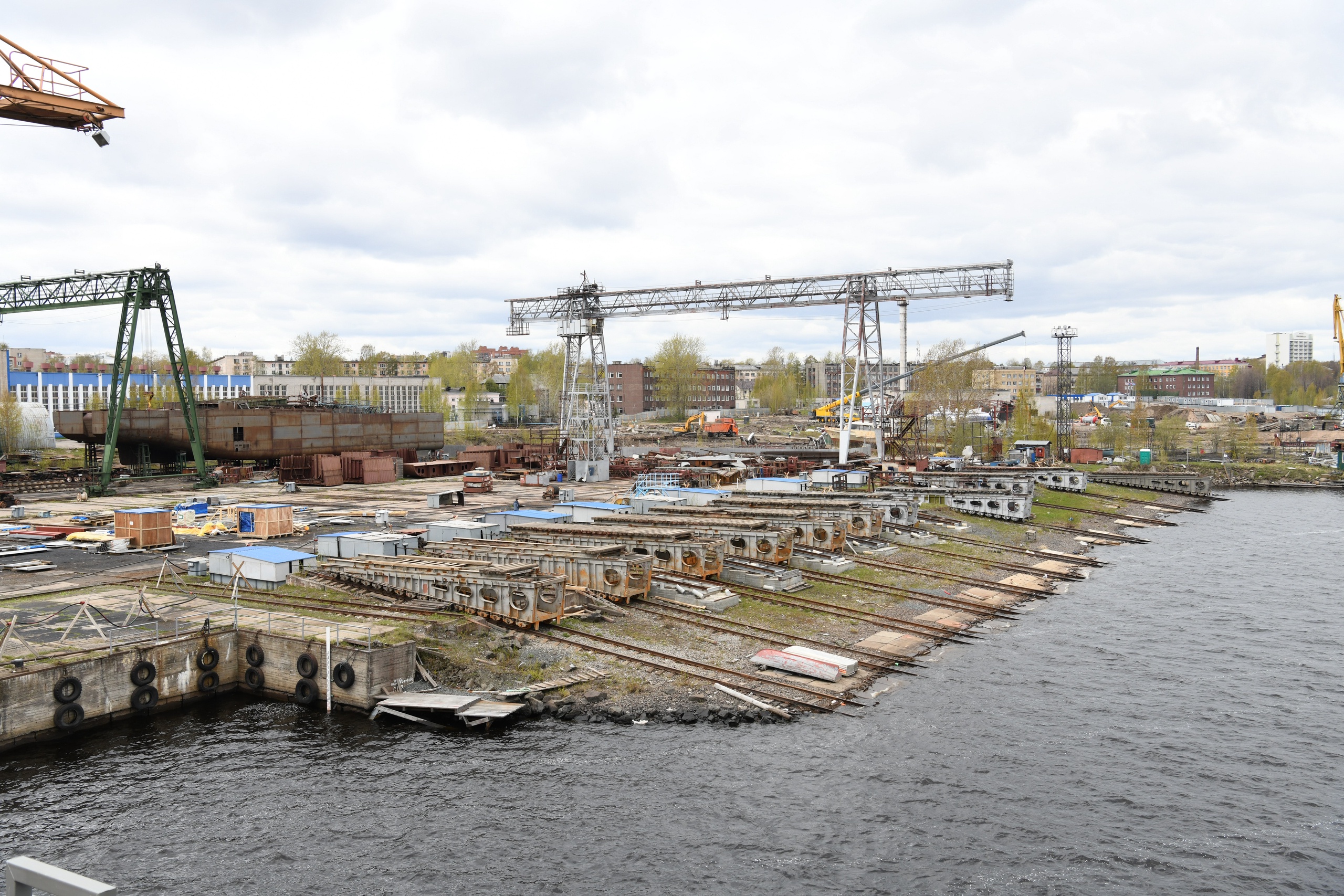 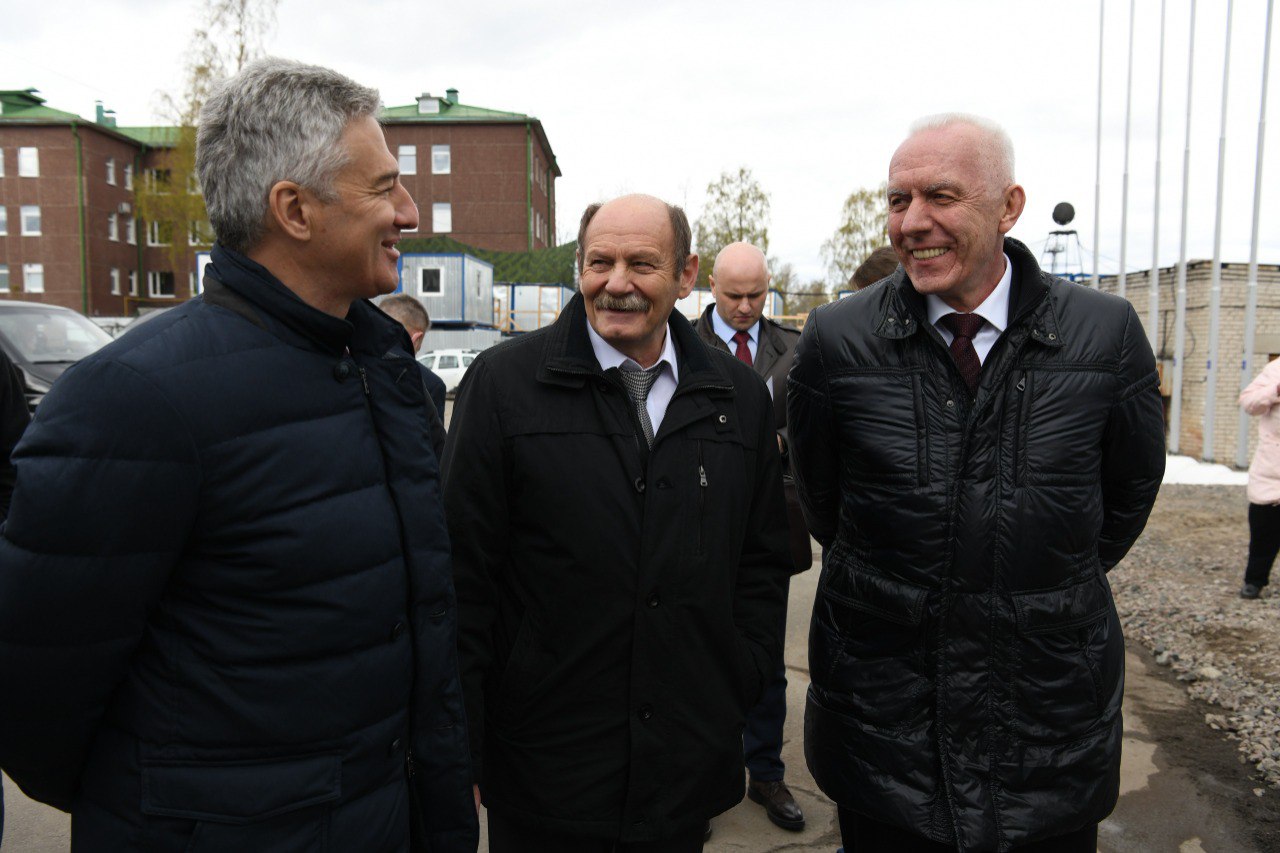 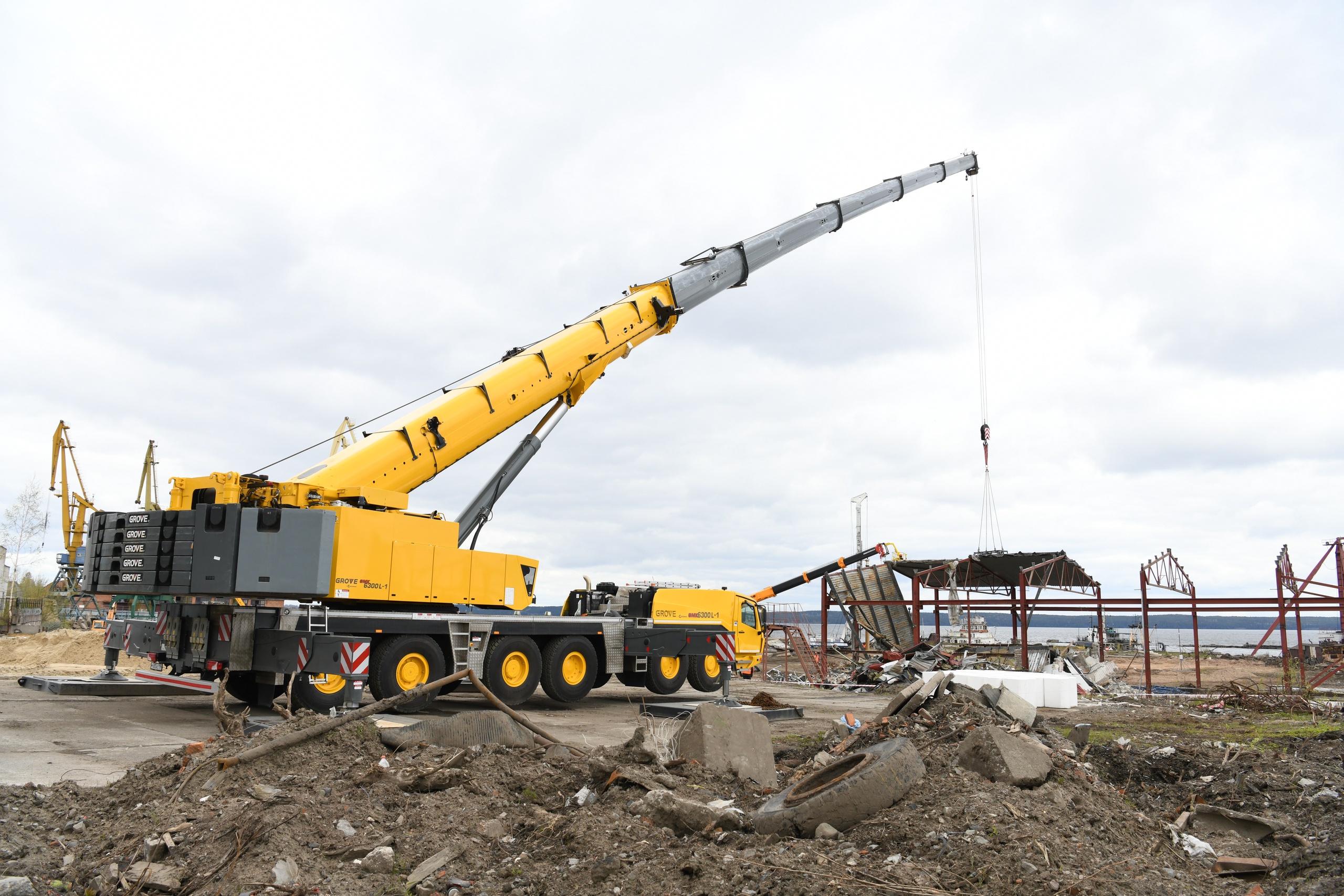 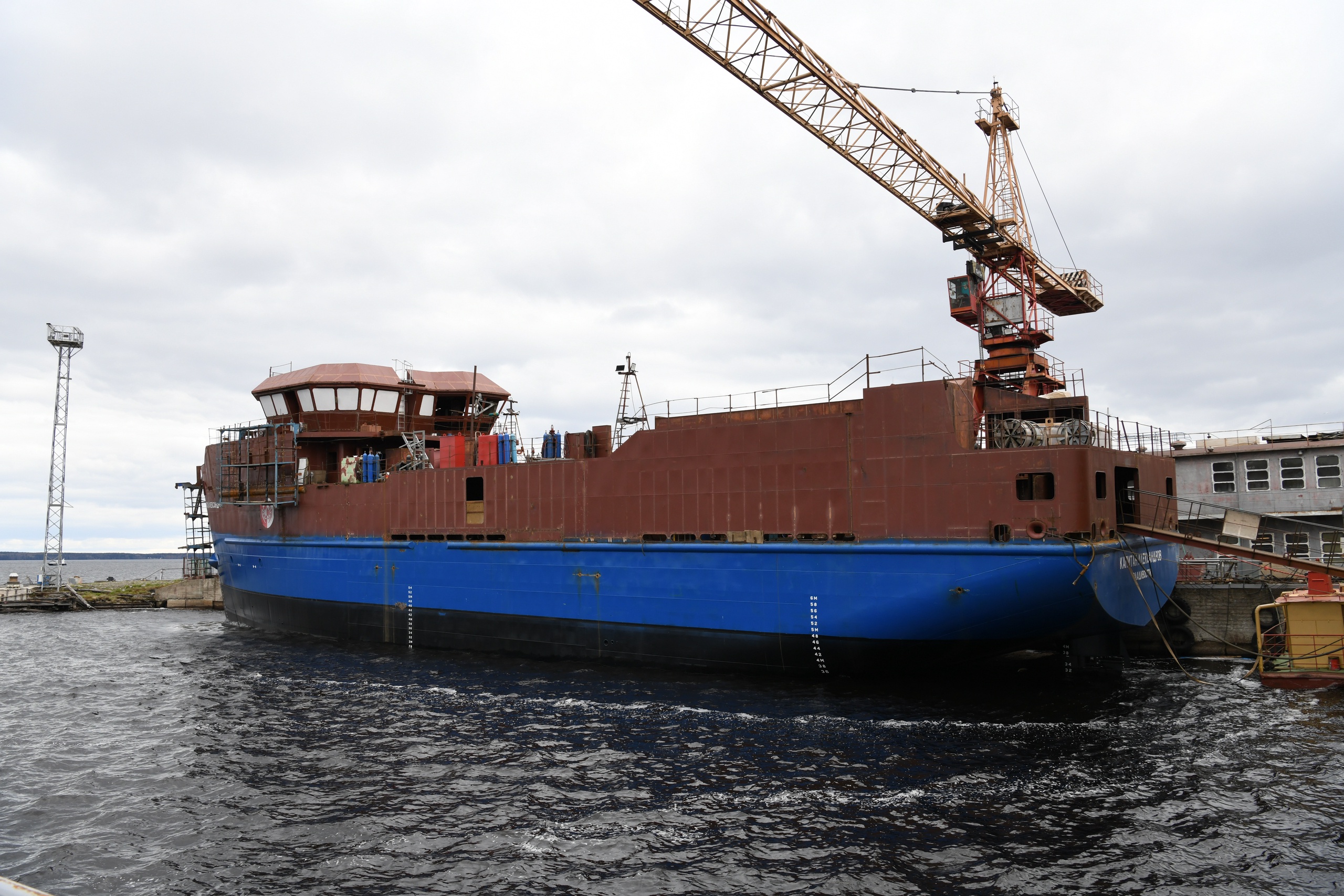 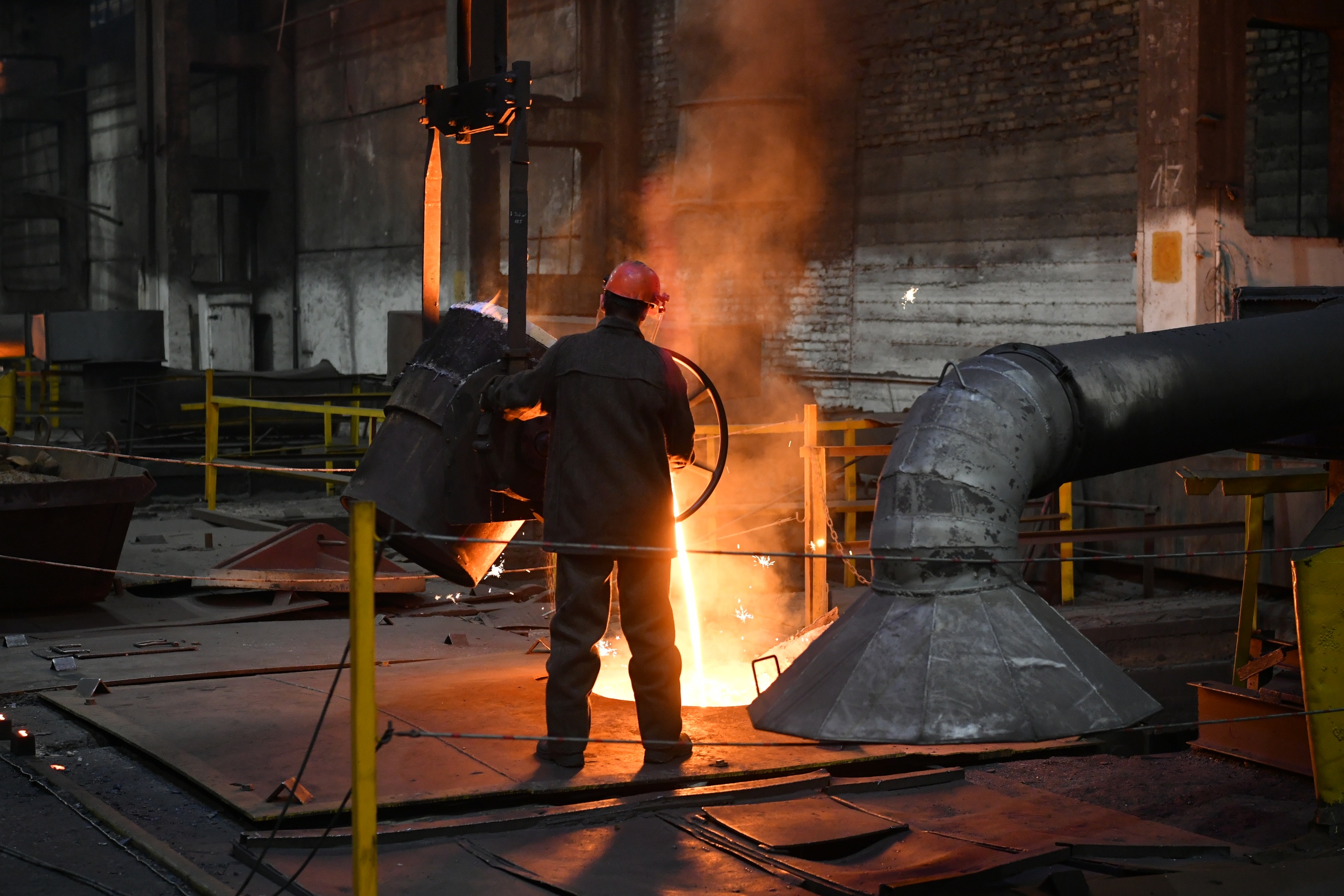 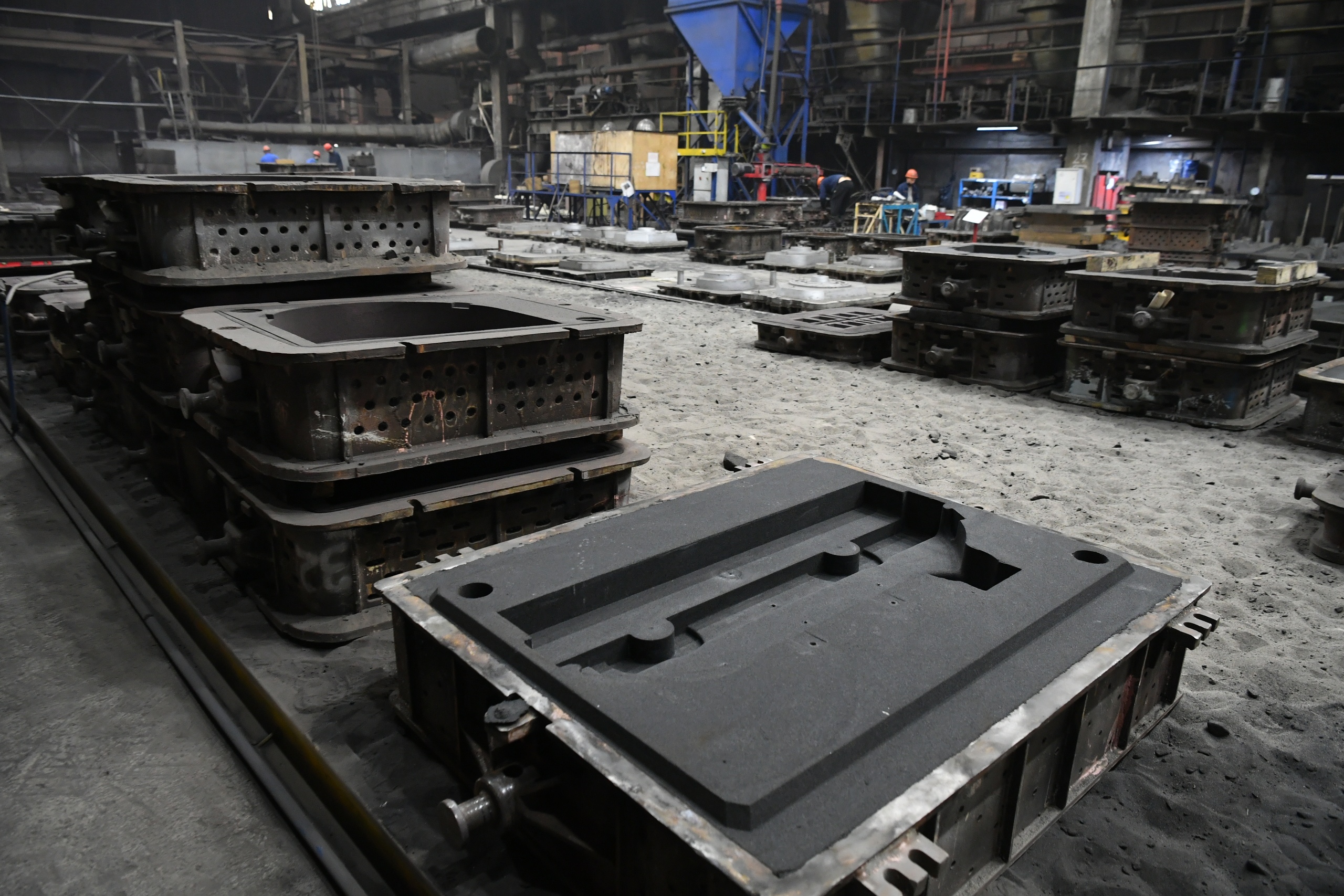 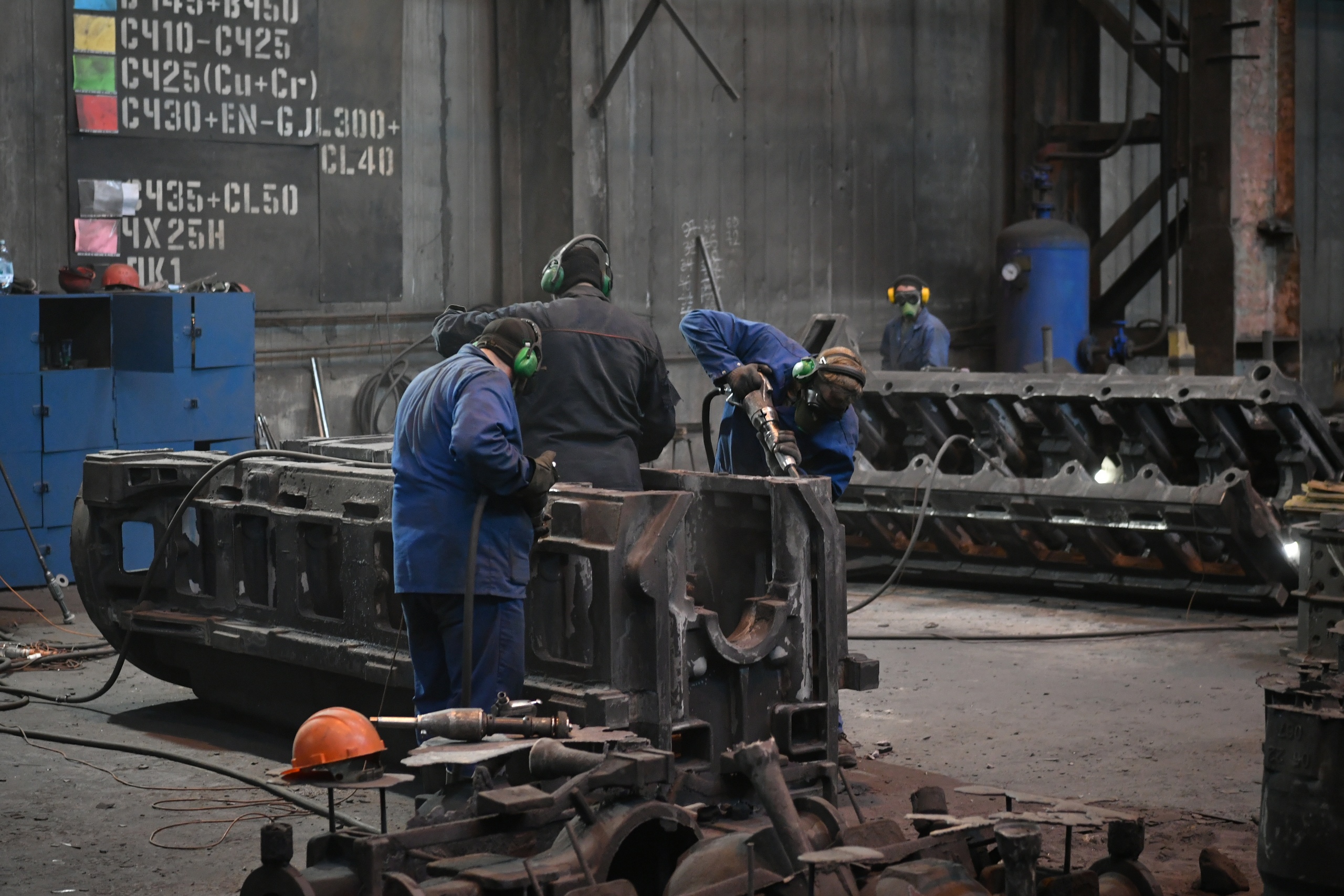 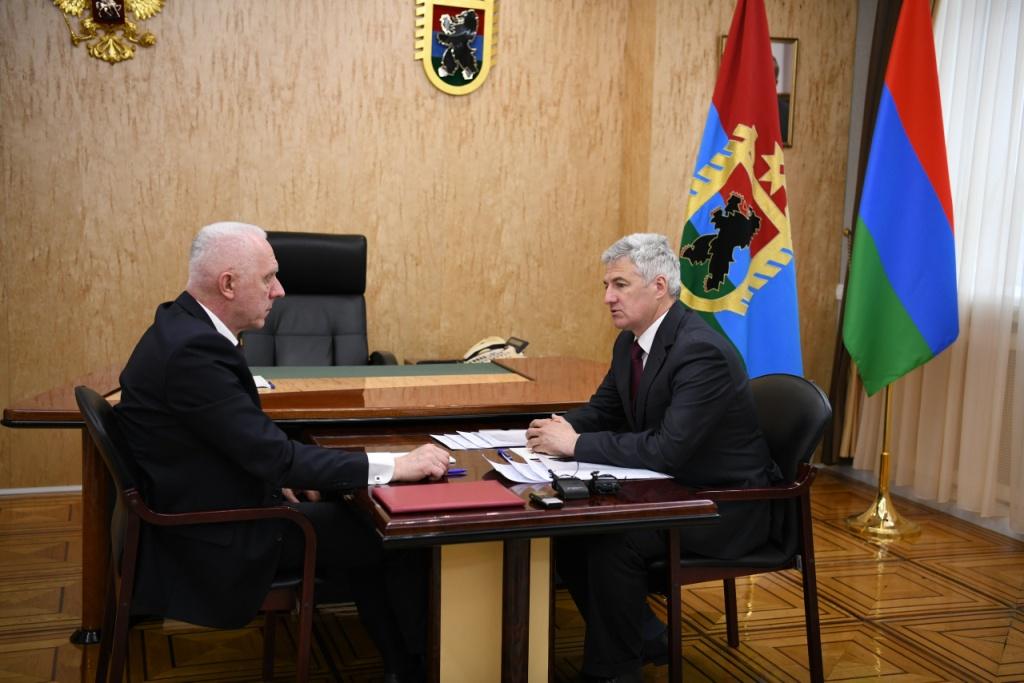