Artur Parfenchikov took office as Head of the Republic of Karelia

Elected by a majority of vote in the last elections, the head of the region swore his allegiance to the republic and the citizens.

On September 26, the official ceremony of inauguration of the Head of Karelia took place at the National Library. The event, which was broadcast live, was attended by the Plenipotentiary Envoy of the President of the Russian Federation to the Northwestern Federal District Alexander Gutsan, the Deputy Secretary of the Security Council of the Russian Federation Yuri Kokov, the State Duma deputy Valentina Pivnenko, the Karelian parliamentarians, the heads of the state authorities and the local government, enterprises and institutions and the members of the public.

After taking the oath on the Constitution of Karelia, Artur Parfenchikov addressed the residents, thanking everyone who took part in the voting and who supported his candidacy.

- I am assuming the position of the Head of the Republic, having five years of experience under belt in this post. And the support that was given to me, on the one hand, is the assessment of the results achieved in the development of the republic. On the other hand, I consider this support as the order from the voters to continue moving along the chosen course, no less actively and dynamically, - Artur Parfenchikov emphasized.

The head noted that all the positive changes that had taken place in the republic in recent years were not his personal merit, but the result of large-scale, systematic and meticulous teamwork. This was facilitated by significant federal support, including the President of the country. But the main thing was the regional initiative: active participation in the joint work of the Legislative Assembly, constructive political forces, the business community and the residents.

- Dear countrymen! I constantly and often visit the districts of the republic, I communicate a lot and openly with people. Regarding the results of these meetings and the elections, I want to say: I have heard and understood all of you! I assure you that I will do my best to ensure higher living standards in Karelia. Karelia is now more self-confident, a powerful foundation has been created for further modernization of the region. We are not going to change this course, - said Artur Parfenchikov.

On behalf of the President of Russia, the RF Presidential Envoy Alexander Gutsan congratulated Artur Parfenchikov on his inauguration.

- The residents of the region have given credence to you, have appreciated your ability to work, trust you as their fellow countryman, a competent leader, who cares for his homeland, the Republic of Karelia. The convincing victory in the elections implies the support of the population for programs aimed at development of the region, a considerable assessment of your actions to address social and economic issues based on a team of like-minded people and interaction with the federal authorities, said Alexander Gutsan.

The Plenipotentiary Representative of the President appreciated the success of Karelia, which it had achieved over the past five years in many areas, and especially noted the openness of the Head of Karelia to the people.

- You devote a lot of time to personal, direct communication, you know all the issues that bother the residents, openly discuss regional life issues with the citizens. It is very important. It is the approach that underlies the improvement of the quality of the citizens’ life. The support of the President of Russia for your activities as a leader shows the correctness of the decisions you make, of your statecraft in solving and fulfilling the set tasks, - Alexander Gutsan emphasized.

The Deputy Secretary of the Security Council of the Russian Federation Yury Kokov, the Chairman of the Legislative Assembly Elissan Shandalovich, the State Duma deputy Valentina Pivnenko gave their speeches at the ceremony.

Also today, the meeting of the Plenipotentiary Envoy of the President of the Russian Federation to the Northwestern Federal District with the Head of the Republic of Karelia took place in the Government of the region. Alexander Gutsan personally congratulated Artur Parfenchikov on his election and inauguration as the Head of Karelia.

It should be reminded that according to the results of the election for the position of the Head of Karelia, which was held in the republic from September 9 to 11, 69.15% of the electorate (97543 people) voted for Artur Parfenchikov.

Artur Parfenchikov has been heading the republic since 2017. During the first 5 years of his leadership, he managed to change fundamentally the social and economic situation in the region. During this period, Karelia has achieved unprecedented attention from the federal center, and the amount of its support has gone up 2.4 times. The budget revenues increased 1.8 times. The investments have increased by an order of magnitude, the infrastructure and the social sphere are being renewed. 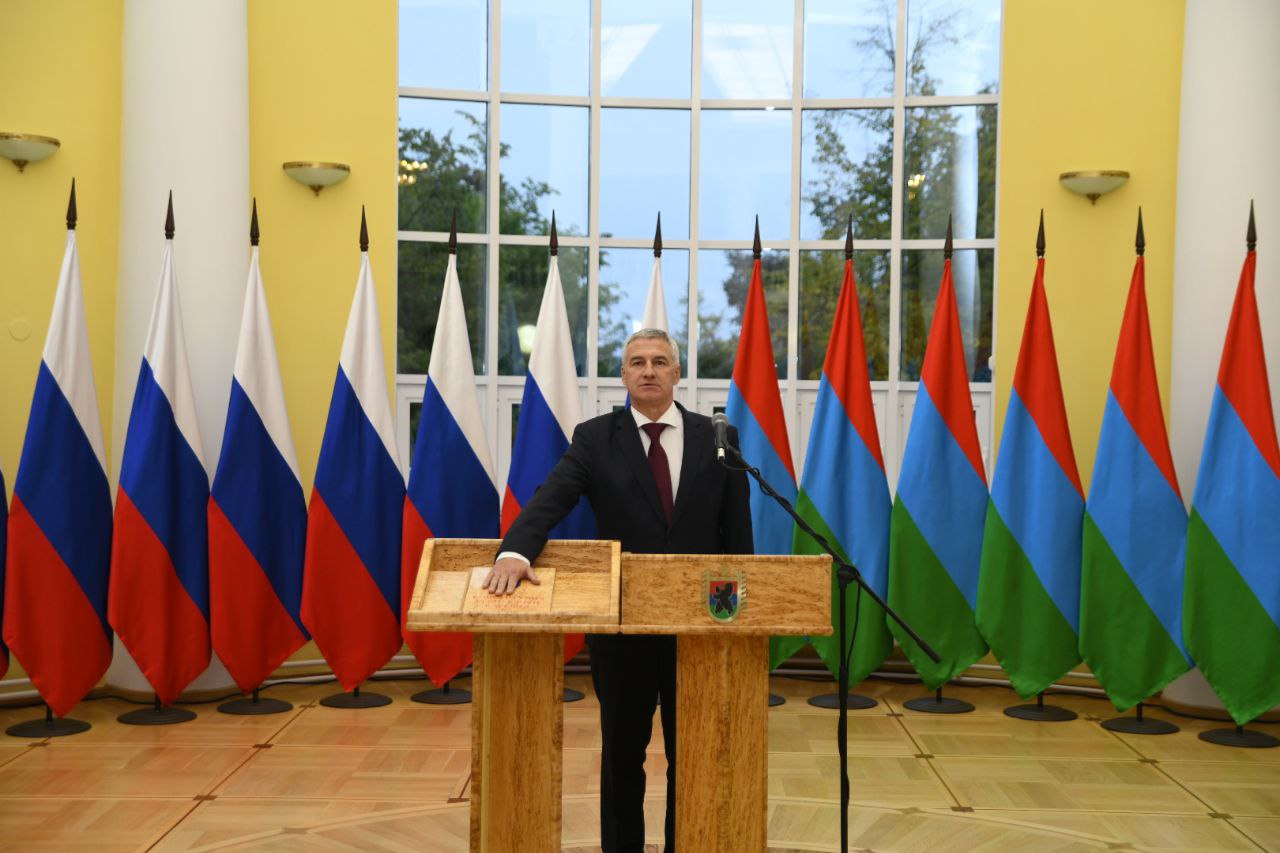 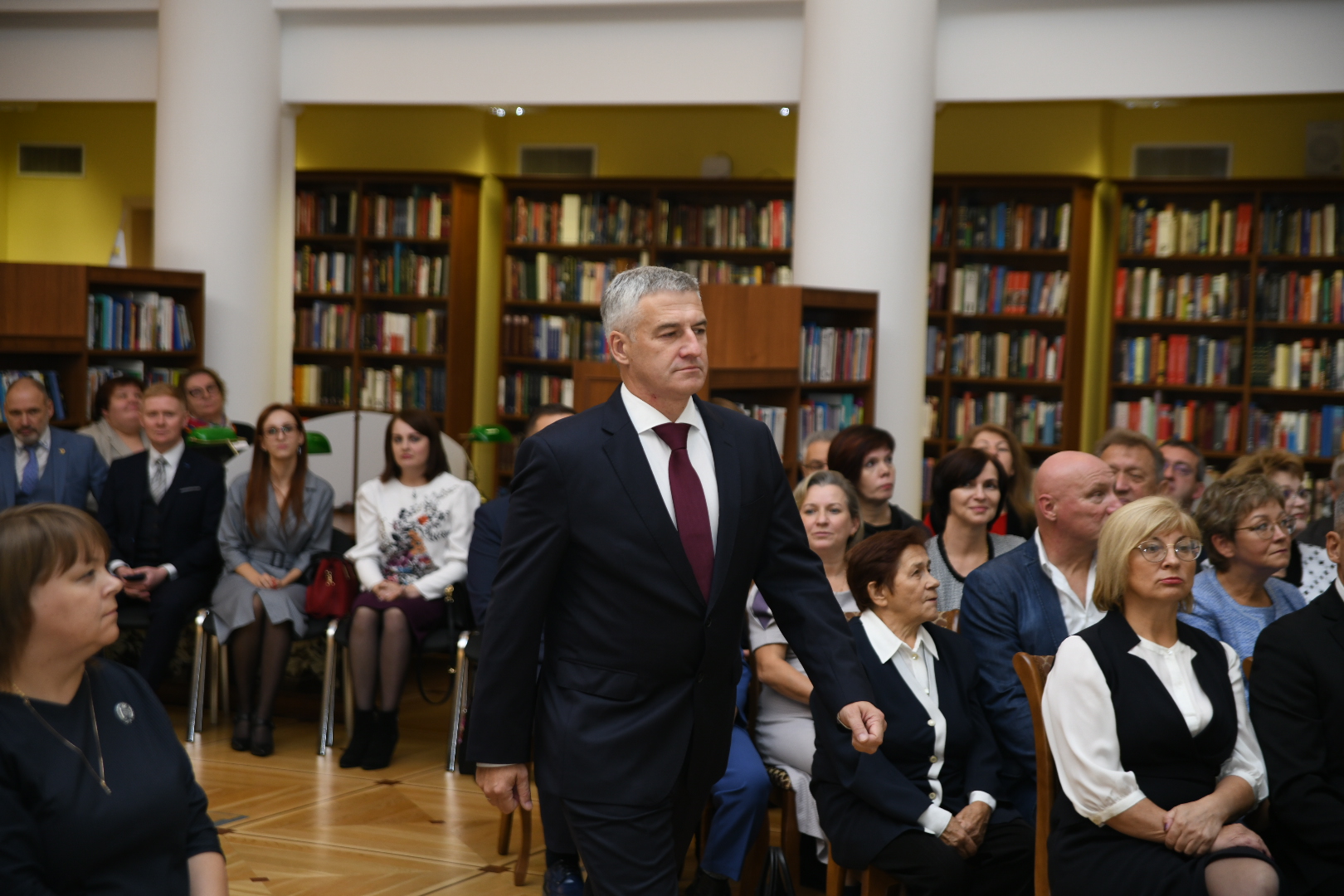 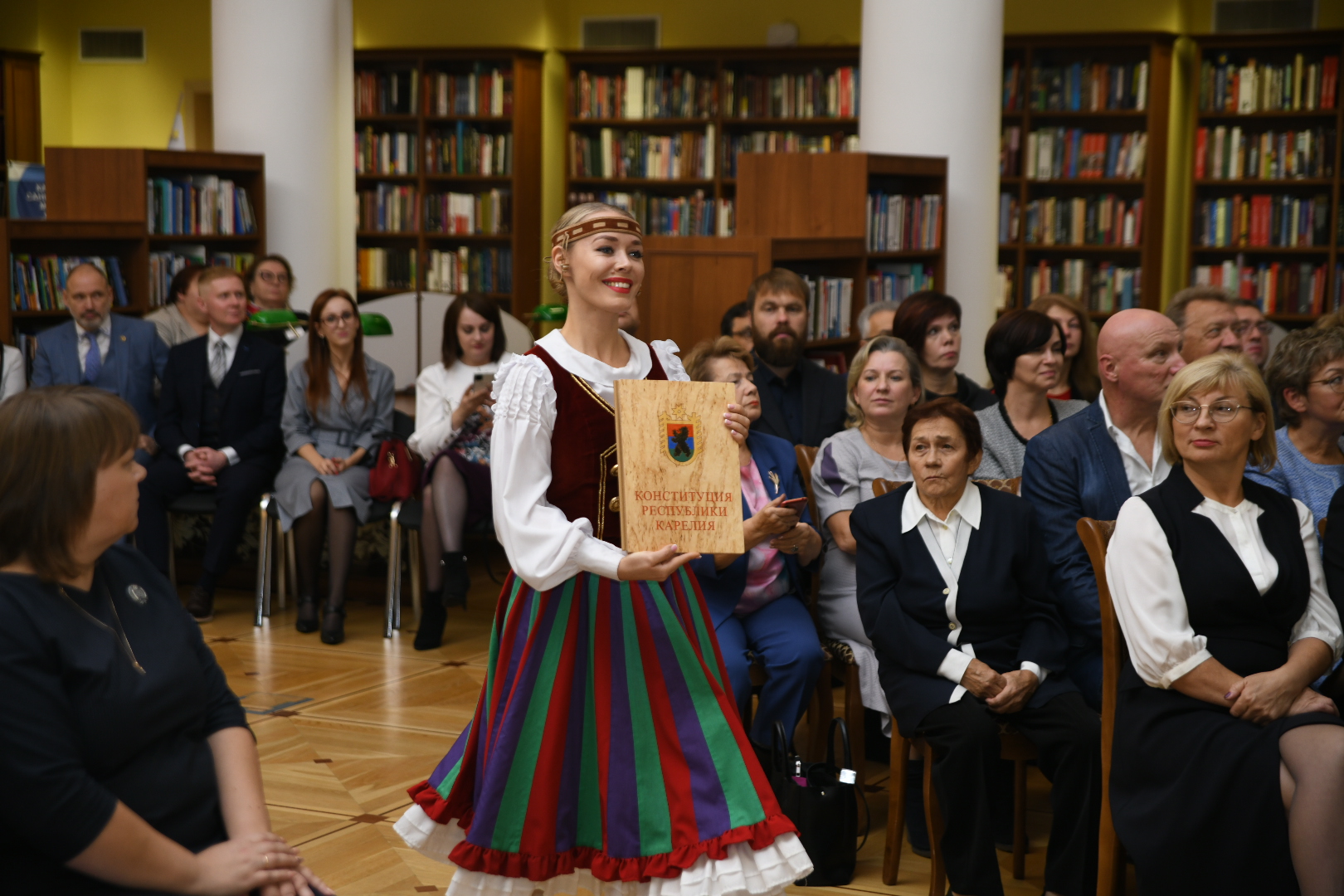 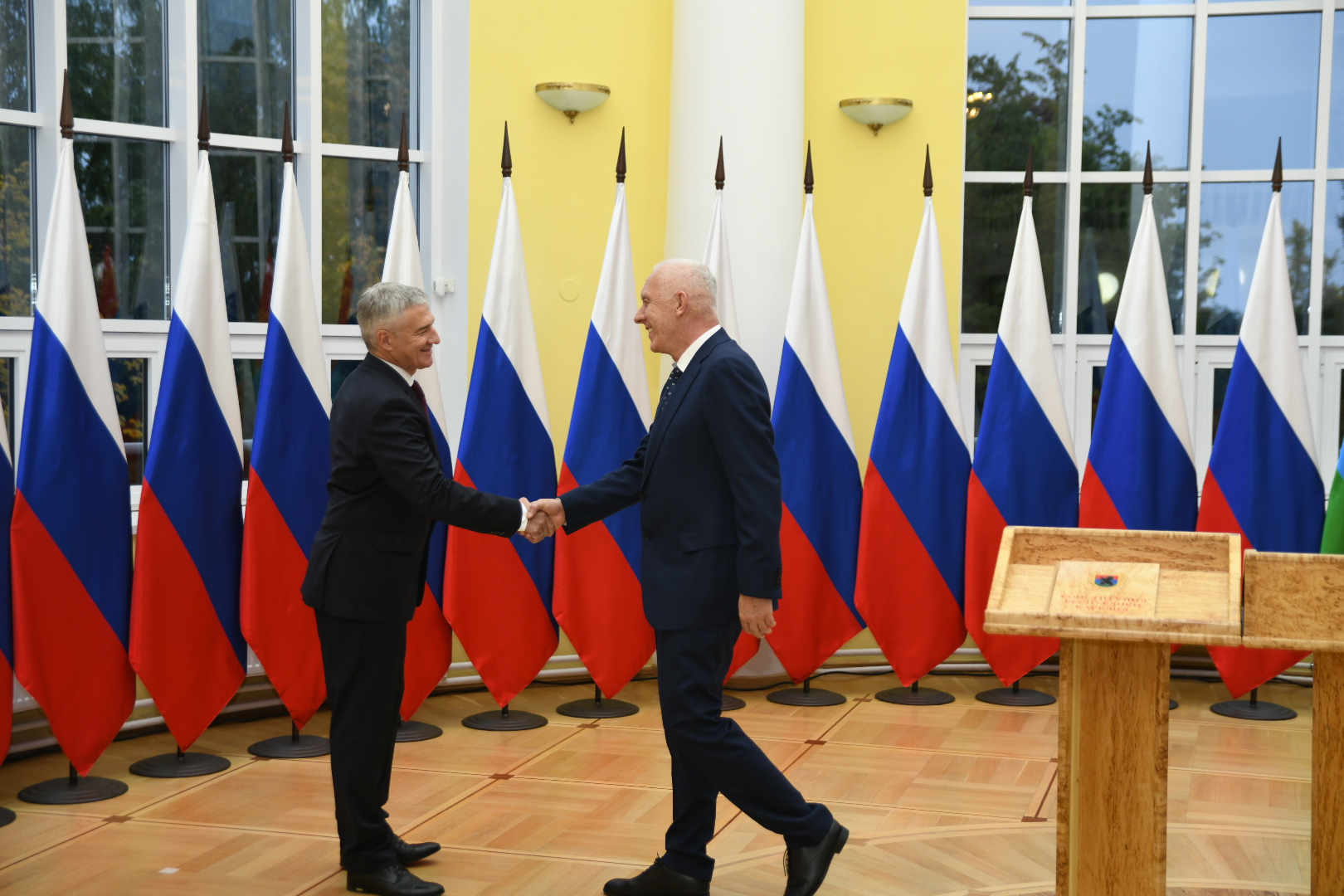 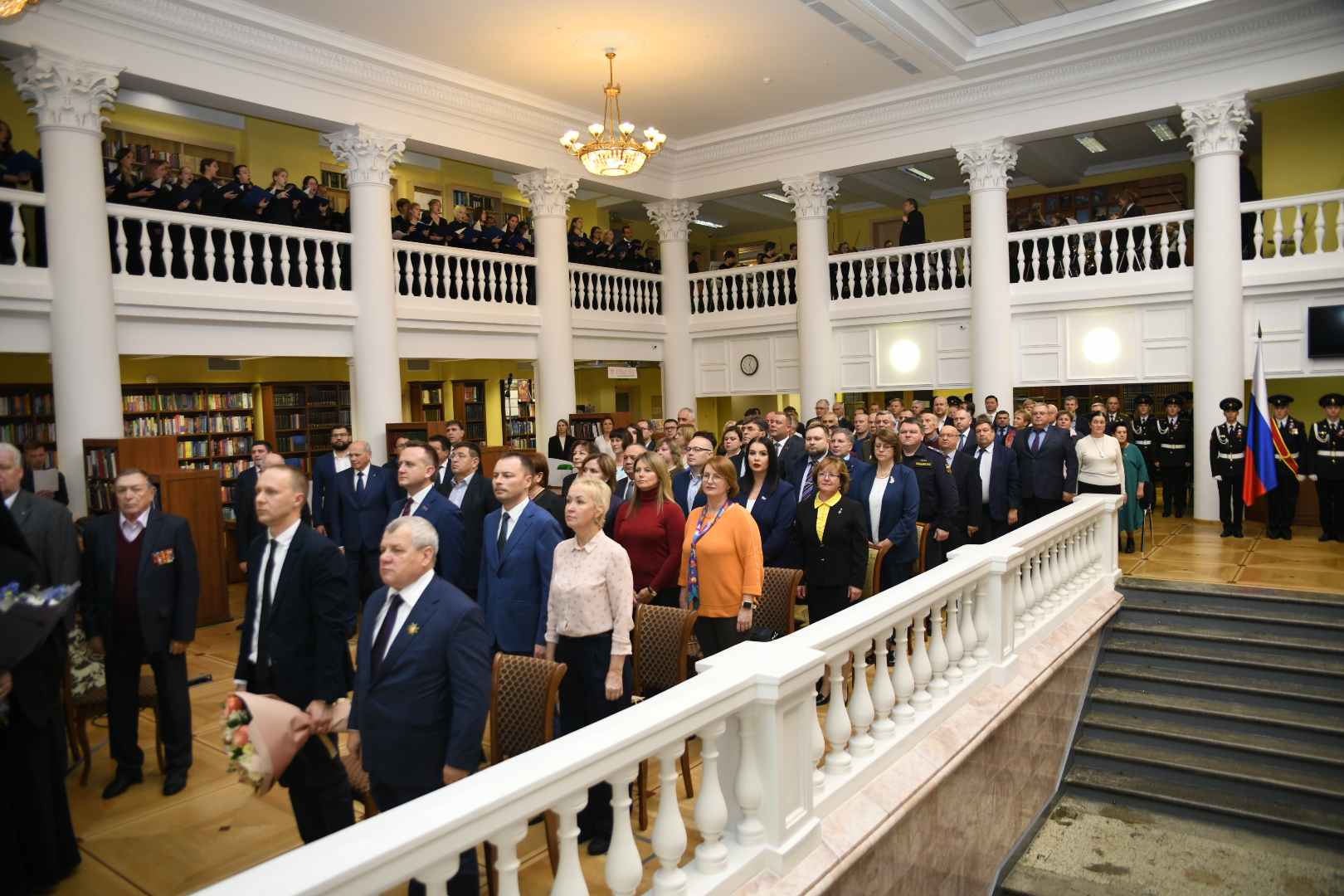 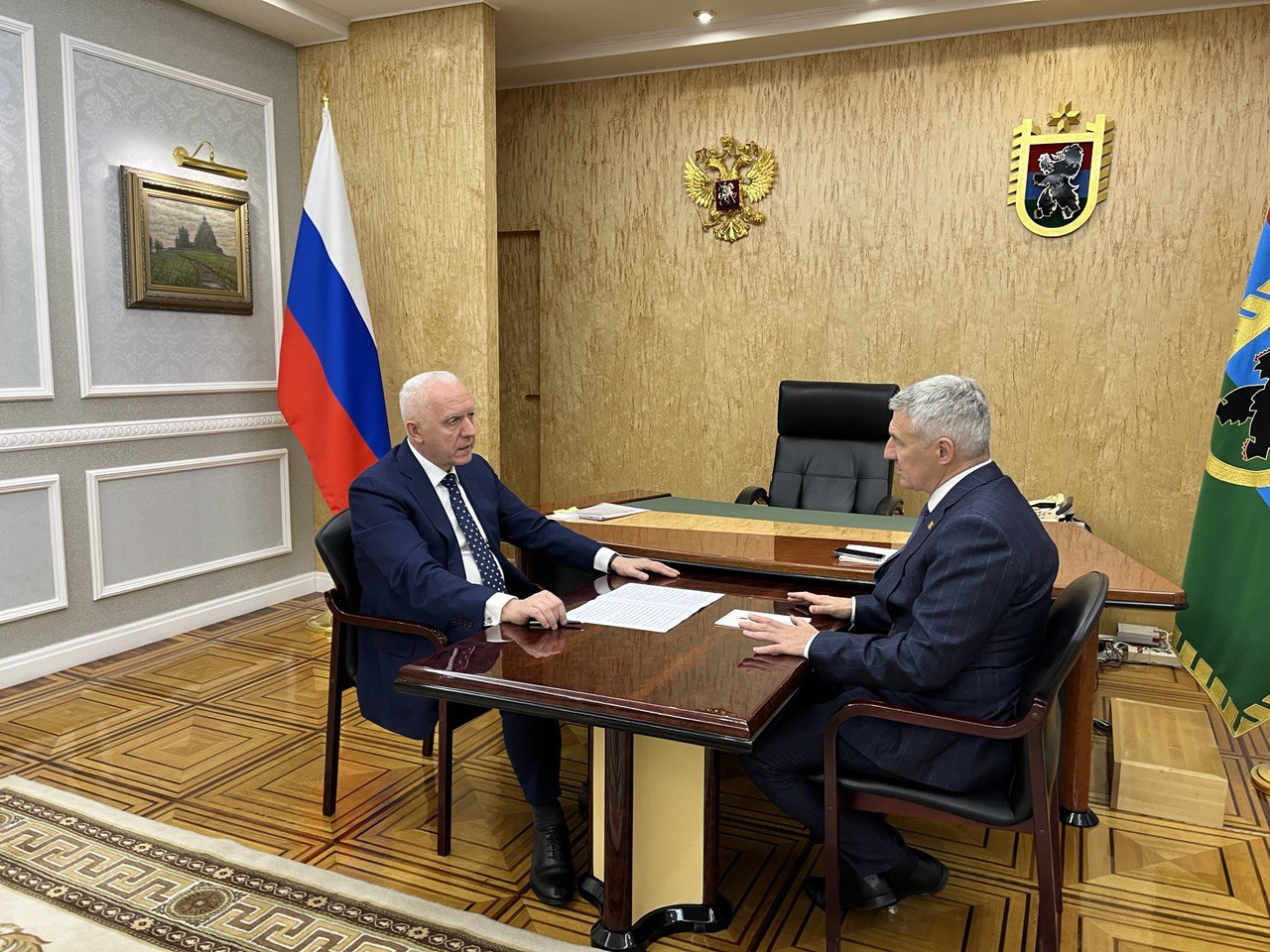 01/06
AUTHORITIES
Head of the Republic
Вверх