The head of the region reported to the Head of the State on the position of affairs in Karelia and asked for support in solving a number of key tasks.

The working meeting of the President of Russia Vladimir Putin with the Head of Karelia Artur Parfenchikov took place via videoconference. During the conversation, the head of the region reported to the Head of the State on the position of affairs in the republic. Important issues that affect the interests of all residents of Karelia were also discussed.

In particular, Artur Parfenchikov addressed the President of Russia with a proposal to support the republic in extending preferential electricity tariffs for the Karelian enterprises. The tariffs were significantly reduced in 2018 thanks to the President’s personal support, which gave a powerful economic effect in the form of investment growth and production profitability. However, the period of the preference granted to Karelia for the purchase of energy at beneficial prices expires on January 1, 2023.

The meeting also discussed the issue of emergency housing resettlement in the region. As Artur Parfenchikov noted, if five years ago Karelia was strongly criticized for low rates of rehousing, now the situation has been changed. Starting from 2024, more than 1 million square meters of housing, judged as emergency after 2017, will have to be resettled in the republic.

- Today we are successfully implementing the program of the citizens’ resettlement. We undertook heightened obligations to complete this program in 2023, reducing its implementation period by two years, - the Head said.

Artur Parfenchikov suggested the President of Russia to allocate federal funds in advance for the program of resettlement from emergency housing stock to those regions of the republic where the previous stage of this program has already been completed.

Another topic of discussion was the development of domestic passenger air transportation. Artur Parfenchikov reported to the President on the readiness of the project for creation of the federal state institution "Airports of Karelia". It will be based in Petrozavodsk. It is planned to transfer four landing sites in Kostomuksha, Pudozh, Kalevala and Sortavala to the new enterprise. The head of Karelia asked Vladimir Putin to support this project and provide additional funds for its implementation in 2023-2025.

Relevant instructions from the President of Russia will be given in respect of all matters.

At the end of the meeting, Vladimir Putin noted that when Artur Parfenchikov had just headed the region, the situation hadn’t been easy, but today positive trends could be traced in the republic development.

- I hope that your experience, which you have gained as the head of the region, will have a positive impact on the results of your next iteration as the Head of the Republic, - said the President of Russia.

Photo from the official website of the President of Russia. 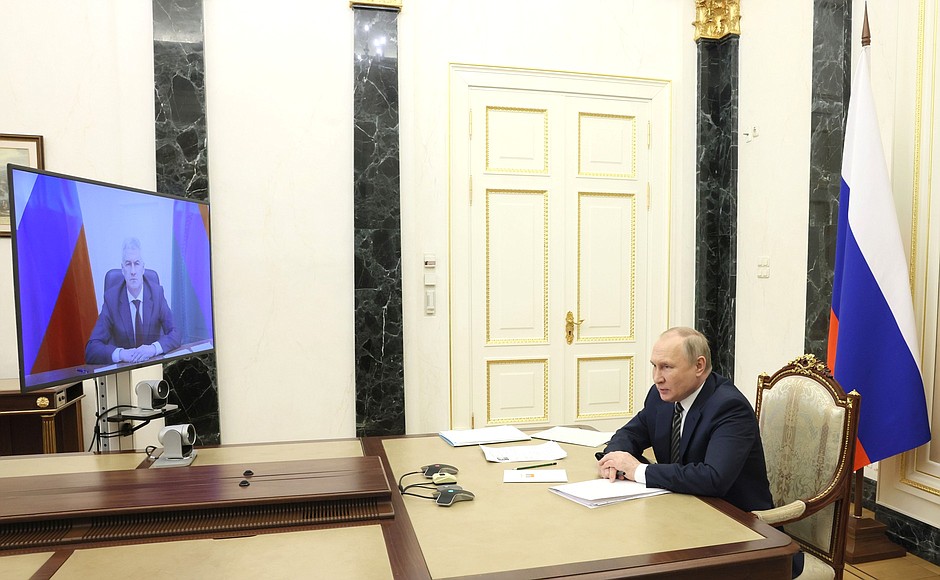