The list of the checkpoints for entering the country with a single electronic visa was expanded by the Russian Government. Among them, there is the international motor vehicle crossing point (IMVCP) “Vyartsilya” on the Russian-Finnish border. The corresponding order was signed by the Chairman of the Government of the Russian Federation Mikhail Mishustin.

The IMVCP “Vyartsilya” became the first checkpoint in Karelia for entering Russia with a single electronic visa.

“This was preceded by a lot of activities that we were implementing together with the federal center over the past several years. We were aimed at ensuring that our republic, along with other pilot regions, such as Kaliningrad, Vladivostok, St. Petersburg and the Leningrad Region, could receive foreign tourists with the electronic visa,” said the Head of the Republic Artur Parfenchikov on his page on social networks.

The IMVCP “Vyartsilya” is the largest checkpoint of the Karelian part of the Russian-Finnish state border which operates around the clock. In addition to the passage of individuals, cars and trucks, it ensures the transit of goods across Russia as well as to the countries of the Eurasian Economic Union and the European Union. The area of ​​activity of the Vartsila customs post also includes a railway checkpoint. Now the checkpoint is technically completely ready for innovation, it has all the necessary equipment to work with the electronic visas.

Last year, the overhaul of the federal road “Access to the IMVCP “Vyartsilya” was completed. After the road was taken into federal ownership, the 54-kilometer highway to the international automobile checkpoint was completely overhauled. Now the renewed twolane road provides comfortable and safe trip along the most important direction to the border with the northern European countries and one of the most beautiful tourist places in Karelia, the mountain park “Ruskeala”. Besides, it is the part of more than 2,000 km of the international tourist route “Blue Road” which connects Norway, Sweden, Finland, and Russia.

It is also planned to expand the IMVCP “Vyartsilya”. Now, the necessary documentation is being developed.

The next step is to include the IMVCP “Lyuttya” in Kostomuksha in the list of the checkpoints for entering Russia with the single electronic visa. As for our northernmost IMVCP “Suoperya” in the Loukhy region, the necessary preparatory work has yet to be completed there, which is scheduled for the current year.

The use of the electronic visas to enter Russia is of great interest for our neighbors from Finland as well as for the residents of other countries. The introduction of this type of visa for foreign citizens will contribute to the expansion of the foreign economic relations of Karelia, the increase in the tourist flow to the republic, and will have a positive effect on the development of the tourist business. 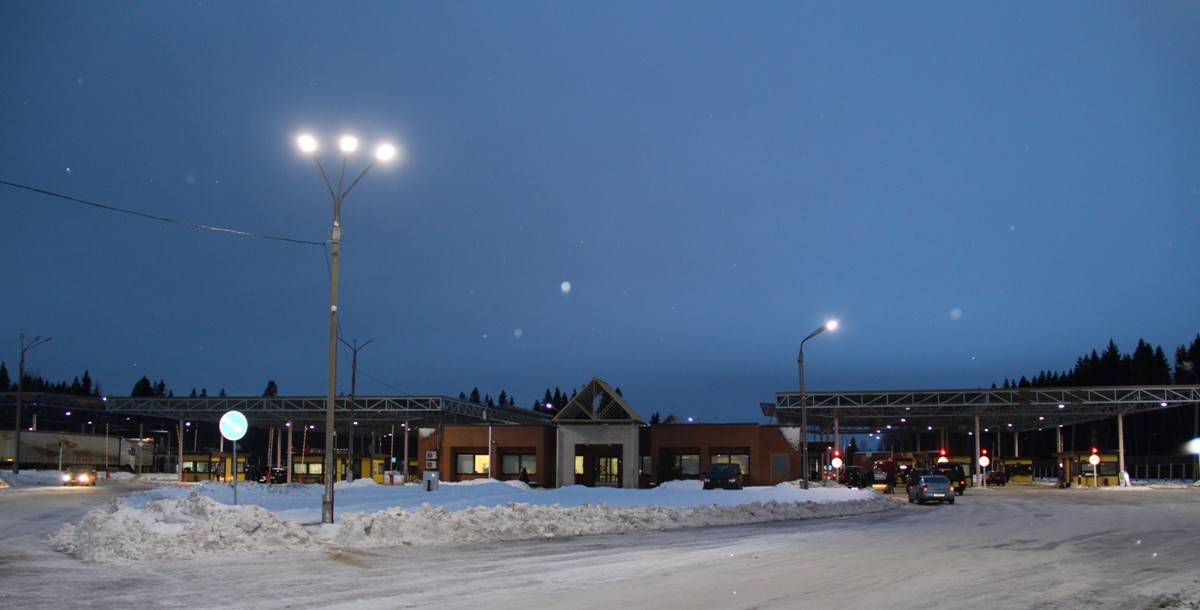