On September 30, a landmark monument - the stele "City of Military Glory", was solemnly opened in Petrozavodsk. It was erected in memory of the valor, feat and heroism of those who fought in arms for the honor and independence of their Fatherland.

The memorial stele "City of Military Glory" is a granite column 11.8 m high with a double-headed bronze eagle which was settled near Kirov Square. On the front side of the pedestal in a bronze cartouche, there is the text of the Decree of the President of Russia on awarding Petrozavodsk with the honorary title the "City of Military Glory". On the back of the pedestal, there is the coat of arms of Petrozavodsk. Nearby, on the granite walls, there are thematic bronze reliefs displaying the scenes from the history of the city military glory: from Peter the Great to the liberation of Petrozavodsk.

The opening of the stele took place on a memorable date for Karelia, the 76th anniversary of the liberation of the republic from the fascist invaders. The head of the region Artur Parfenchikov congratulated the residents and guests of the city on the significant event.

“The history of Petrozavodsk is inextricably linked with the military history of Russia. We will always remember those fighters who defended the country independence during the war years. Today, with the help of the scouting forces, we learn more and more about the history of our heroic divisions, regiments, battalions, which in the most difficult conditions held back the offensive of the Finnish invaders,” said Artur Parfenchikov.

The site for the stele was chosen taking into account the opinion of the public and scientists. According to the Head of Karelia, the monument organically integrated into the infrastructure of Kirov Square. Ceremonial formations, military parades are held here, the “Immortal Regiment” ends its procession here too.

As the Deputy Secretary of the Security Council of Russia Sergey Vakhrukov noted, the stele would become a place of worship for the city defenders.

“I am sure this place will become attractive. The defense of Petrozavodsk, the most difficult occupation, the victorious liberation, sand partisan detachments are glorious pages of history that made it possible to win the Great Victory. It is important for us that future generations not only remember, but also be able to adequately continue the traditions of the veterans,” said Sergei Vakhrukov.

The draft design of the monument was created by the architect Alexander Savelyev. Similar steles have been installed in 45 cities of the Russian military glory. According to the architect, Petrozavodsk residents are distinguished by their love for the history of their city.

“We see how the residents honor military memory,” stressed Alexander Savelyev. “Petrozavodsk, with its love for history, is unique, now it is the part of an unbreakable chain, the vast geography of cities, where memorial steles are installed.”

80 million rubles were allocated from the republican budget for the installation of the monument in preparation for the 100th anniversary of the region. The area around the stele is landscaped. The area in front of it is paved with stone, the paths are made with the maximum preservation of the existing greening, new plants have also been planted.

The opening ceremony of the stele was also attended by the Chairman of the Legislative Assembly of the Republic Elissan Shandalovich, the Head of Petrozavodsk Irina Miroshnik, the veterans and the residents of the city.

It should be reminded that Petrozavodsk became the city of military glory in 2015. It received this title for the courage and perseverance shown by the defenders in the struggle for freedom and independence of the Fatherland.

Before the stele opening, at the memorial complex “Alley of Memory and Glory”, a solemn ceremony of laying flowers took place, dedicated to the 76th anniversary of liberation of Karelia from the fascist invaders. 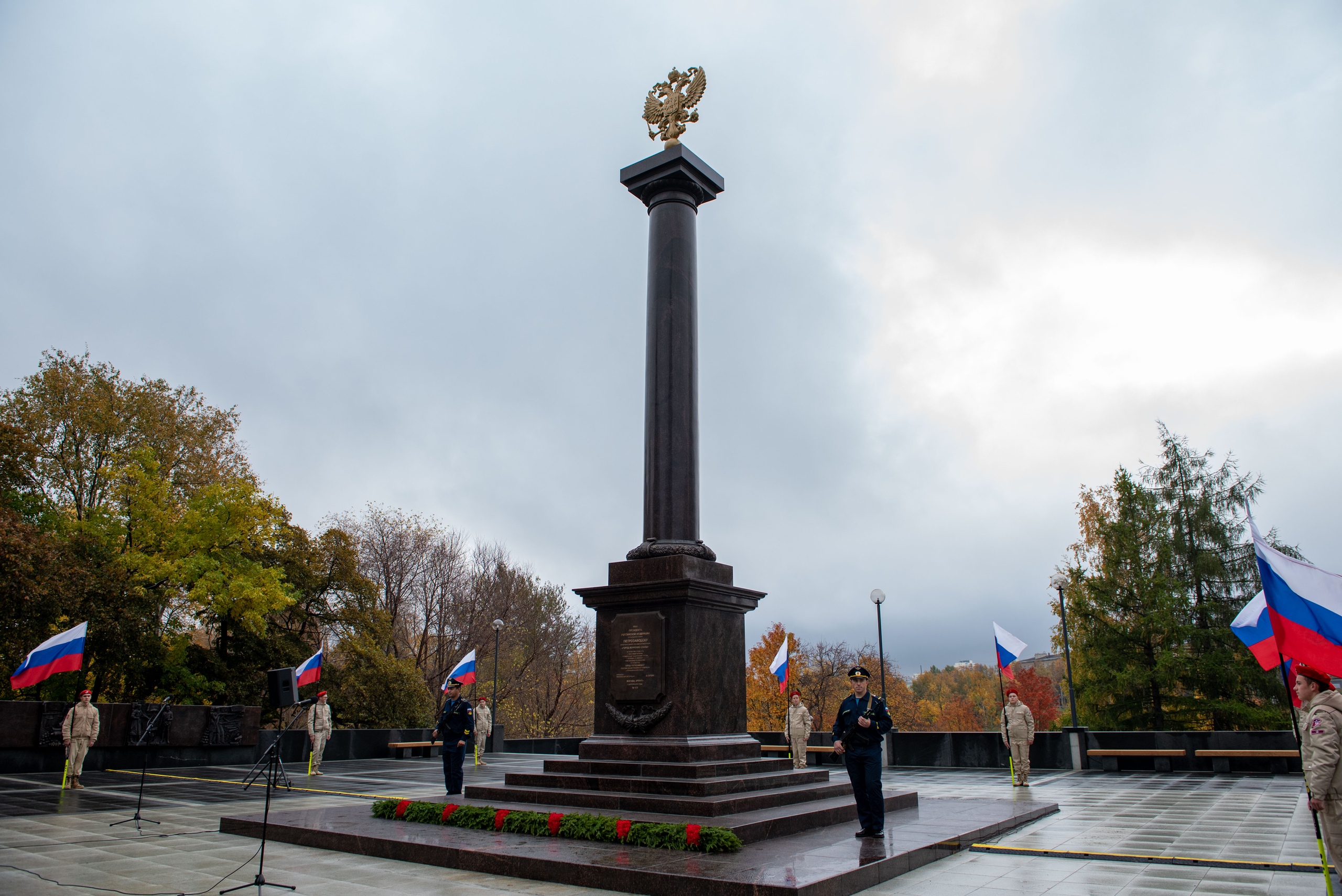 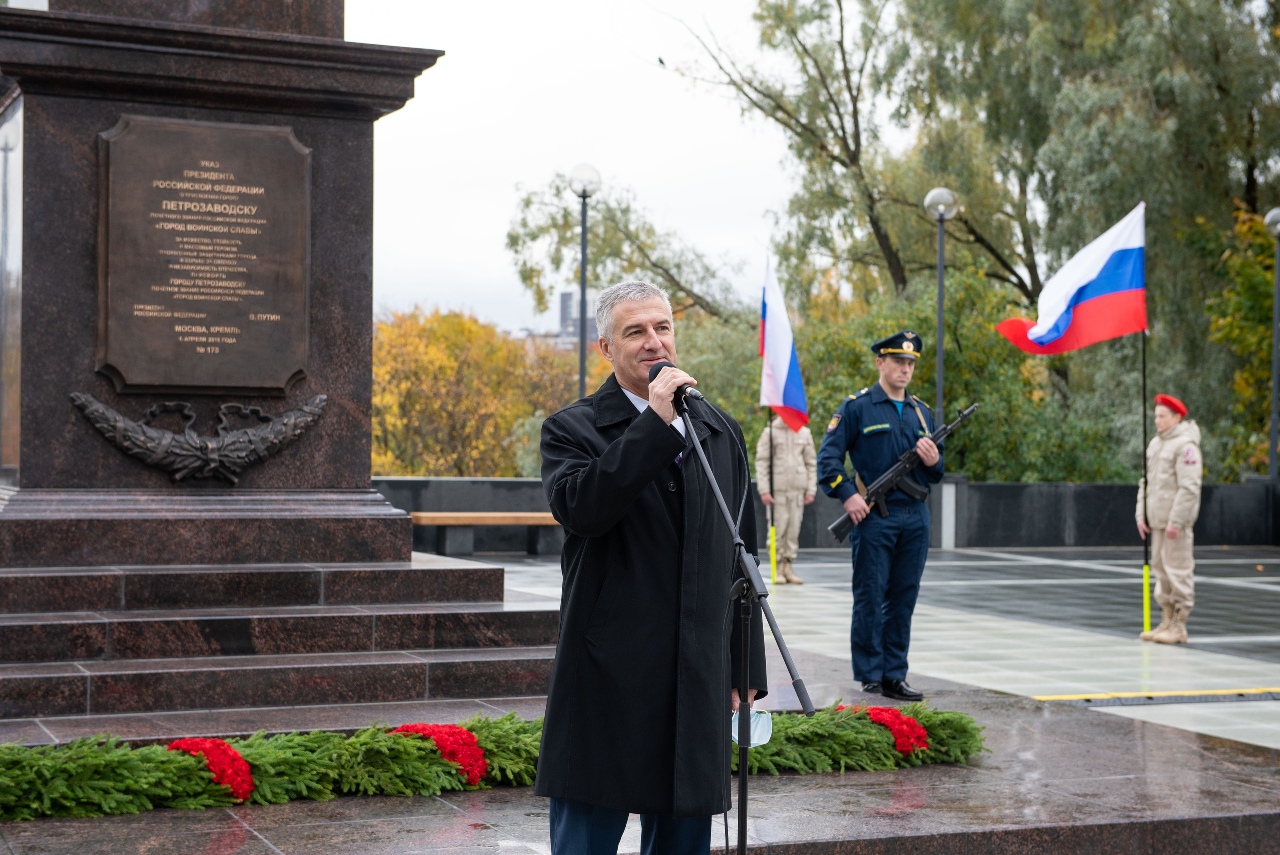 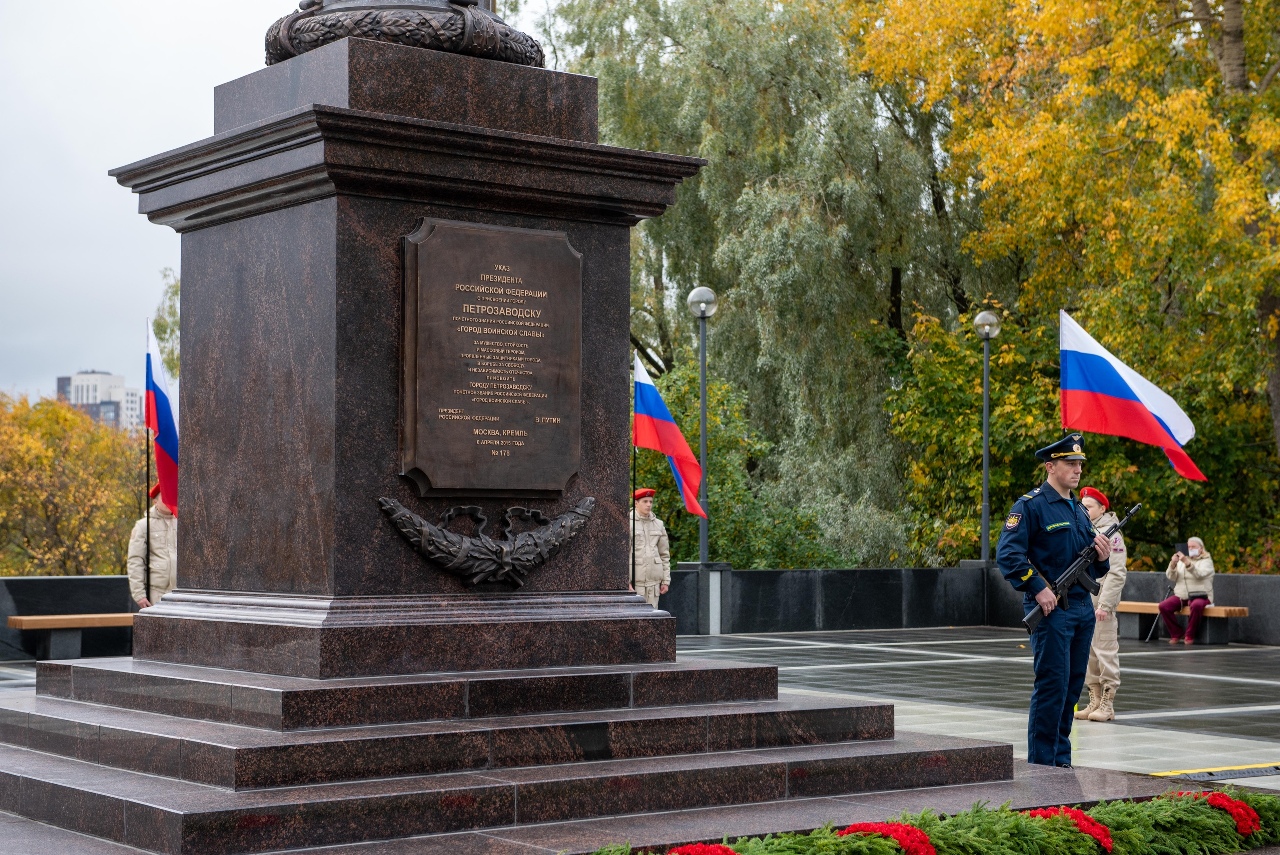 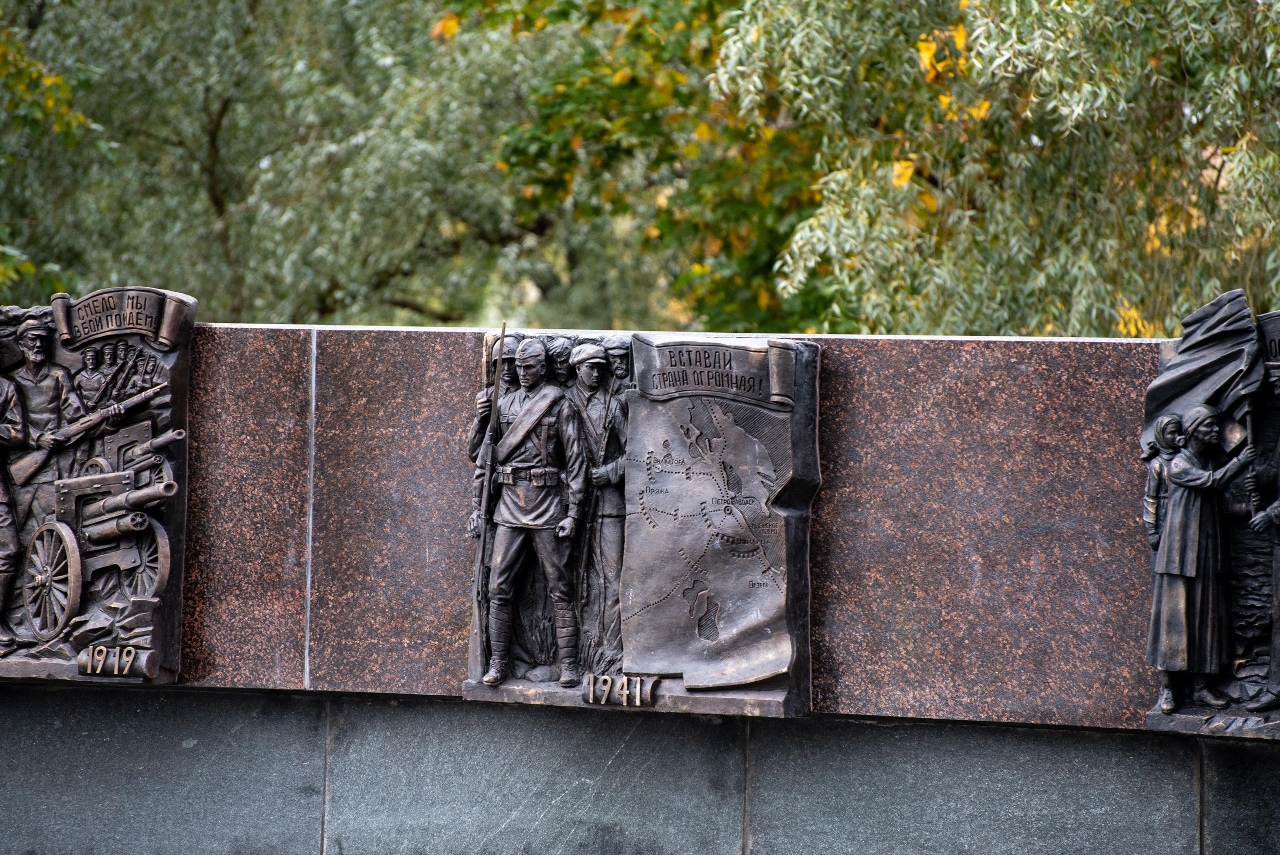 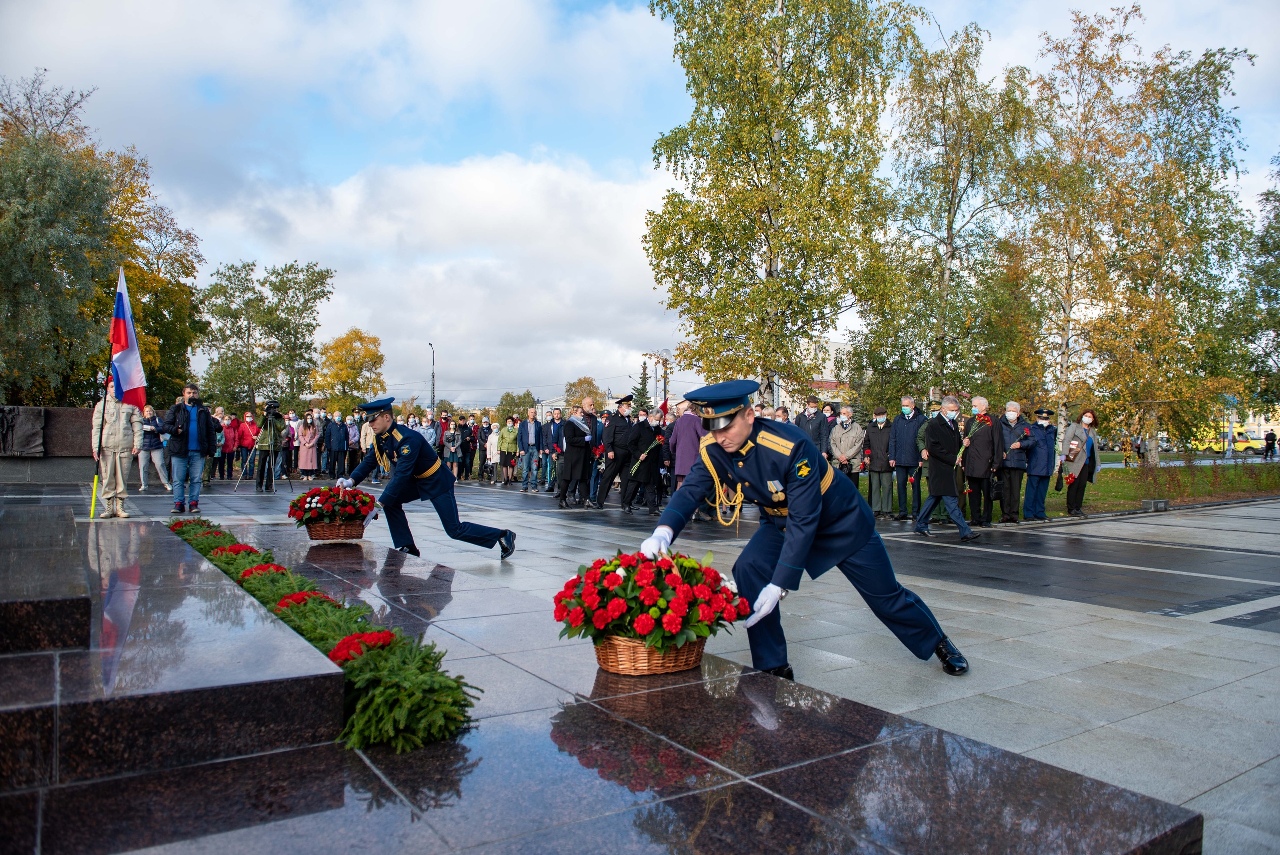 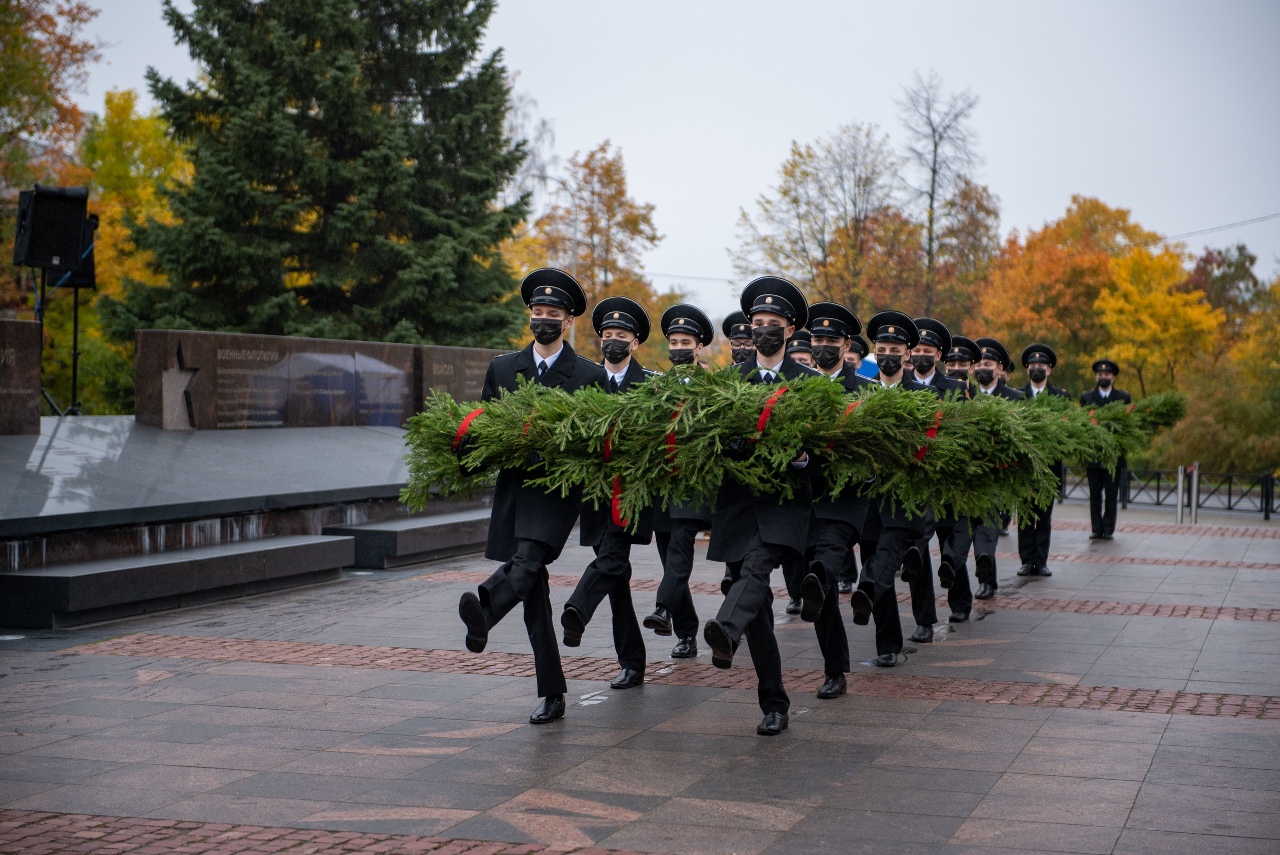 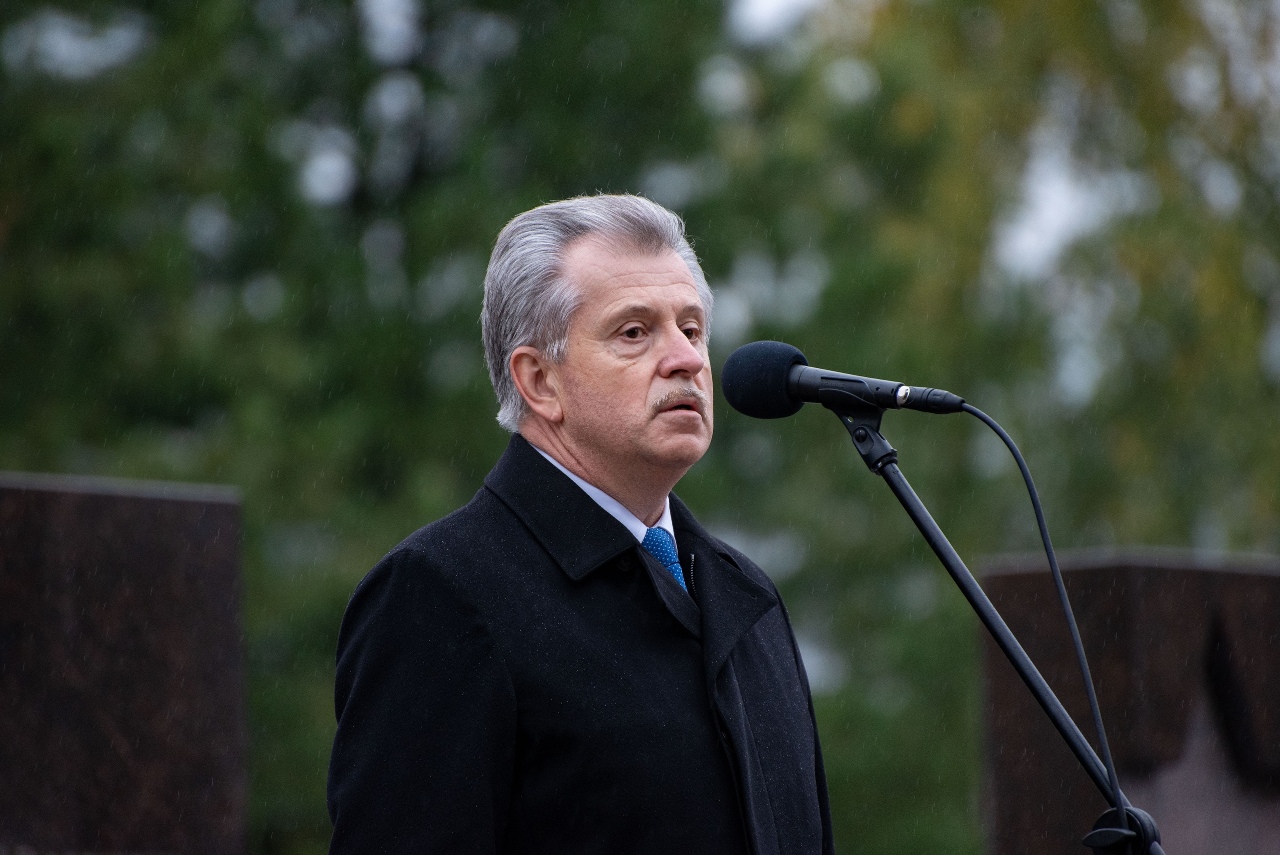 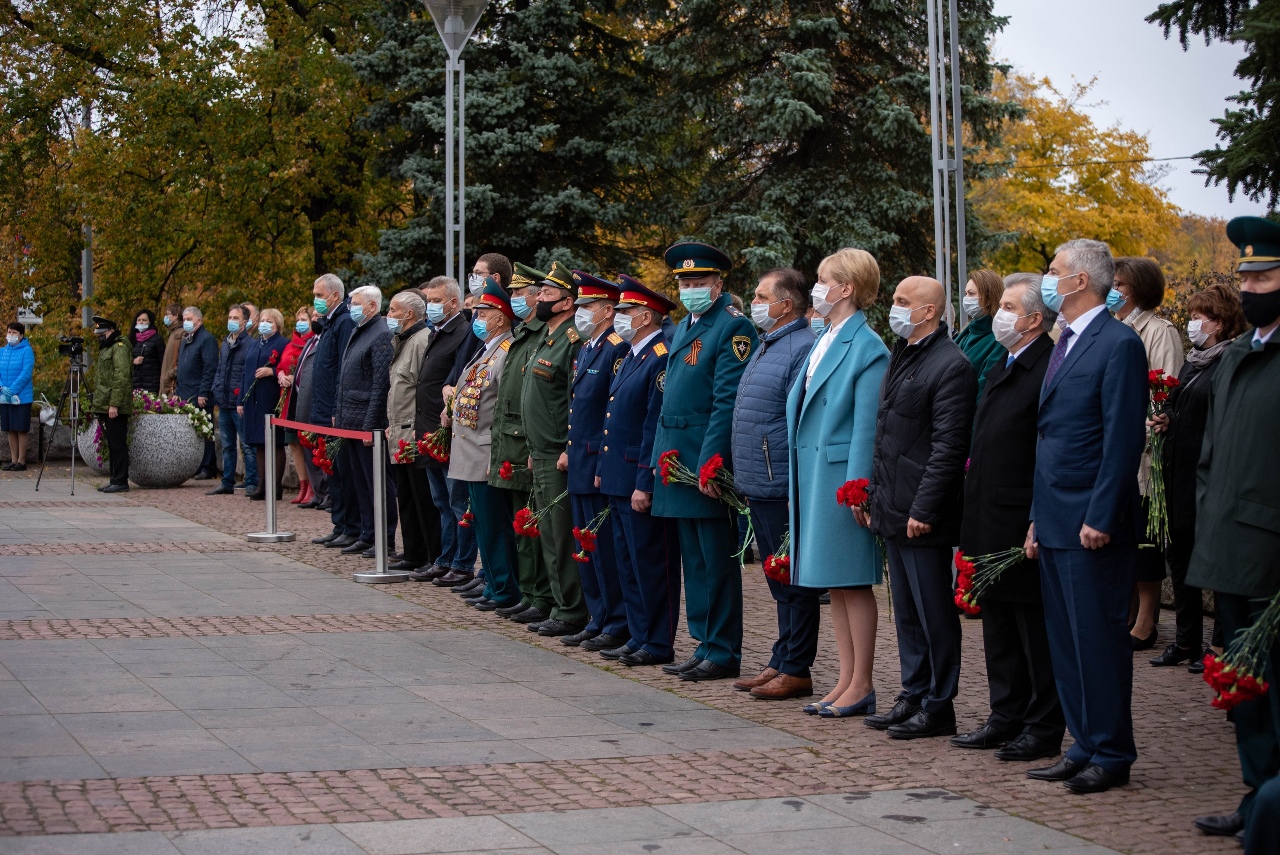 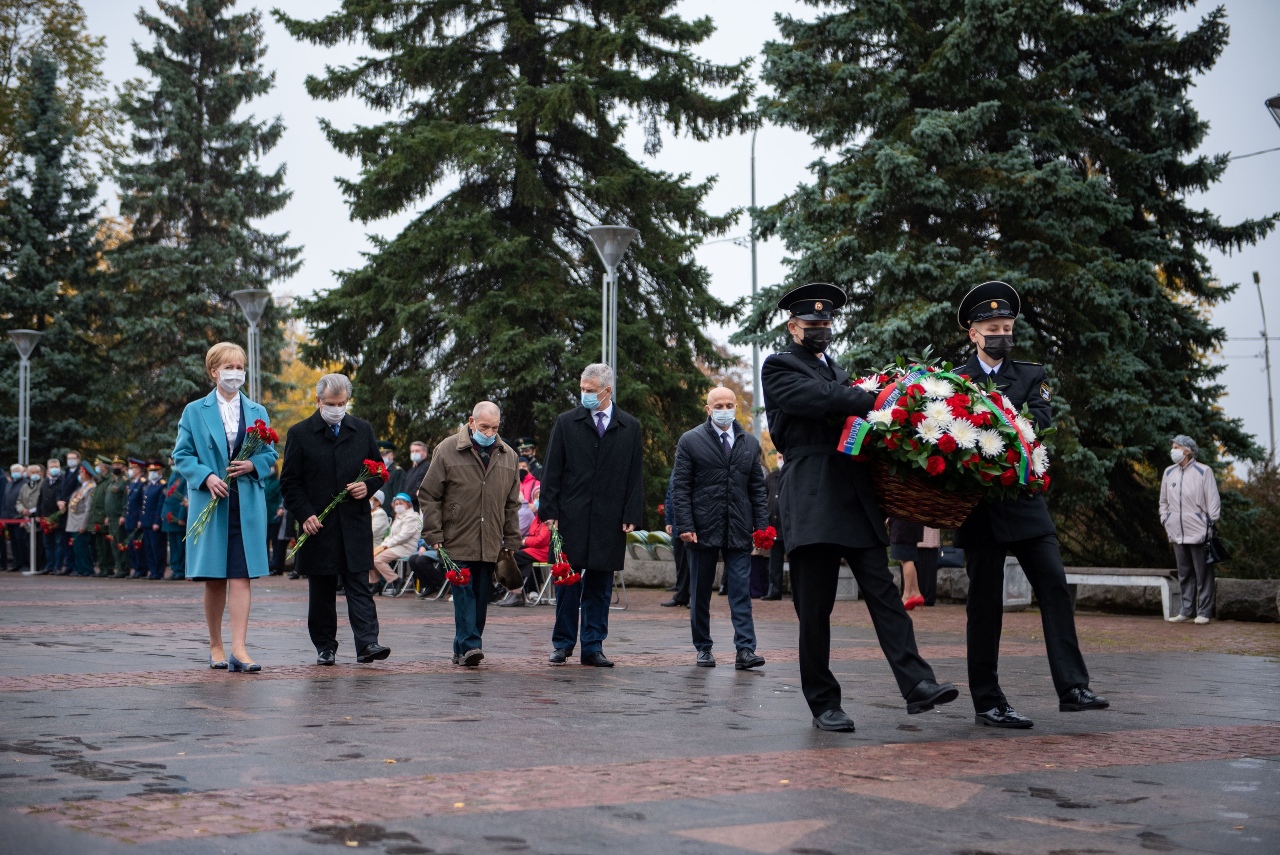 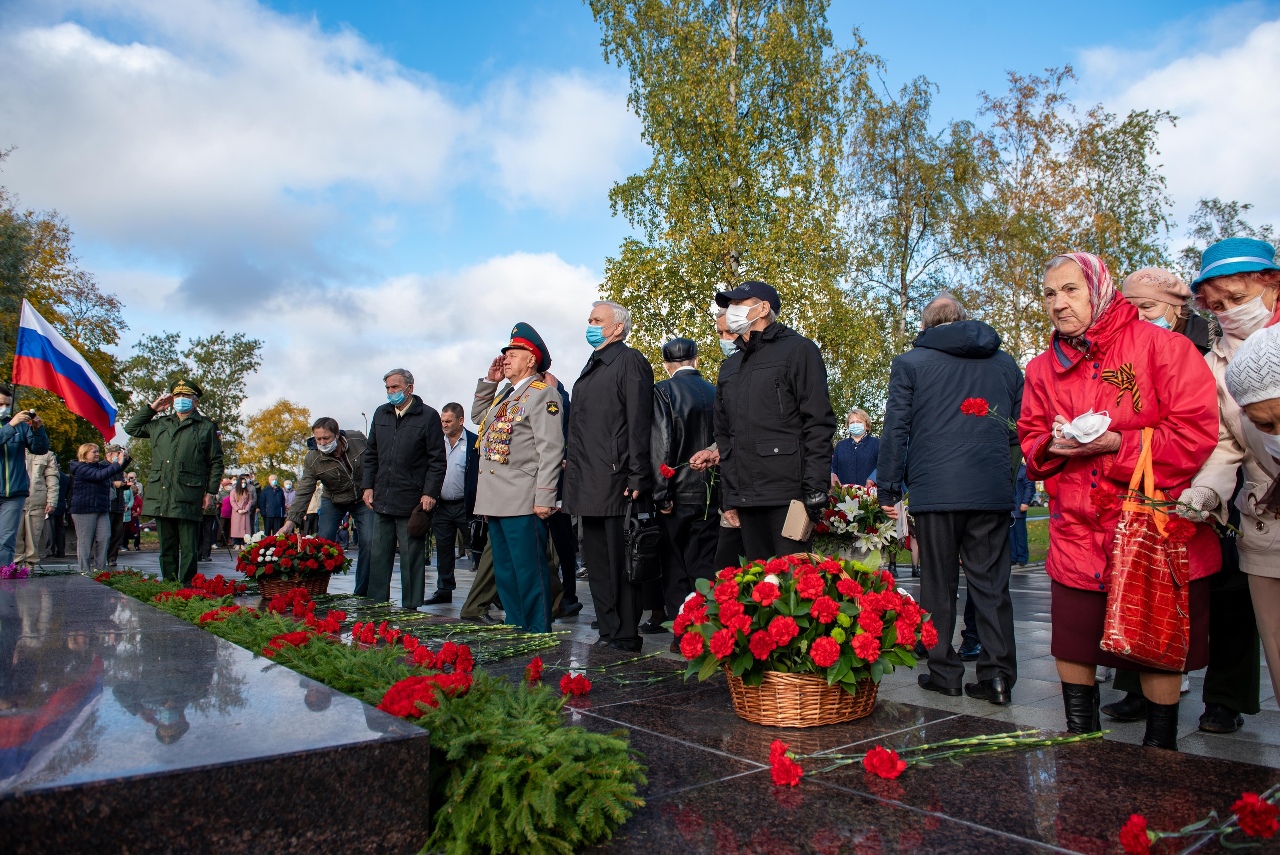