The decision was made at a meeting of the Government of the Russian Federation on September 12. Funds are allocated to ensure the balance of the republican budget.

As the head of the region Arthur Parfenchikov explained, first of all, the funds will be used to increase the reliability of heat supply during the upcoming heating season. It was discussed during the meeting of the Head of Karelia with the Prime Minister Dmitry Medvedev. Arthur Parfenchikov reported on the difficult situation that has developed in the republic at the moment due to rising prices for fuel oil and coal, the main types of fuel for the region. Consequently and according to the results of the previous season, the heat supply organizations formed a substantial debt to heat suppliers.

It should be reminded that last year Karelia already received a subsidy for compensation of expenses to housing and communal services organizations, however, it failed to fully pay off its debts. According to Arthur Parfenchikov, this threatens the supply of fuel on the eve of winter.

− Therefore, I addressed Dmitry Anatolyevich with a request to help the republic, - the Head of Karelia commented on the decision. − And we were heard. I hope that now, thanks to the help of the federal center, we will be able to go through the heating season without problems, and it will be warm in the houses of the residents of Karelia. We will spare no effort for this.

However, for a system solution to the many problems accumulated over decades, this one-time help from the federal center is not enough. Prime Minister Dmitry Medvedev instructed the responsible vice-prime ministers and ministries to prepare a program for modernization of the energy infrastructure of Karelia with the identification of funding sources.

− Only modern energy-saving technologies will help us once and for all get away from the problems that we face annually during the heating seasons,” Arthur Parfenchikov summarized the decisions made. - We are grateful to the federal center for the attention to our northern region. 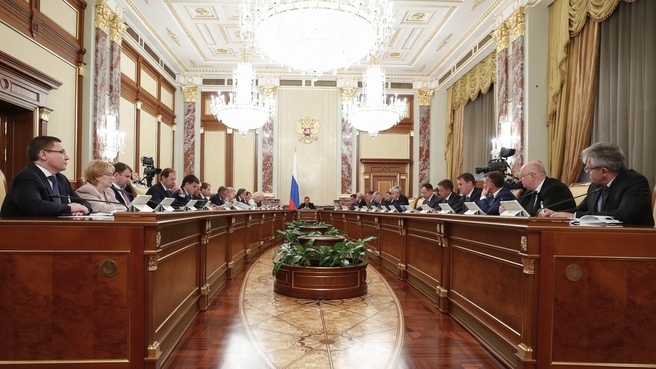