On June 11-12, the Carpentry Festival was held on the reserved island, bringing together the craftsmen teams from Karelia, Irkutsk, the Arkhangelsk region, Finland and Germany. For 24 hours, without sleep and rest, professional carpenters were producing their wooden items, using only hand tools.

The result was a real carpentry marathon, which started at 11 o’clock on June 11 and ended at exactly 11 o’clock the next day. The festival successfully coincided with the period of the famous Karelian white nights, which allowed the carpenters to stay at their workplaces late at night. The noise of axes was heard in the vicinity of peasant Yakovlev’s house at ten o’clock in the evening, and at midnight, and at five in the morning, and at the last minutes before submitting the competition works.

To onlookers, the battle of the best carpenters of Russia and Europe looked extremely peaceful, people were intently working side-by-side. But as in any competition, there were some dramatic situations. Having done a rather painstaking work of chopping logs into half beams by hand, members of “Rolands Brothers” team from Germany found that the wood was affected by the fungus and was not suitable for further use. But it is simply impossible to imagine a carpenter not helping another carpenter on Kizhi Island! In a matter of minutes, the chief Andrei Kovalchuk picked up a suitable replacement and saved his German colleagues, who had to carry out the entire operation of splitting the logs again and make up for lost time.

During the festival, the organizers learned new exciting details about its participants. During an interview for local television, it turned out that one of the hard-working members of the team of the Vocational College of Oulu (Finland) was... the mayor of Ii, a town north of Oulu. Carpentry is a hobby of a modest Finnish town governor, and if there had not been the interview, perhaps information about his high position would have remained a secret.

During the whole carpentry marathon, the guests of Kizhi island did not only observe the process of creating outstanding items from wood, but could also try the profession of a carpenter. An exciting carpentry relay was held for them, where they could learn the basics of whipsawing and making plowshares and traditional wooden toys, put together a layout of a bathhouse, compete in nails hammering, test your strength and dexterity in a battle with an "unstoppable log", play an unusually huge version of the game "Jenga", which the organizers, in the local manner, called "Kizhenga". The festival was adorned with the performances of the members of the Kizhi Museum folklore and ethnographic ensemble.

The island visitors, who witnessed the carpentry contest, had the opportunity to choose the winner in the nomination “The Audience Choice Award”. Voting was held in an unusual way and in line with the festival theme: in order to cast their vote to the team they liked, the guests had to tap a nail into the stump put next to the competition work.

As a result, the Audience Award went to the team of Oulu Vocational College (Finland). By the decision of the jury, the winner of the festival was the team of LLC “Exciton” specialists from Karelia. They made a wonderful merry-go-round for the joy of local and visiting children. All competition participants were awarded with the commemorative prizes and received the certificates of participation. 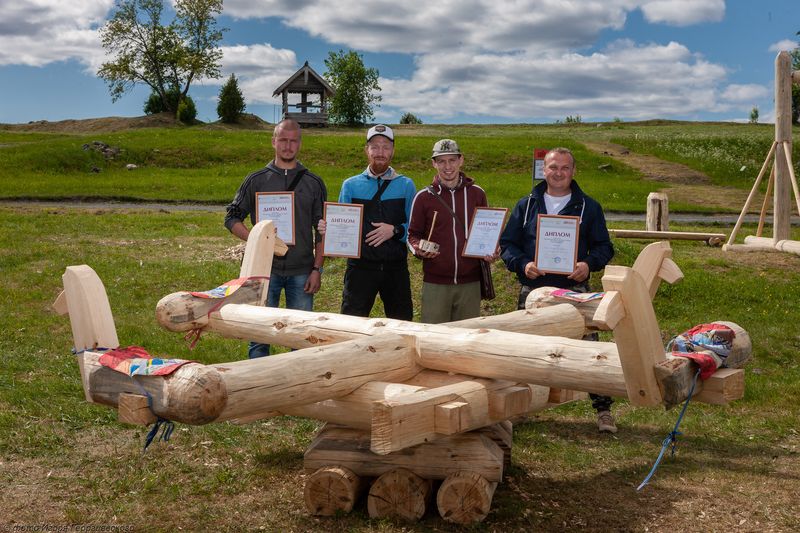 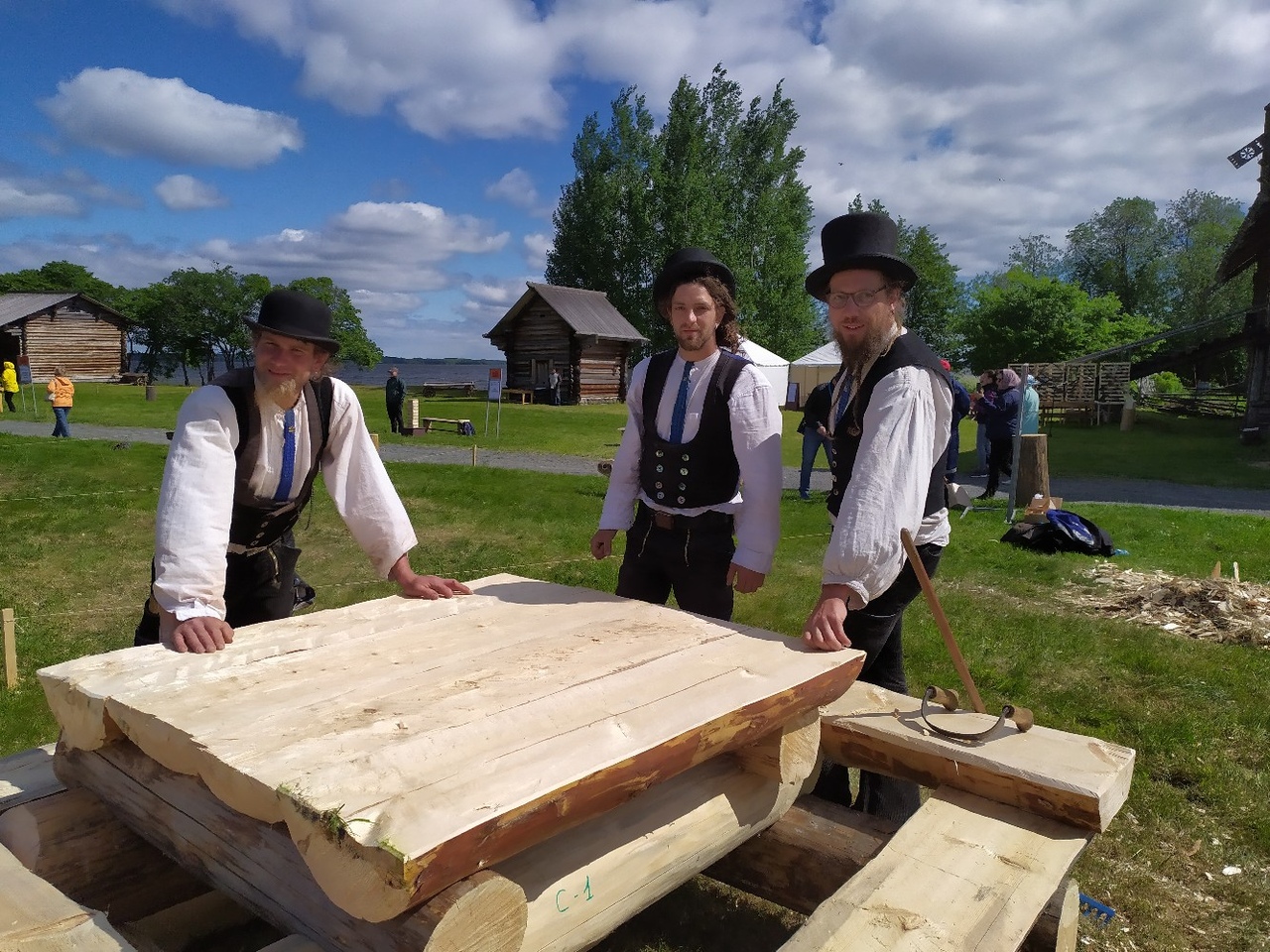 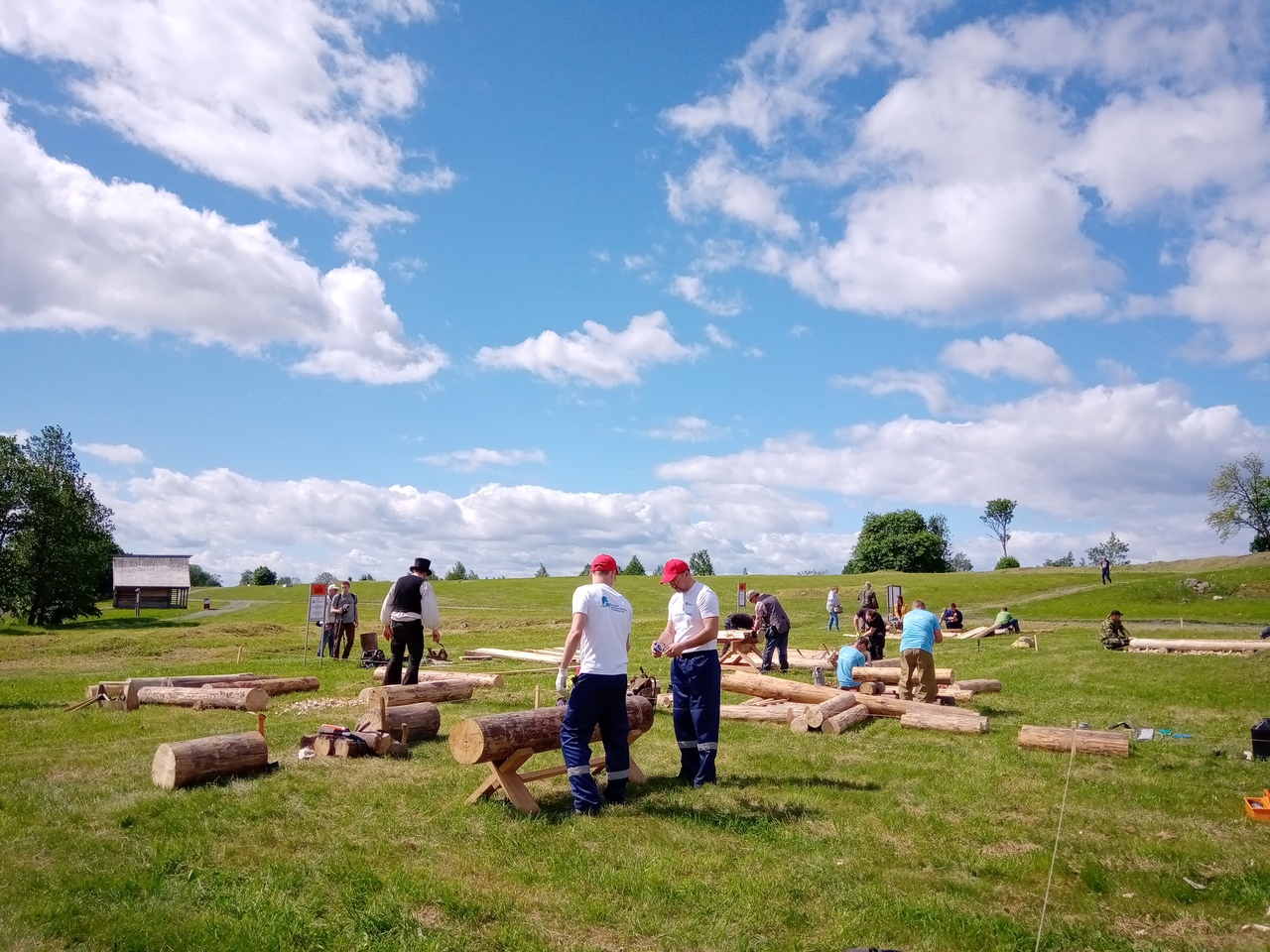 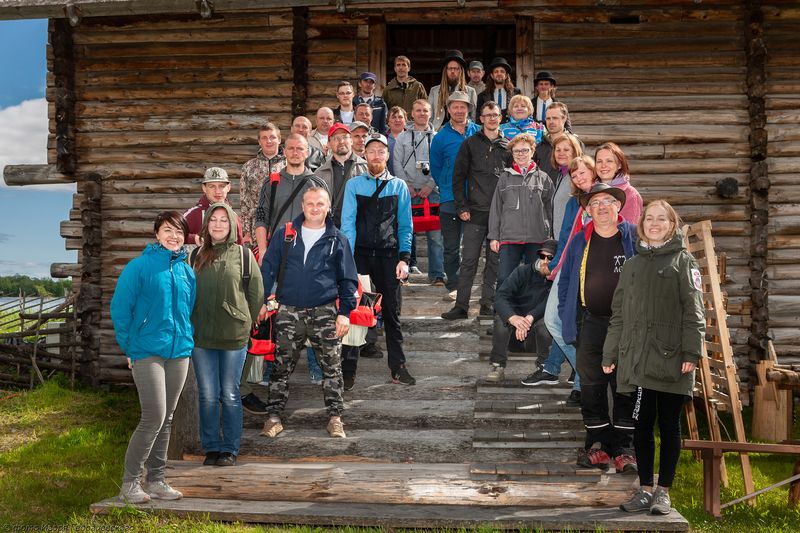 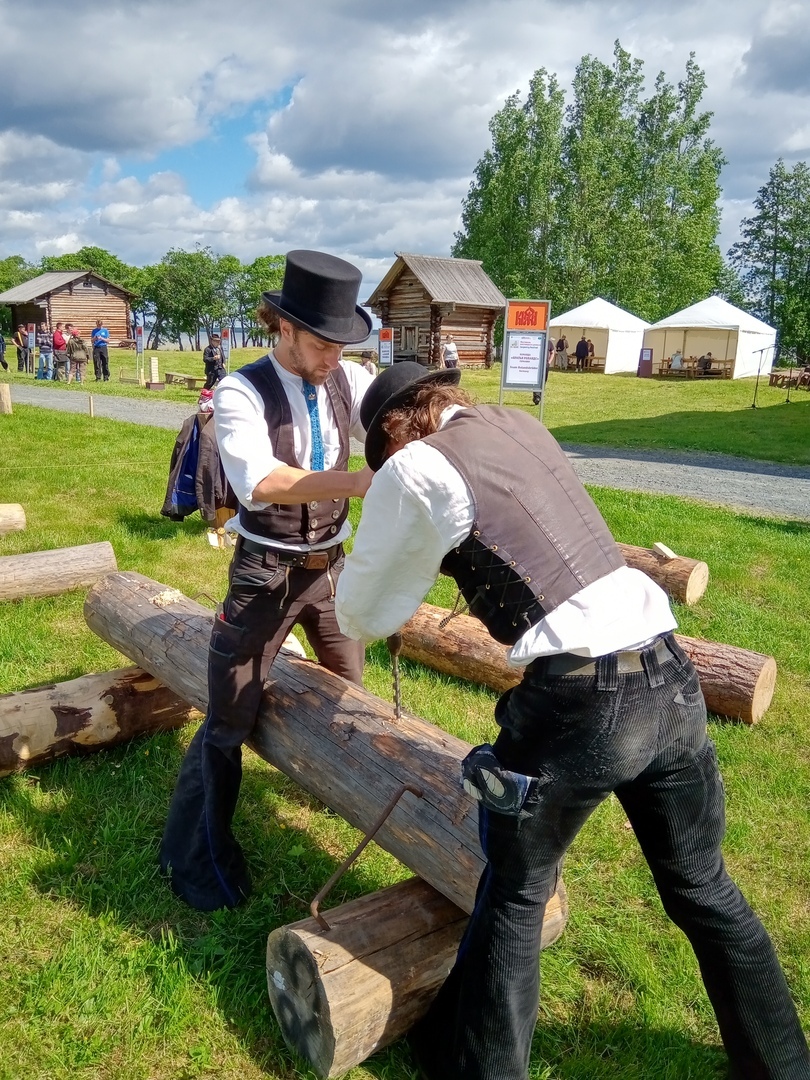 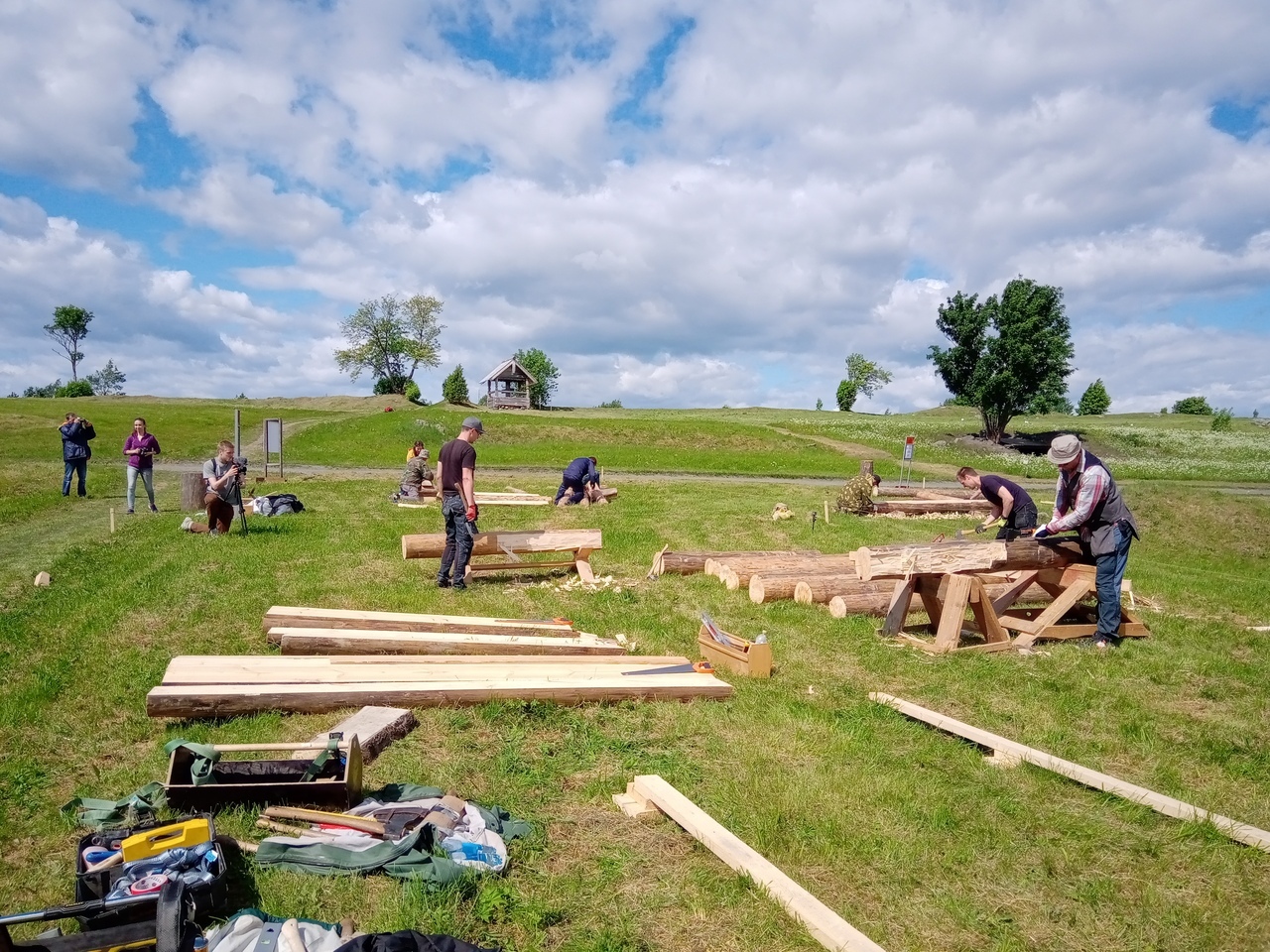 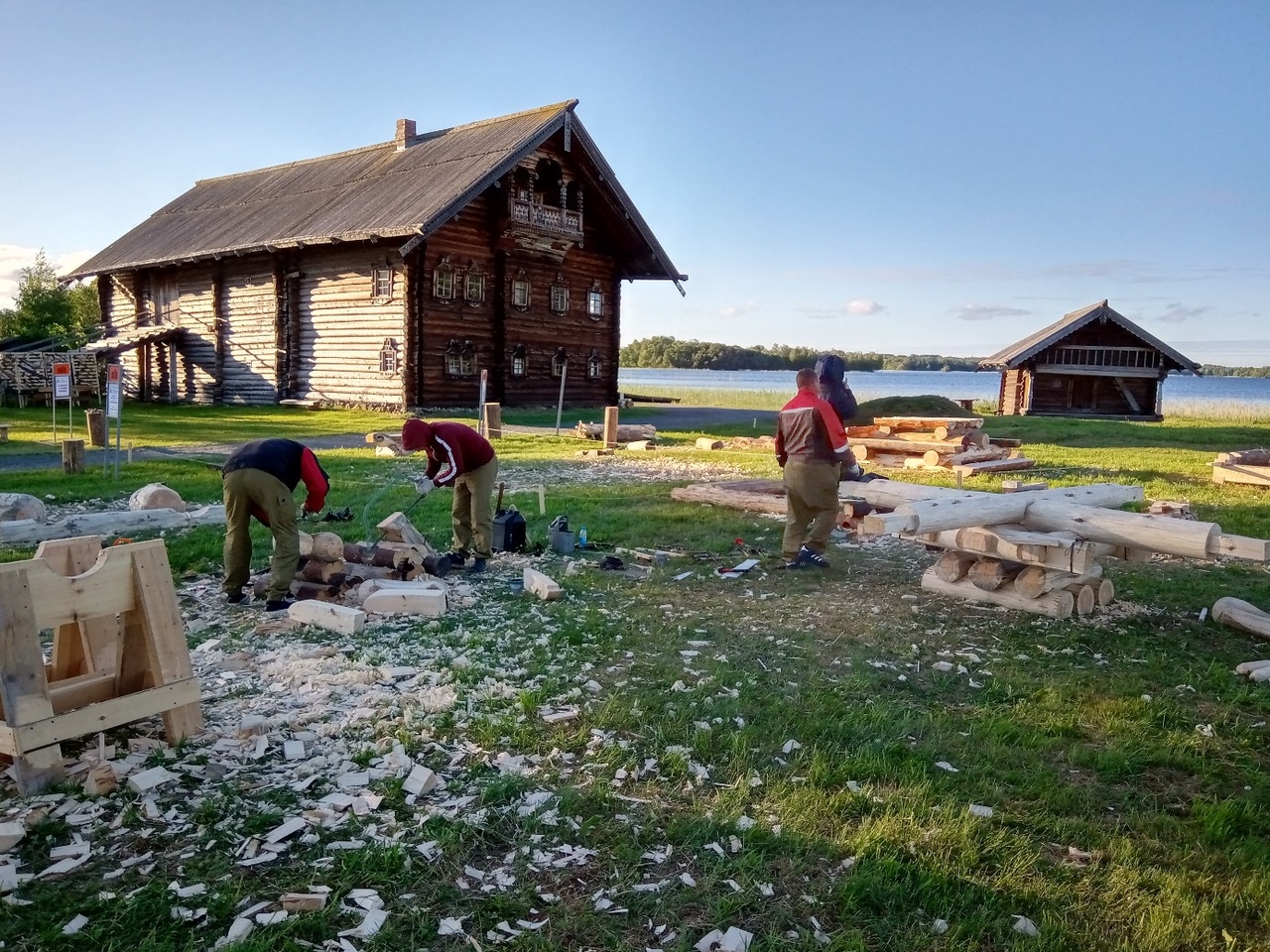